I know you’re all wanting to see Stevie and Brandon’s wedding pictures but you’re just going to have to wait.  First comes the engagement pictures, taken around Rittenhouse Square just a few days before the big event. 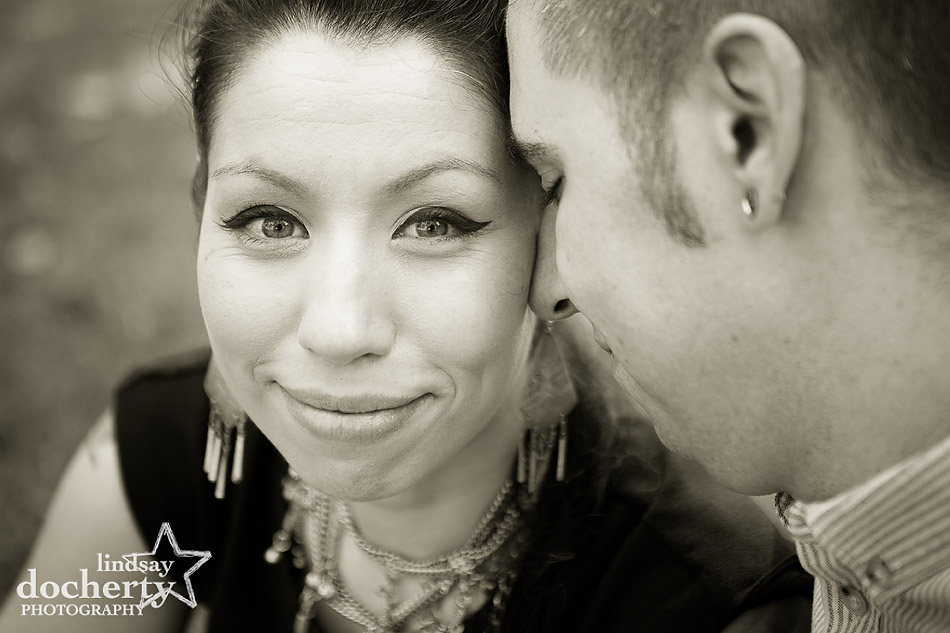 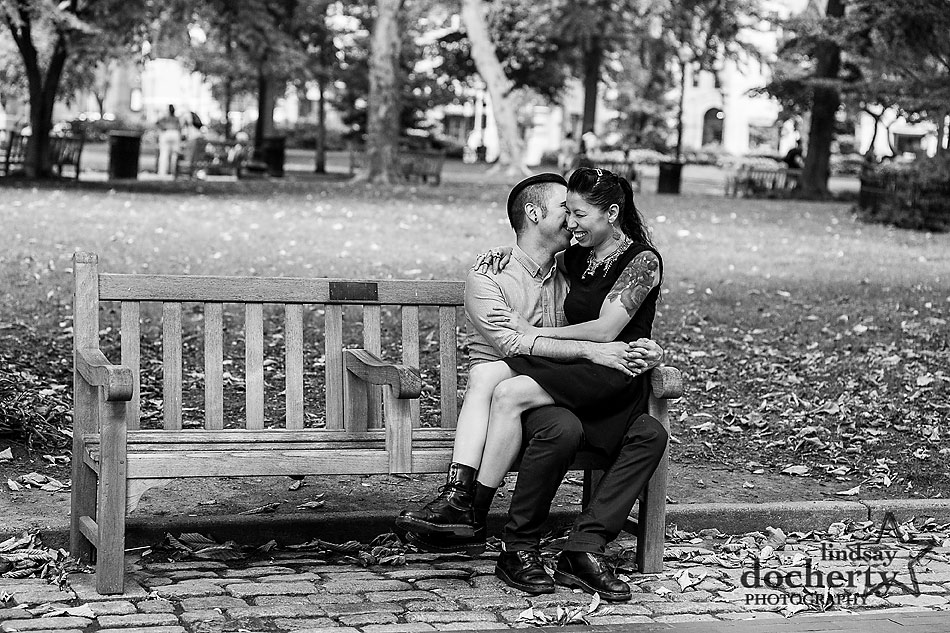 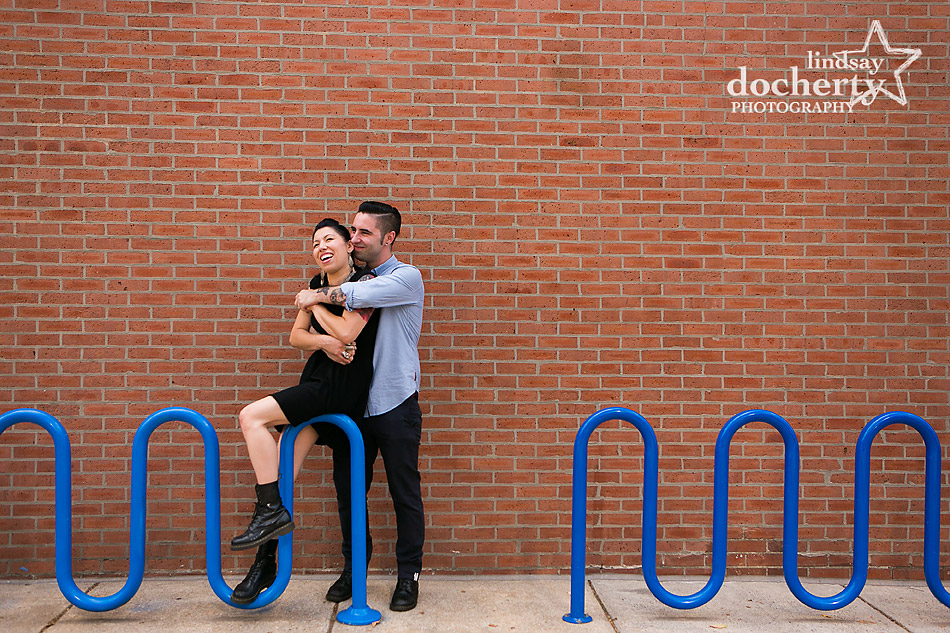 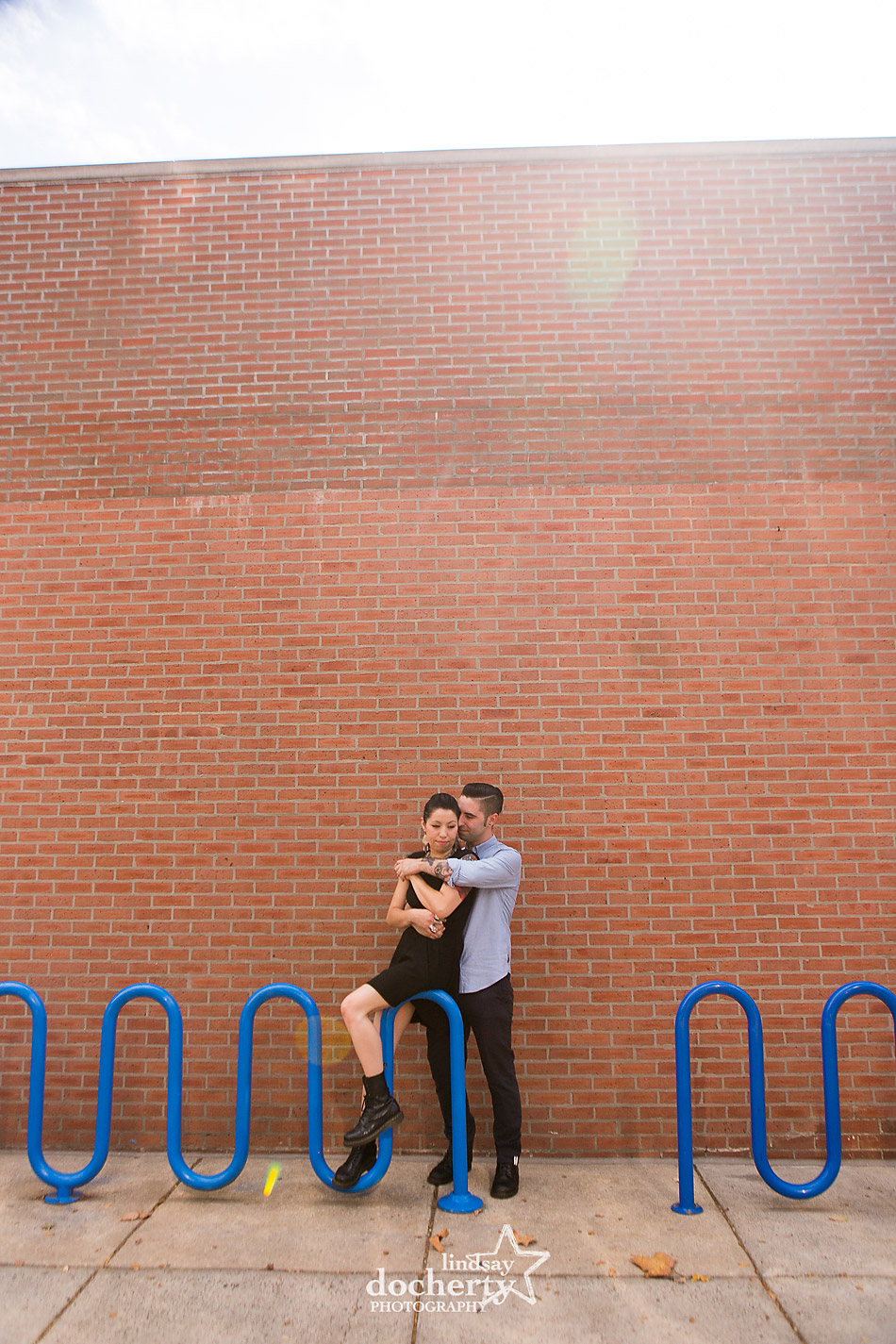 They met after a show at the Khyber though there is debate over how it all went down.  He attempted a bad pickup line and she called him out on it.  Stevie, a fashion designer working at Urban Outfitters, found out that he was an art student and was smitten. 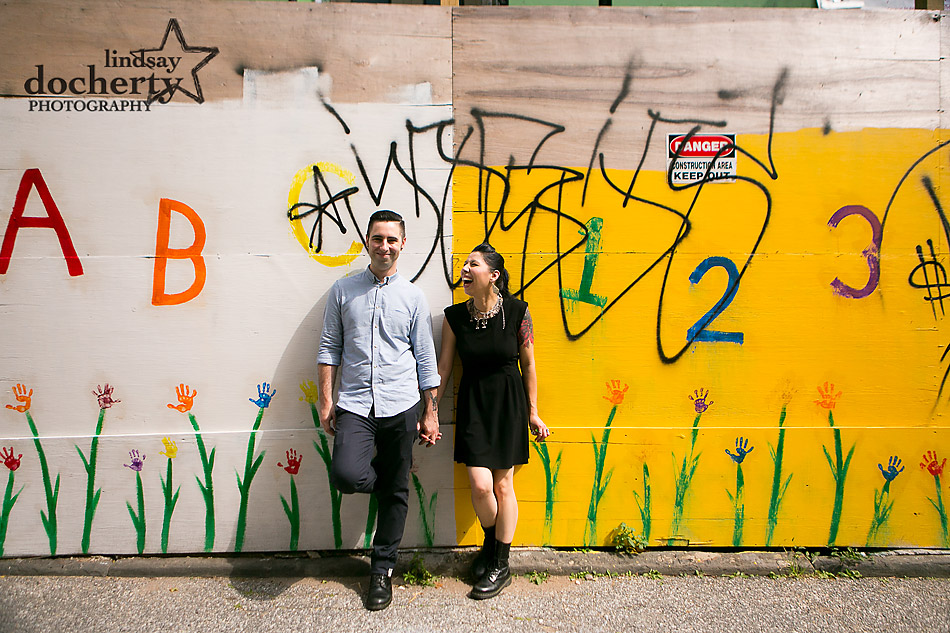 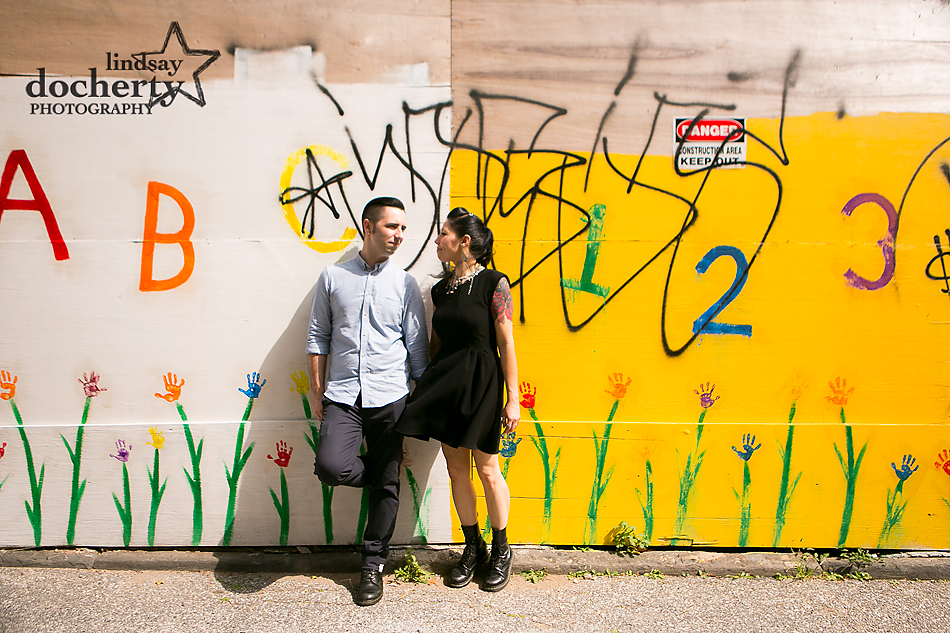 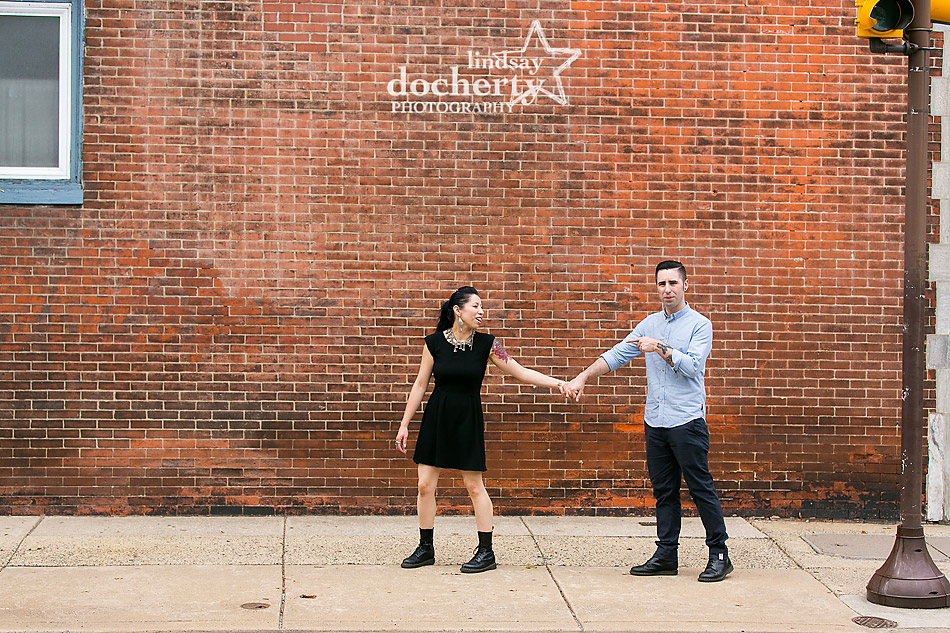 Regardless, they began seeing each other and realized that Stevie had even moved in and wasn’t going anywhere. 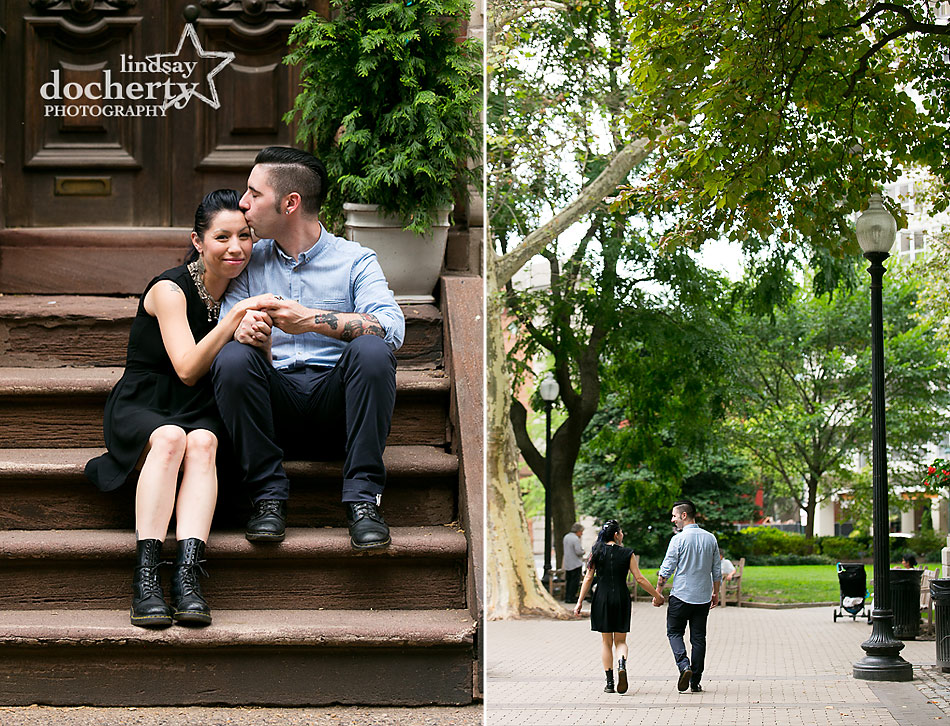 They share three cats of varying intelligence, watch TV, make animal noises at each other, and go on road trips. 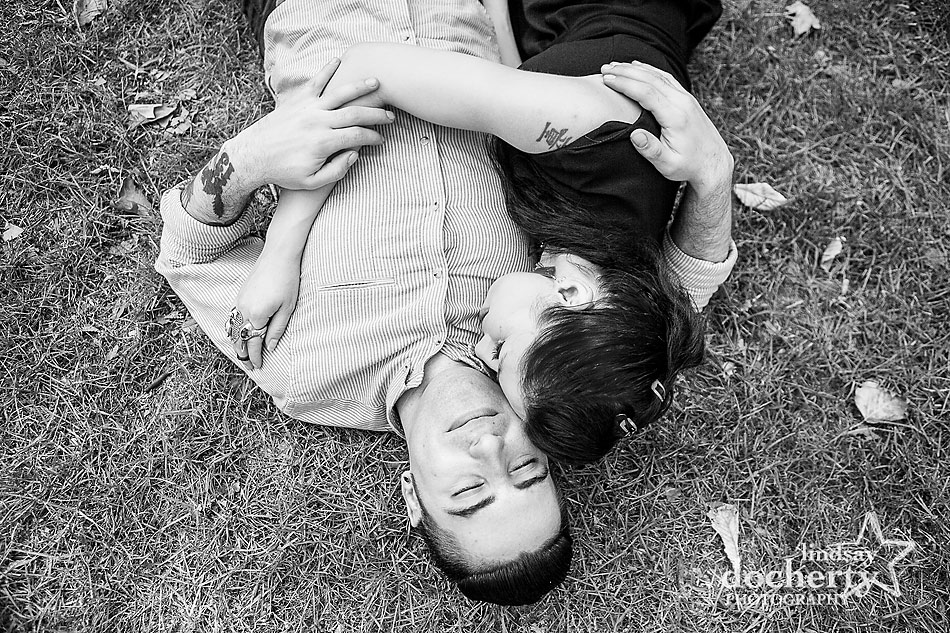 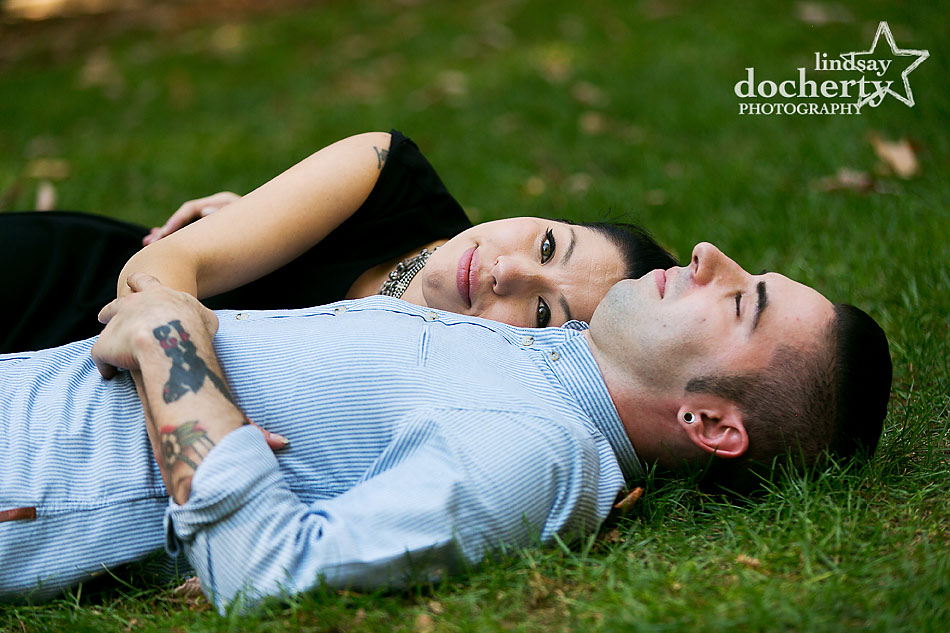 Brandon would frequently propose to her in jest,  She always asked where the ring was.  One day he asked her to marry him and backed it up with a cupcake and a ring.  Stevie cried uncontrollably.  It was yes. 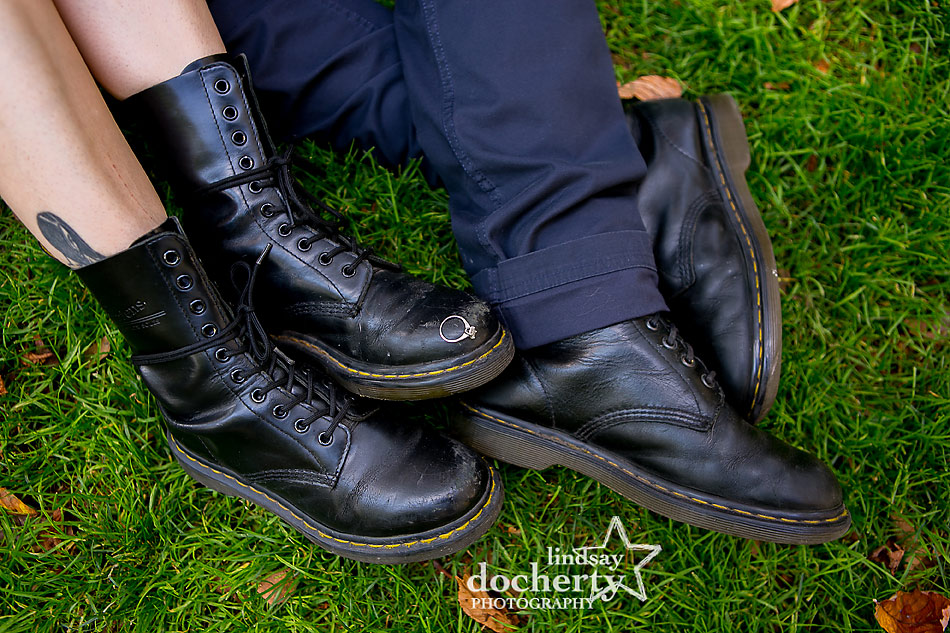 You will see pictures of their amazing wedding soon.  For now, congratulations on everything! 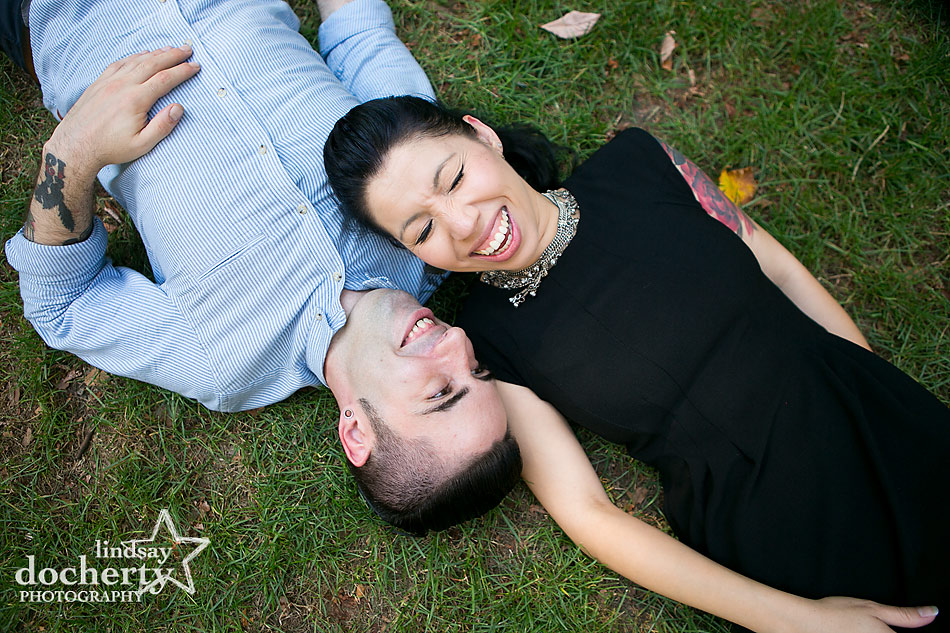 This whole world is wild at heart and weird on top.
~ David Lynch 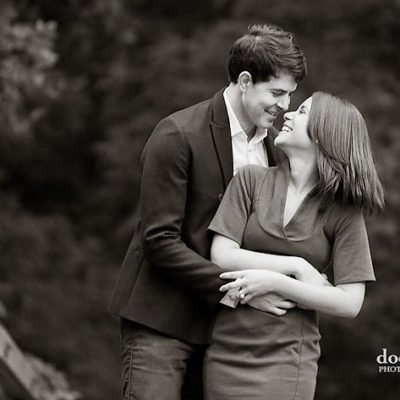 Lisa and Jeff are incredible. We played around in Washington DC for their engagement session and I just can’t wait to show you everything that we got. Are you on the edge of your seat? You should be.
Engagement October 10, 2011
October 10, 2011 ● Engagement
READ MORE 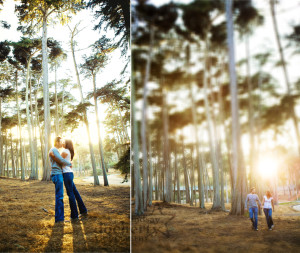 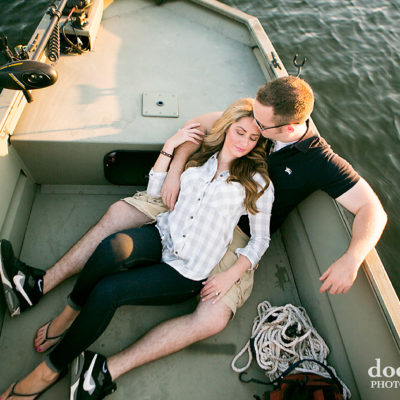