It was Ashley and John’s first time in Philadelphia.  They have a history of going to baseball games in different stadiums so they had picked a Phillies game for John’s birthday trip.

John and I had been planning this for some time.  We had changed the date a bit when other events came up on Ashley’s calendar and we wanted to avoid suspicion. 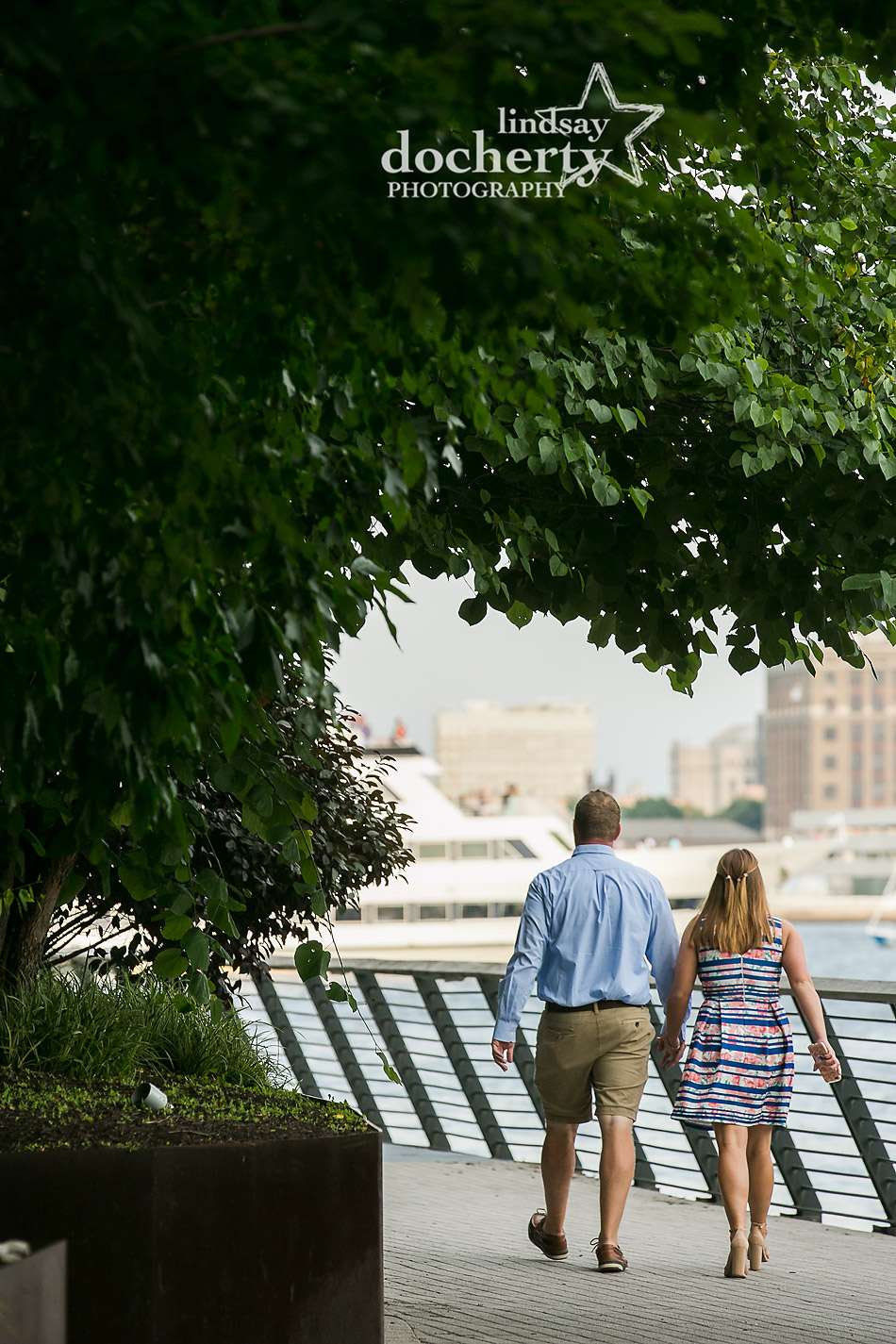 The temperatures were around 100 that day but Ashley and John arrived at Race Street Pier as expected.  He and I had gotten into the details of the surprise proposal.  I had drawn a heart at the spot where I wanted him to stop so that the blue Ben Franklin Bridge would be behind them. 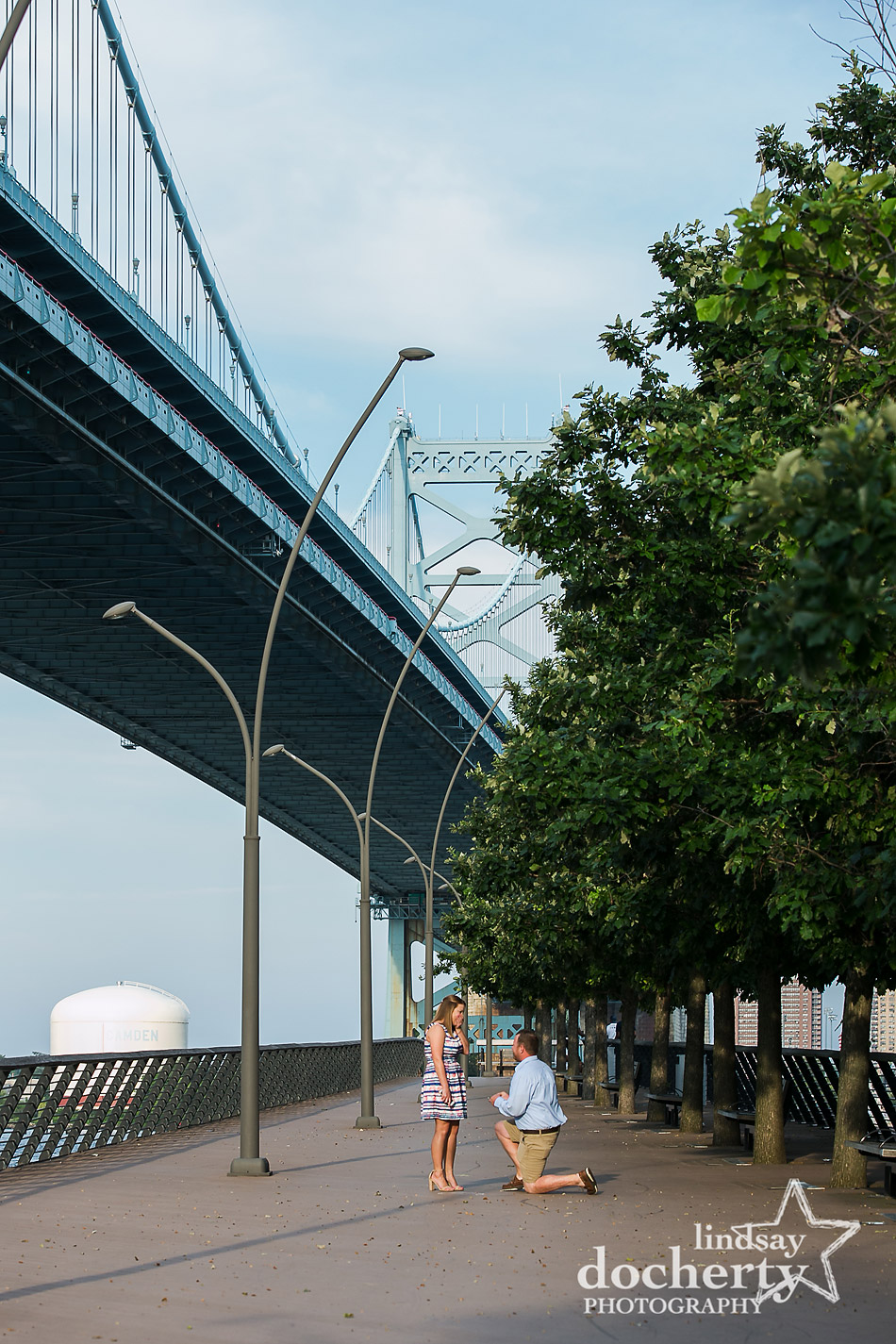 It went off without a hitch! 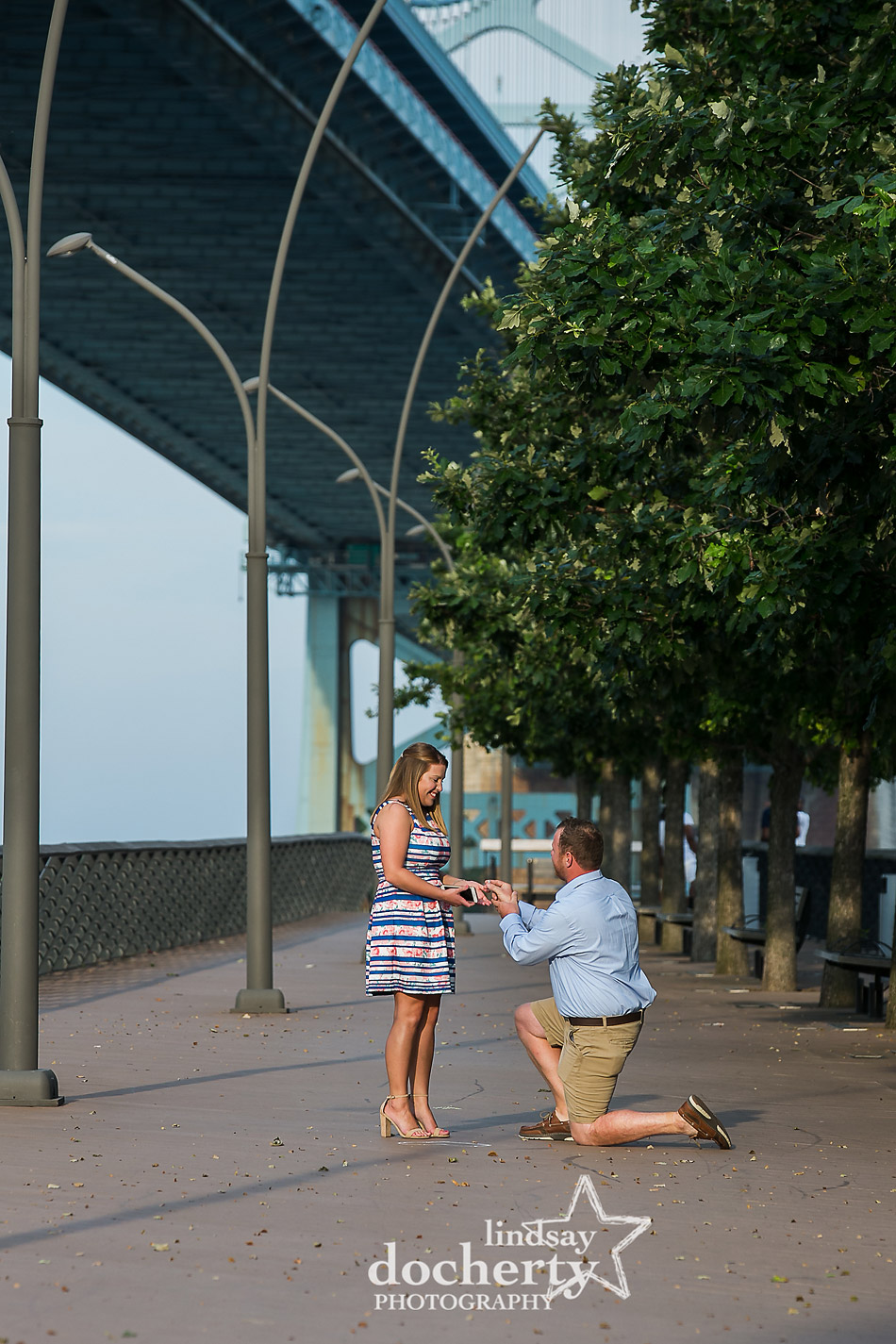 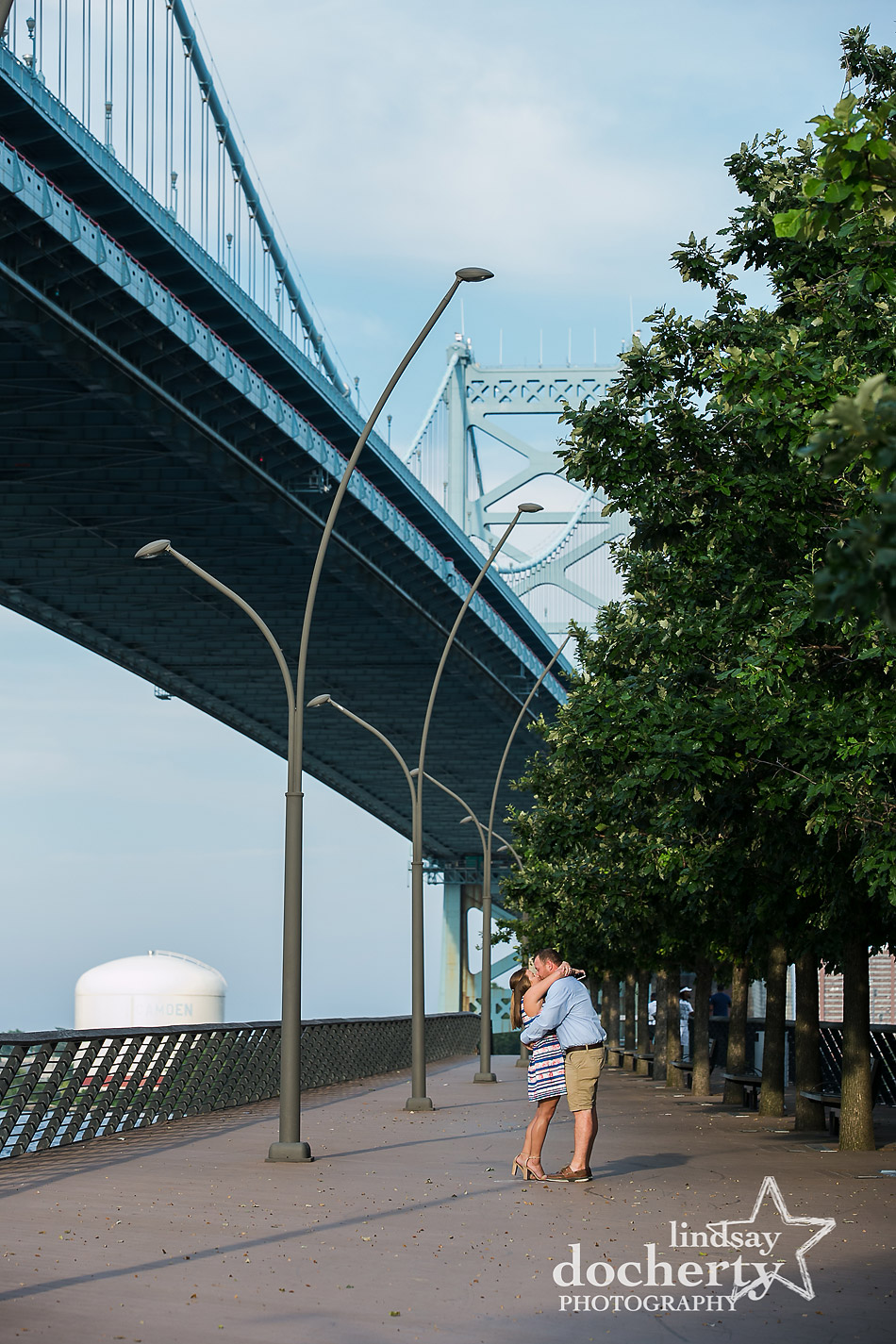 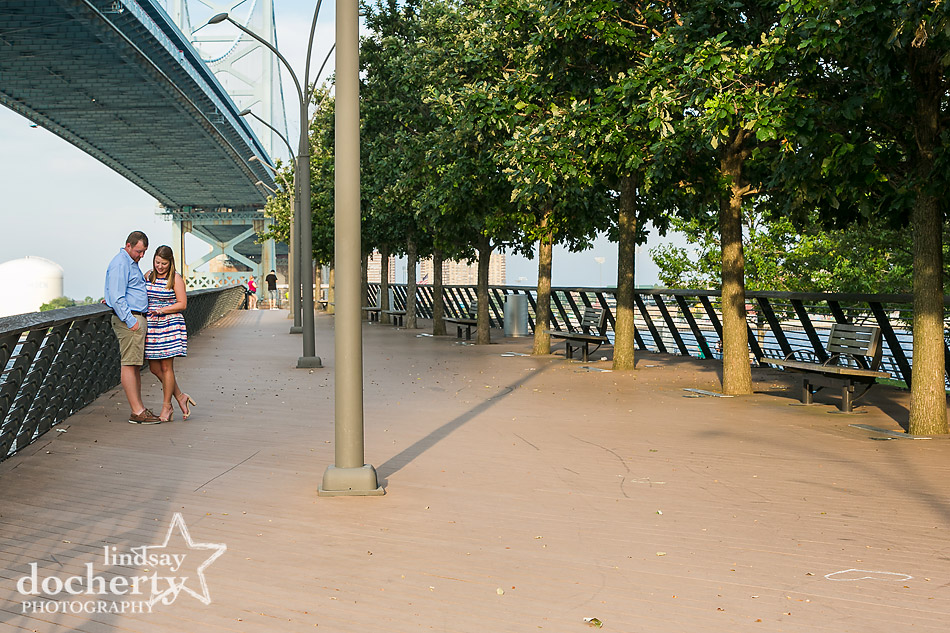 Ashley was still trembling when I approached them with congratulations. 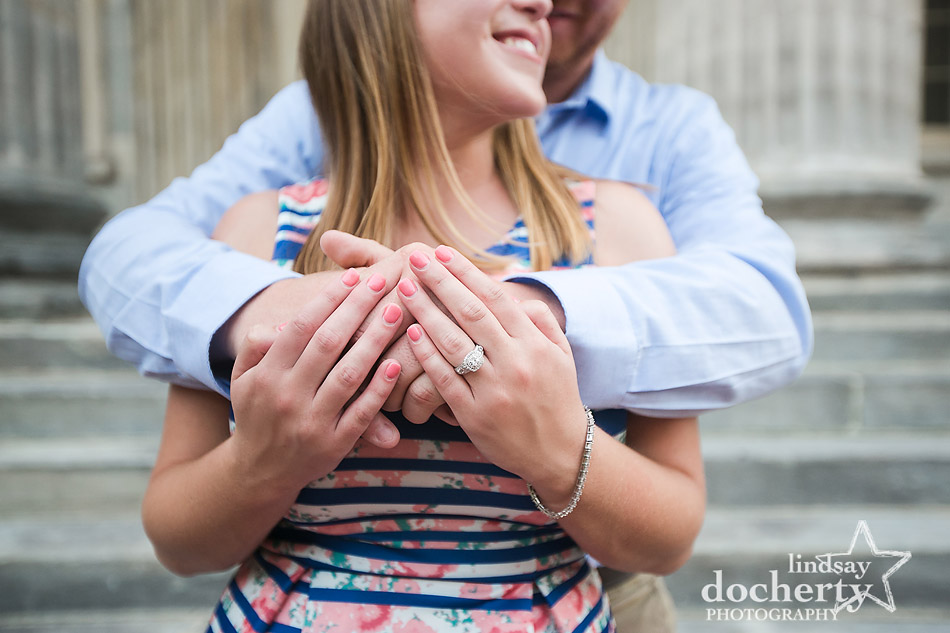 The two met in 2015 through a dating app and their first date was out for burgers.  Their second date was to a Rascal Flatts concert. 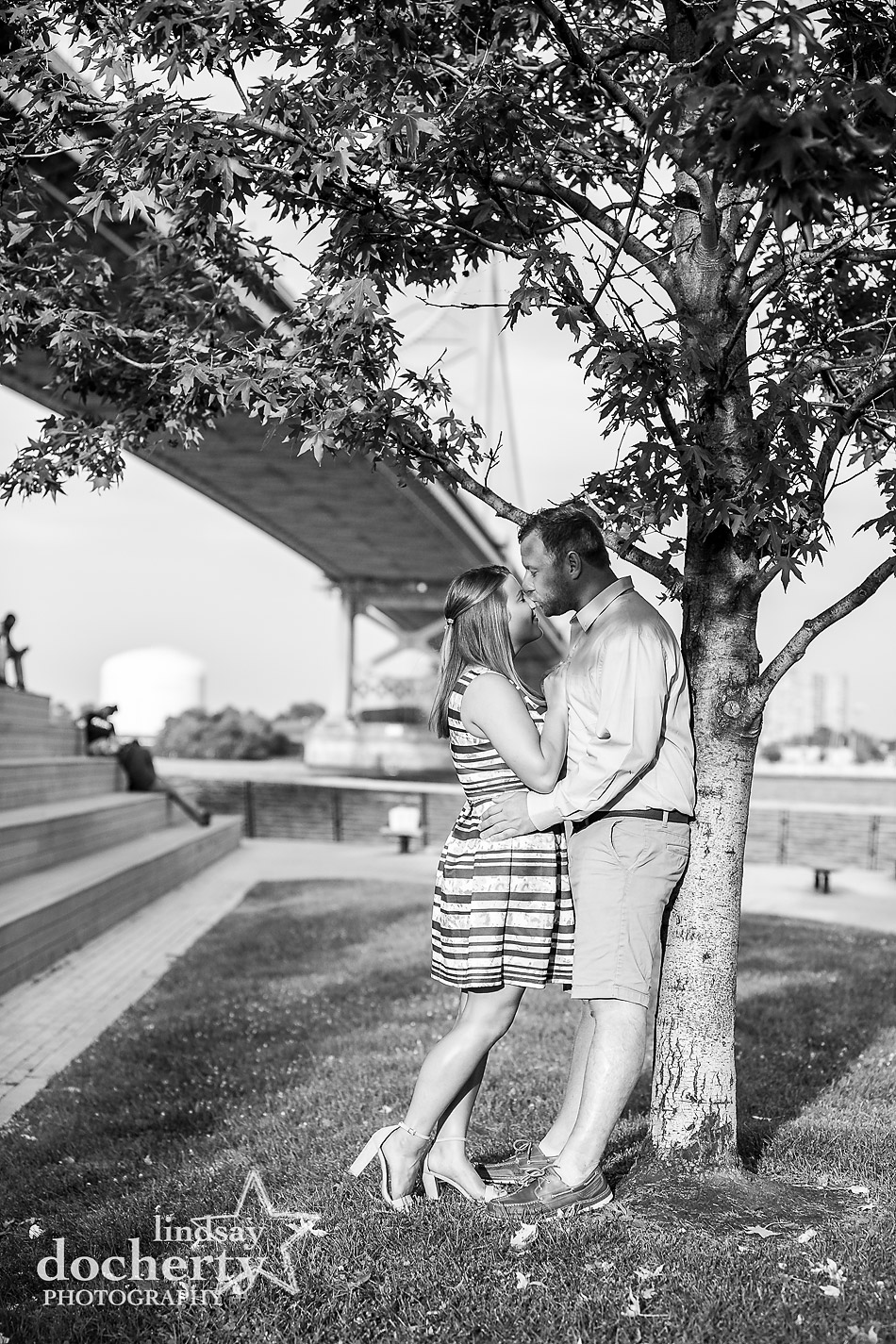 John has always sworn that he would never get married and played it so cool even on the day of the proposal.  Still, you could tell by the way he looked at her and the little things he said about her that he is utterly and completely smitten with Ashley. 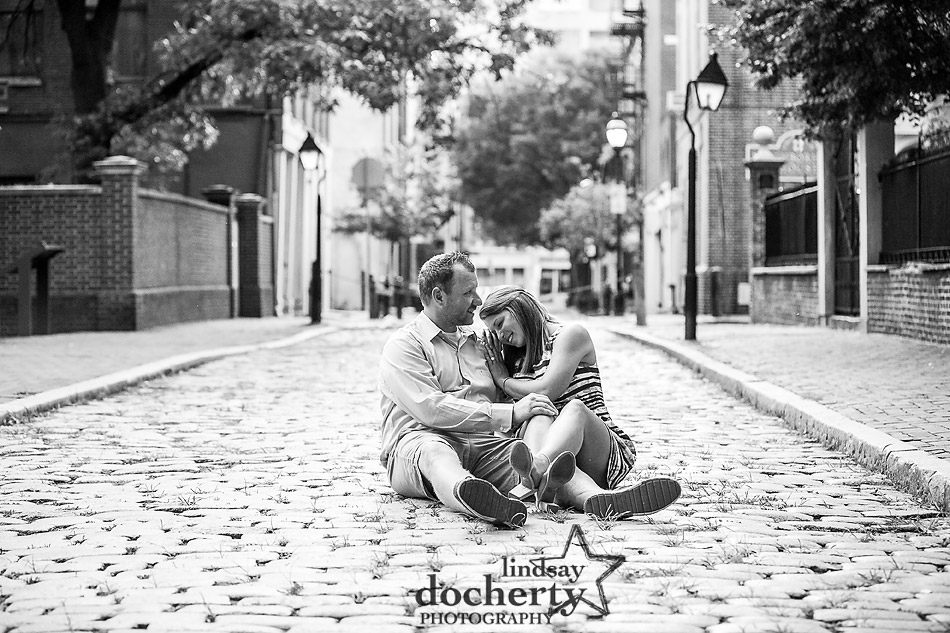 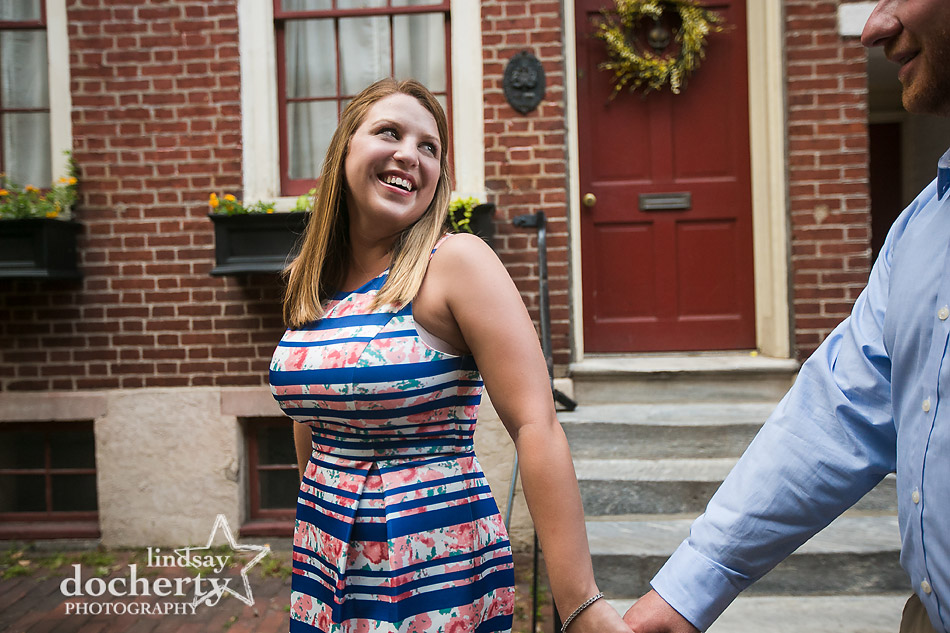 As a type-A personality prone to stressing, she says that he has helped her be a lot better about going with the flow.  As clichéd as it sounds, they have made each other better. 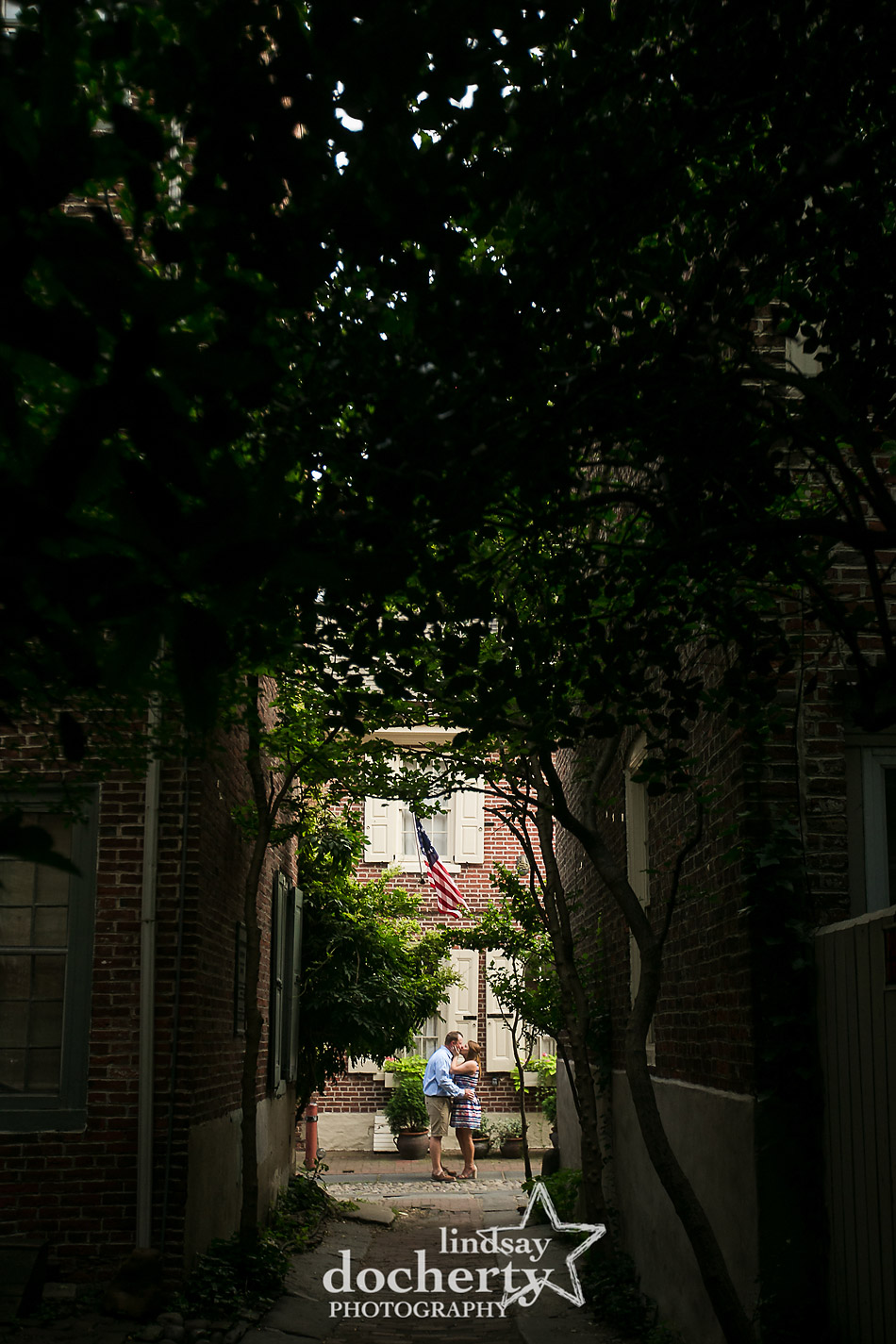 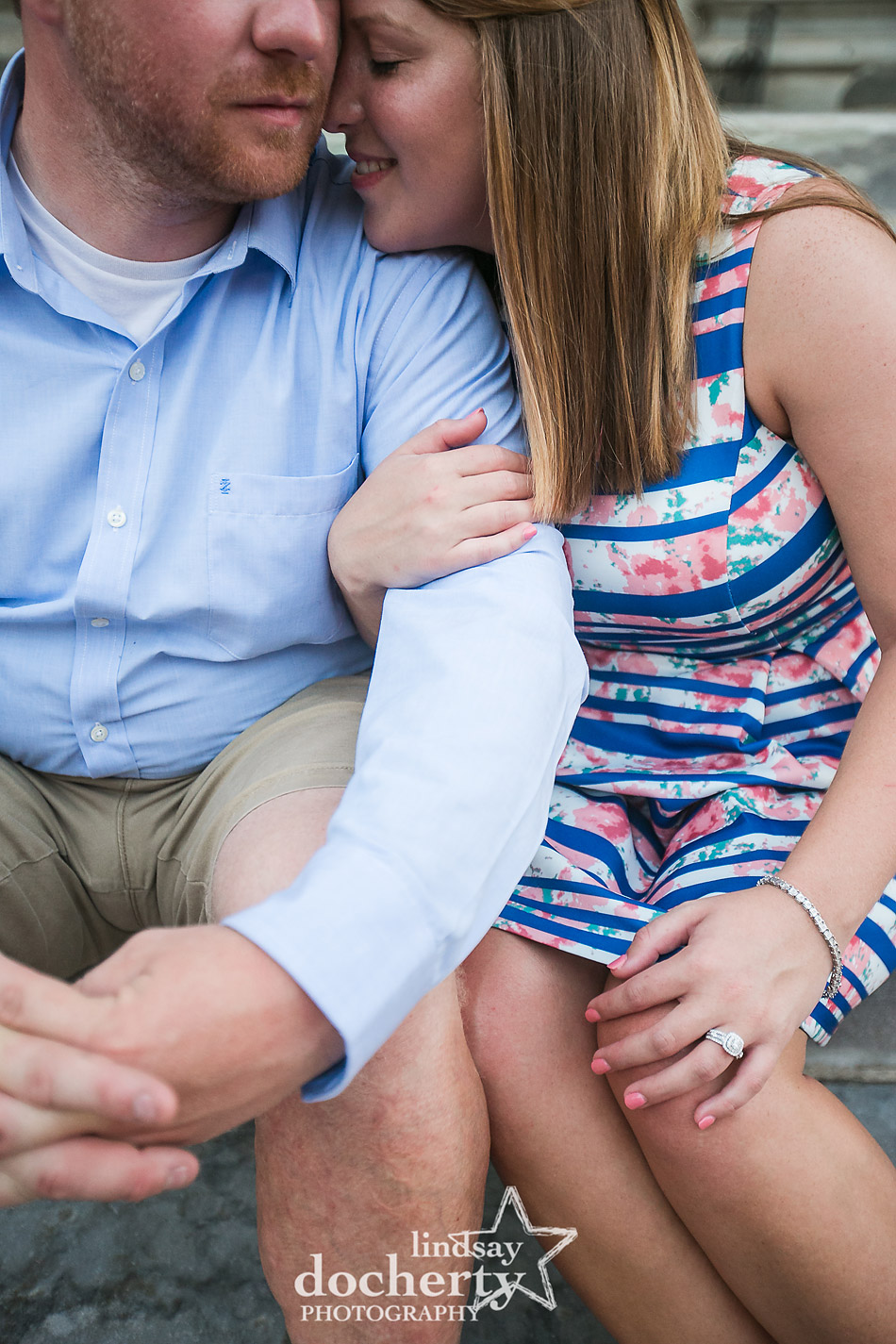 In addition to their home in Williamsport, PA, they have two dogs and spend their non-traveling time together golfing, something Ashley picked up so they could see each other more. 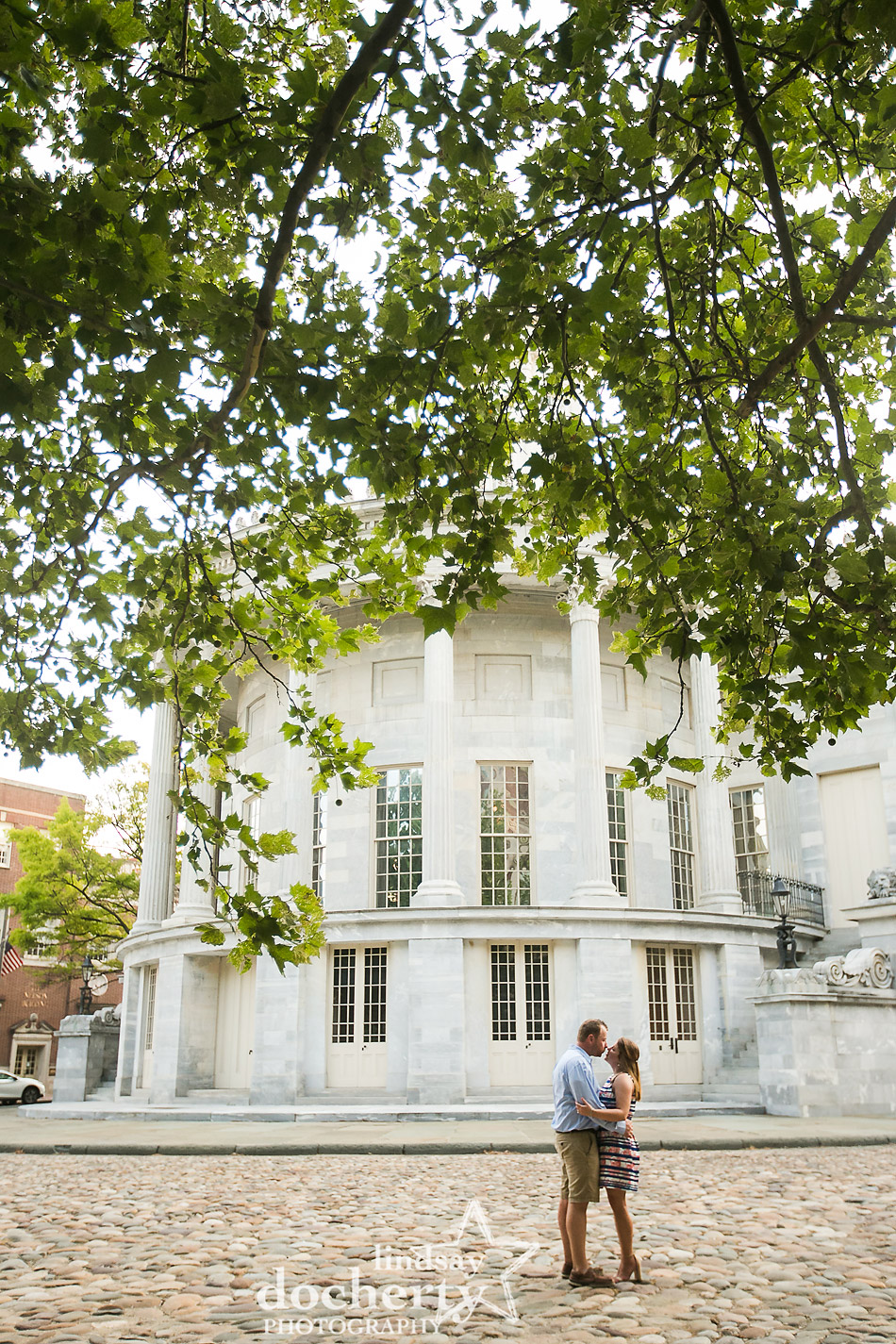 They were so kindly game for all of the walking I had them do in Old City but I just couldn’t get enough of the two! 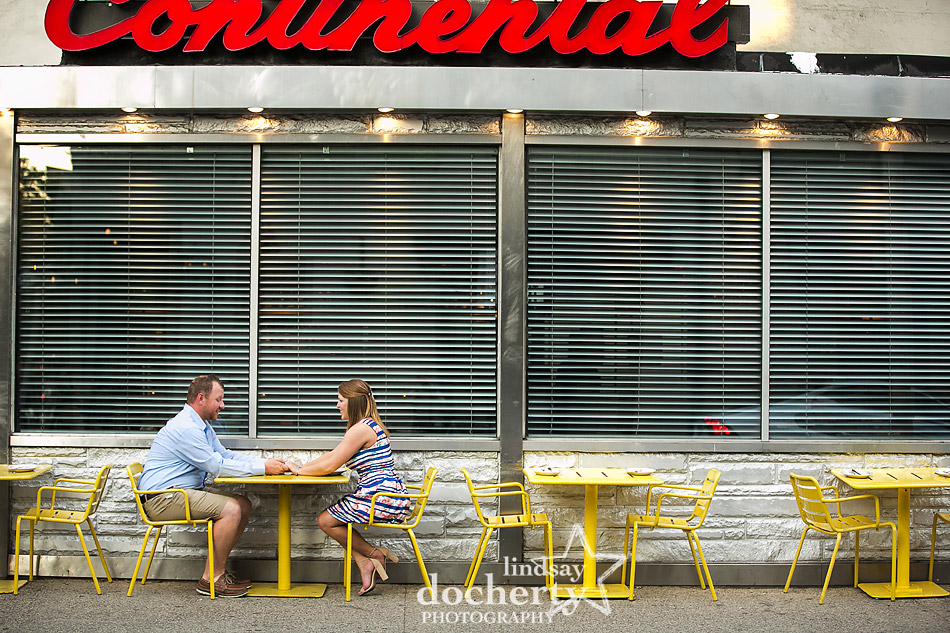 They’ll be married next year up by the NY Finger Lakes.  So many congrats! 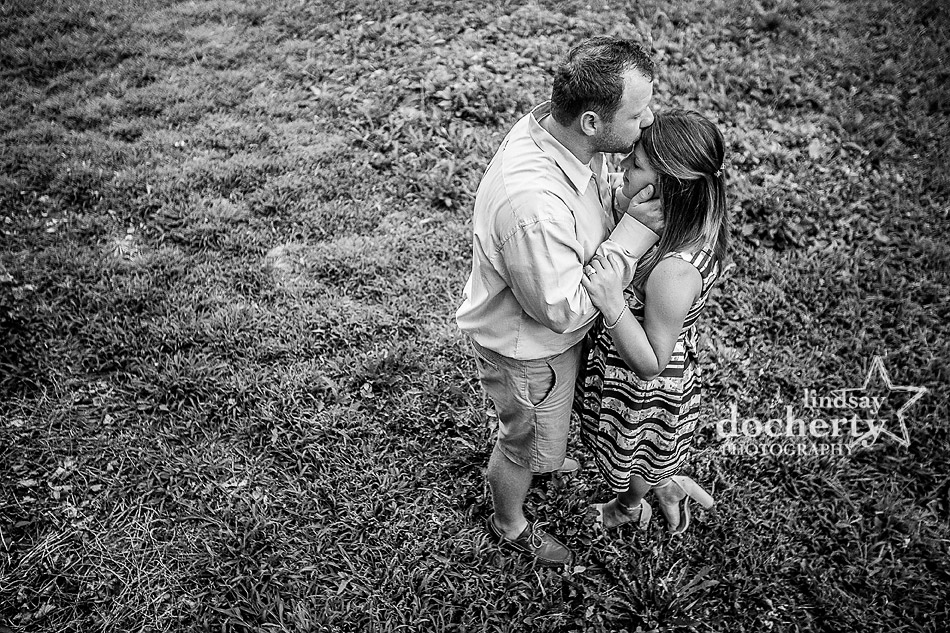 Don’t be afraid to fall
I’m right here to catch you
I won’t let you down
It won’t get you down
You’re gonna make it
Yeah I know you can make it
~ Rascal Flatts, “I Won’t Let Go” 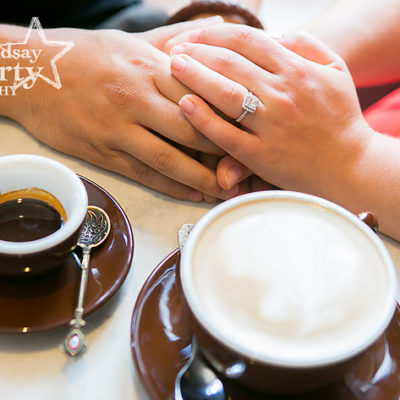 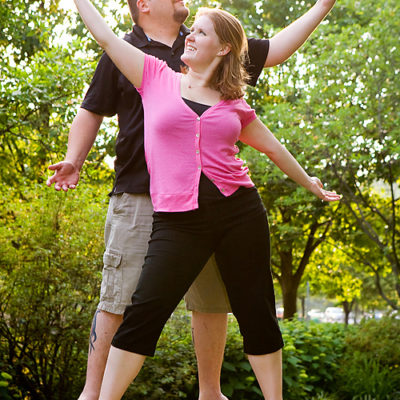 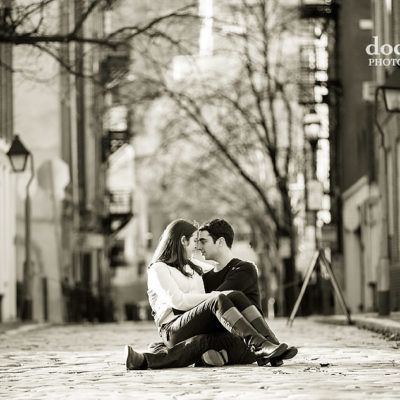