At our high school reunion, Nicole told me that she wanted me to photograph her wedding.  She didn’t have the guy yet but she wanted me to be the one behind the camera.  I was flattered but assumed she’d forget by the time it rolled around.  Lo and behold, Nicole met Michael soon after and I heard from Nicole earlier this year to let me know that it was go time!  I was thrilled!  The Nicole I remembered was popular, beautiful, intelligent, humble, and kind.  You couldn’t not like Nicole.  I’m happy to say that she’s still the same.

It was an overcast day in the high 60s and practically perfect for suits and long dresses and fabulous for me as a photographer (overcast days means soft light = no harsh shadows on anyone’s faces or squinting).

Everyone got ready at the freshly revamped The Notary Hotel, right across the street from Philadelphia City Hall.  Nicole had visited a slew of dress shops before landing on the billowing Jenny Yoo with an illusion back and a dramatic train that Nicole was positive would pick up all the dirt.

Michael would be wearing his grandfather’s ring that day in their Jewish ceremony and Nicole a beautifully dainty gold band as well as a fabulous opal ring owned by her late Nana.

Nicole looked incredible with her long, dark hair worn down in loose curls that somehow lasted all night long.  Though they had seen each other that morning in hustle and bustle of a wedding day, they shared their first look at City Hall while a trumpet player created the background music.

I could spend hours just shooting around the few blocks surrounding City Hall but I reigned myself in to some classics on Broad Street and a few more around Dilworth Plaza.

The bridesmaids were lovely in their customized emerald green gowns.

Within spitting distance was their venue, ONE North Broad (also known as the Masonic Temple).  It is an unbelievably magnificent building with ornate architecture, sweeping staircases, marble statues, and richly decorated rooms behind every door based on themes of the ancient architectural world.  It truly is an extraordinary space.

Michael’s childhood rabbi, the one who presided over his bar mitzvah, made the trip from North Jersey to officiate their ceremony.  Nicole and Michael signed the ketubah in front of immediate family and the wedding party in the Egyptian Room.

Guests were seated in Corinthian Hall, a huge Grecian room with velvet benches lining the massive aisle.  The couple’s chuppah was created with elements from both families – his late grandfather’s tallis and a veil worn by several generations of women in Nicole’s family as well as a beautiful lace tablecloth made by her grandmother.  The kiddish cup used during the ceremony was the same one used at his bar mitzvah.

An Irish folk band played during cocktail hour and into the reception.  They had loved the music on a trip to Ireland a couple years ago and knew it would have to belong to their day.  (And it’s a nod to “the paler half of Nicole’s heritage”.)

Nicole and Michael swept into the reception in the Grand Ballroom with the rest of their guests, not wanting a dramatic entrance.  This room showcases stained glass windows and a huge bronze statue of Benjamin Franklin.

They shared their first dance to “The Dreamer” by Tallest Man on Earth.  The have a long-standing tradition of going to the Newport Folk Festival every year with Michael’s family and this is one of their favorite bands.

I feel that the hora should be at every wedding.  Other denominations should find a way of incorporating it into their traditions because it is just so much fun in its happy frenzy.   You cannot help but laugh as you’re being swung around in circles and then the pure terror when you’re hoisted up and hang on for dear life.

Speeches by friends and family were hilarious, offering glimpses into their individual and shared neuroses (as any great wedding speech should!).

It was a beautiful day with these two and their families.  Nicole and Michael, I’m so happy for you and your beautiful new family!

Oh sometimes the blues is just a passing bird
And why can’t that always be
Tossing aside from your birches crown
Just enough dark to see
How you’re the light over me
~ Tallest Man on Earth, “The Dreamer” 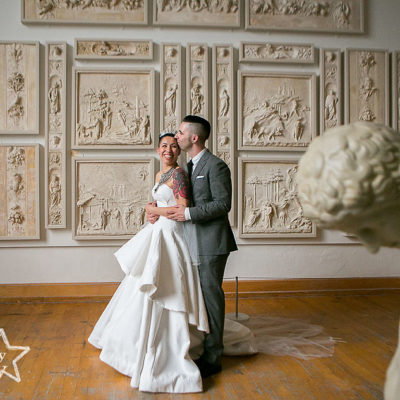 What happens when you mix a fashion designer and a classically trained artist for a wedding in one of the most beautiful venues in the city (PAFA)?  Skulls, salsa, keys, strings, Falcor 2, and way more visual spice that you can imagine.
Wedding September 15, 2014
September 15, 2014 ● Wedding
READ MORE 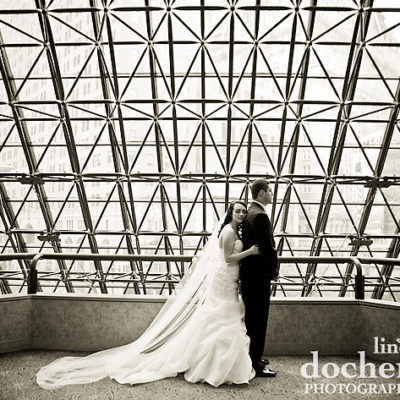 If there is a calm before the storm, it wasn’t happening at Becca and Nick’s wedding this past Saturday. Their ceremony was held at St. John the Evangelist and the reception was rocking at the Philadelphia Center City DoubleTree Hotel. Batten down the hatches and stay tuned for more of Becca and Nick!
Wedding October 29, 2012
October 29, 2012 ● Wedding
READ MORE 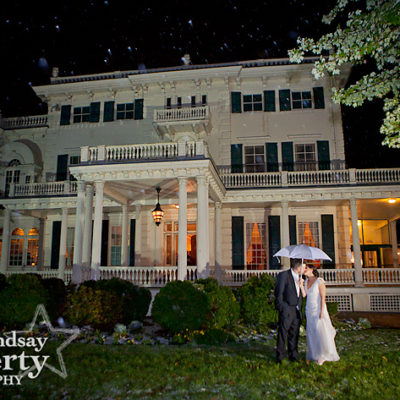 I’m pretty sure that the way I spent the freak snow/hail storm this Saturday beats whatever you did. Wait til you see the rest of the pictures from Stephanie and Nick’s wedding at Philly’s Glen Foerd Mansion.
Wedding November 3, 2011
November 3, 2011 ● Wedding
READ MORE