I don’t think Triana and Ankur could keep a straight face for more than 10 minutes if their lives depended on it. And, honestly, I wouldn’t want it any other way. This was the same Harry Potter/Twihard couple I geeked out with at their engagement session a few months ago at Longwood Gardens.

So there we were at Philadelphia City Hall on an incredibly hot Thursday afternoon waiting for these two to say their ‘I do’s. Ankur had arrived at the crack of dawn and elbowed out some fellow to-be-weds months earlier to reserve this date. City Hall weddings are something special because there is so little stuff involved. It really is all about the couple, the closest of friends and family, and a marriage and I think that’s pretty cool. 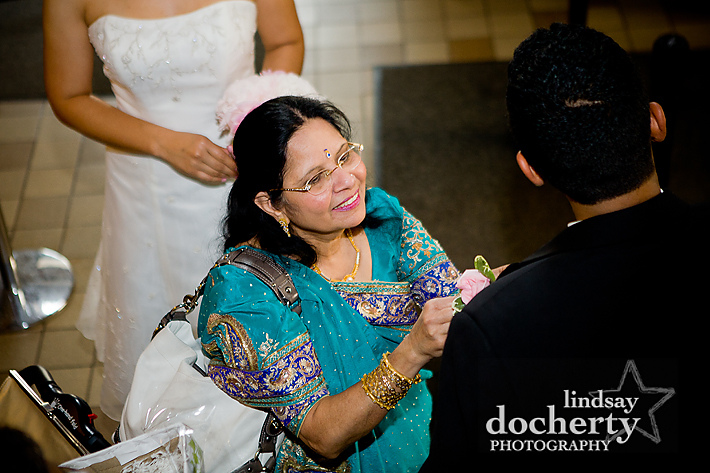 We had some time before the ceremony began so we took a quick pass through the hallways to find some key spots for pictures. As my couples can attest, my photographic mantra is more akin to “it’s better to beg for forgiveness than ask for permission” so when we saw a door ajar to this incredibly beautiful courtroom, there was no doubt about what to do.

As always, the hallways there are just gorgeous. 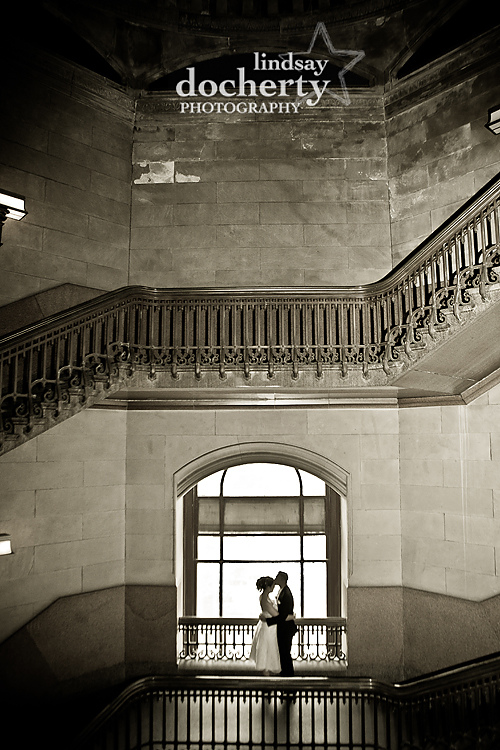 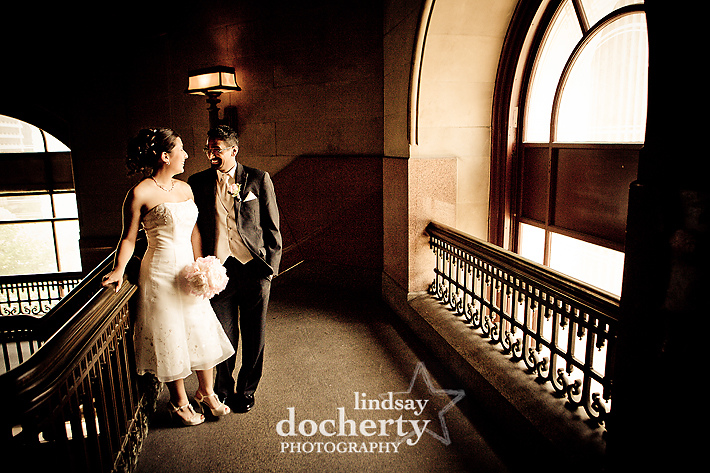 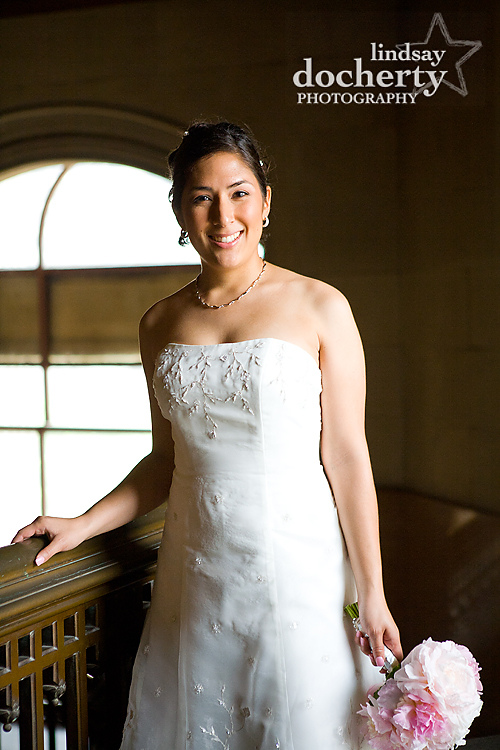 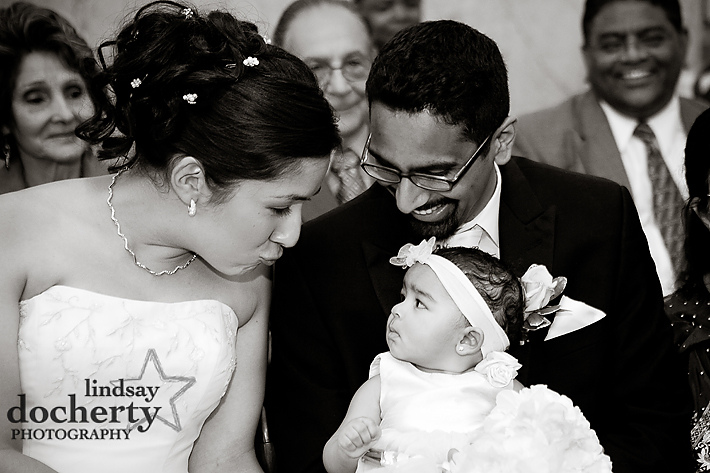 I love a man who comes prepared… 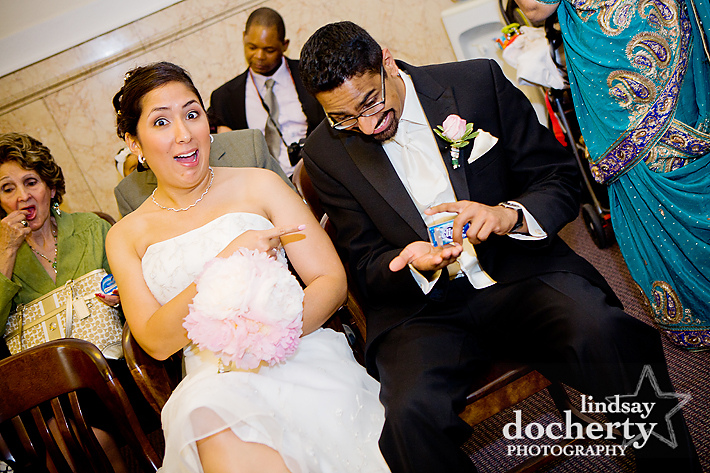 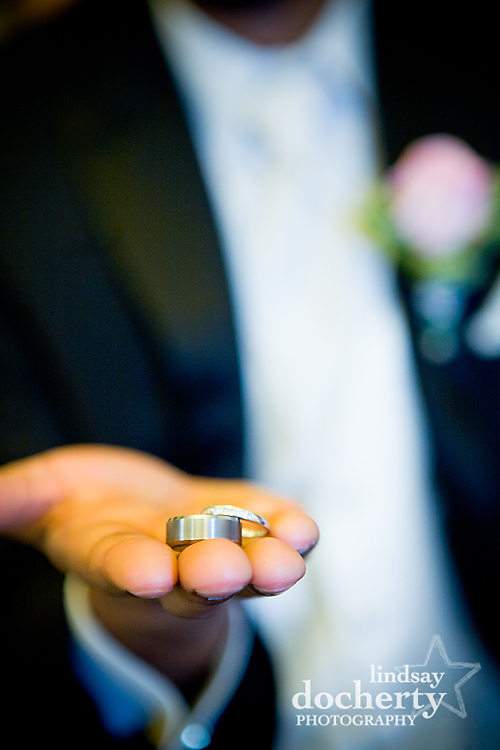 It was our turn to be called into the courtroom. The judge was so friendly and everyone was all smiles. There was such energy in that small room while everyone was standing there, just an arm’s length away from this ceremony. 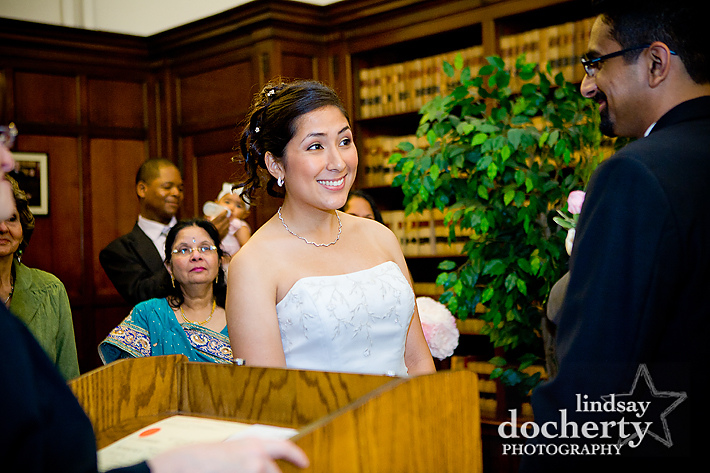 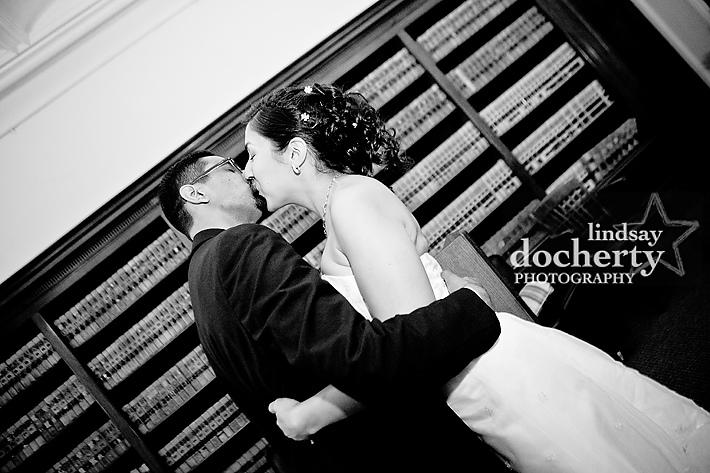 We adjourned to the heat (91 degrees and soooo humid) and took some pictures of everyone outside of the beautiful architecture of City Hall and then the three of us were on our way. 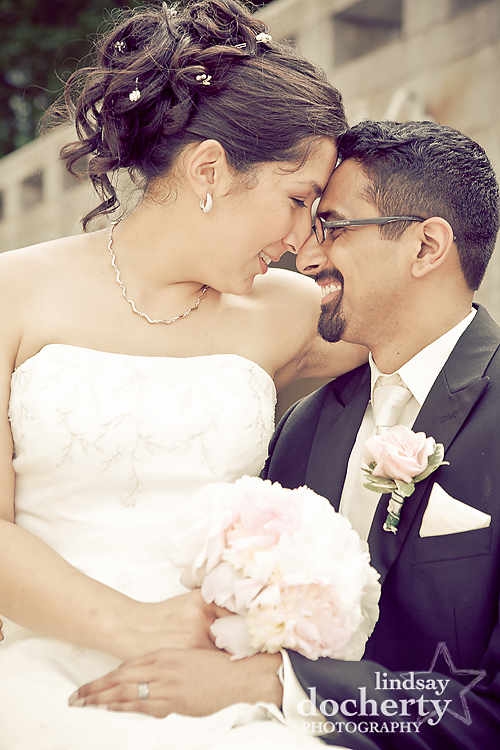 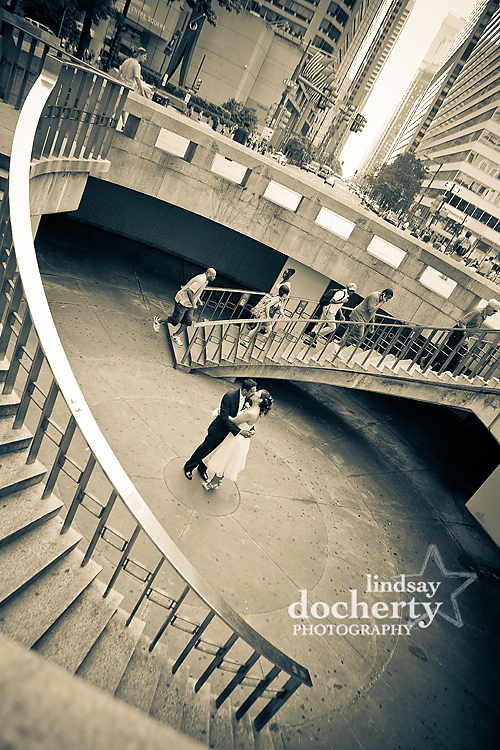 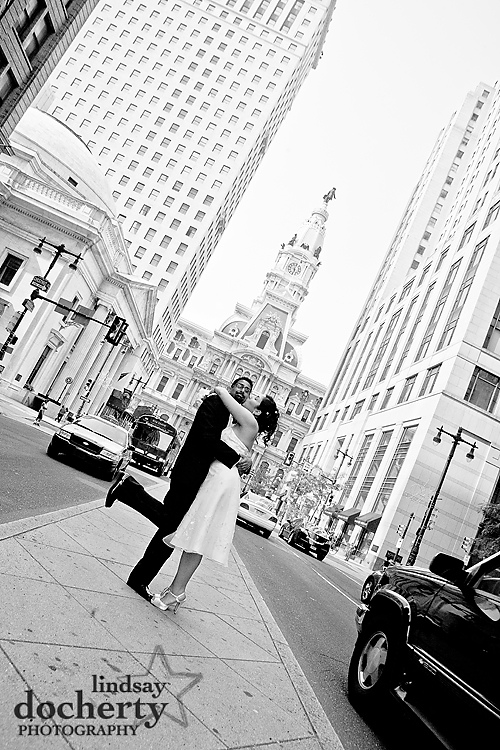 We stopped by Philly’s LOVE Park where people were dipping their toes in the purple fountain to feel just the tiniest bit of respite from the weather. Everyone was dripping with sweat but Triana and Ankur were such troopers. 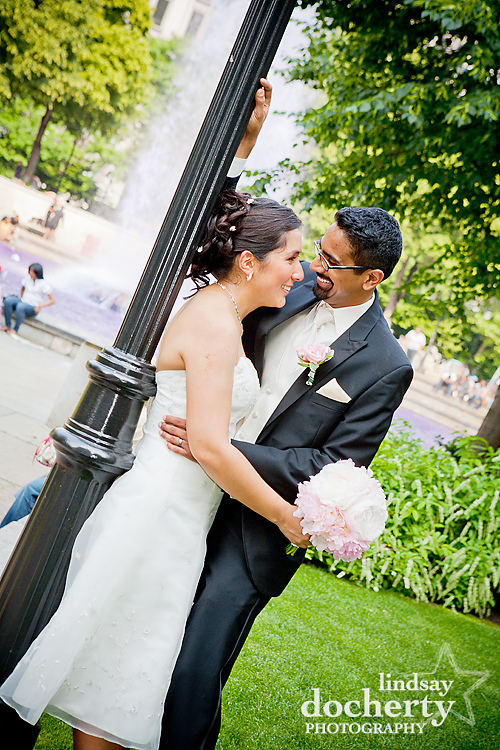 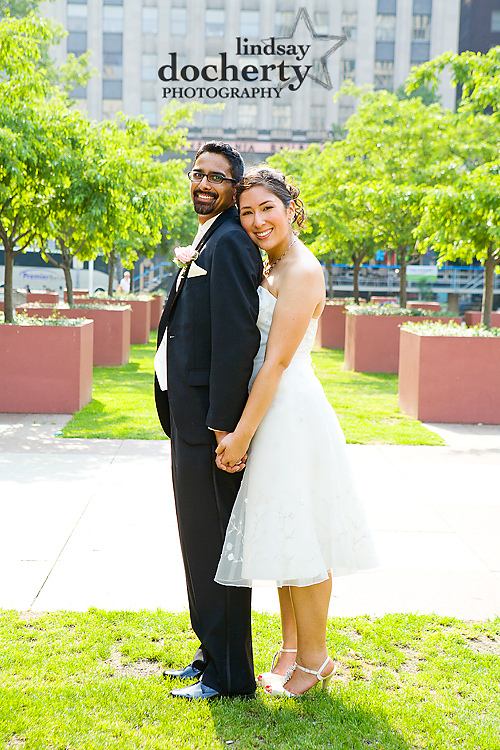 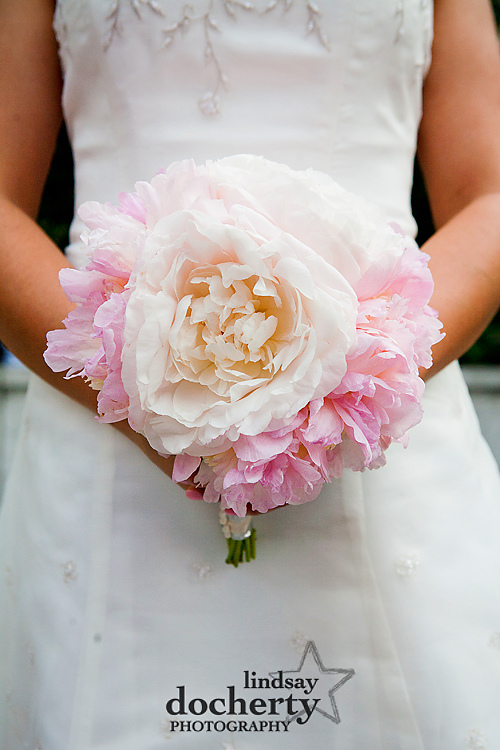 I am always impressed by my brides and grooms. They take risks, they have fun, they play, and they let me in on what is quintessentially them. I feel like I must be a magnet for the best people in the world because things like this happen:

There wasn’t even a second thought! 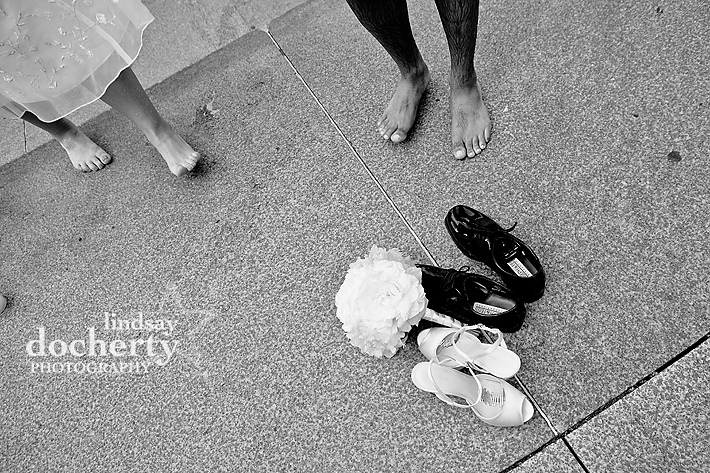 Triana and Ankur, thank you so, so much for inviting me to photograph your wedding. It was fantastic! 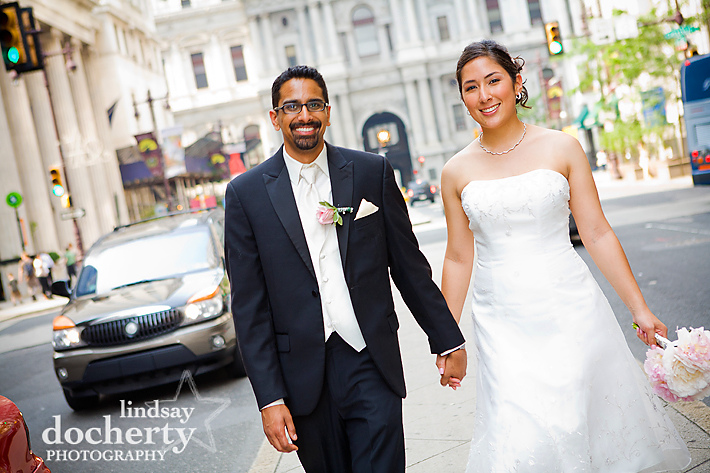 We are all a little weird and life’s a little weird, and when we find someone whose weirdness is compatible with ours, we join up with them and fall in mutual weirdness and call it love.
~ Dr. Seuss 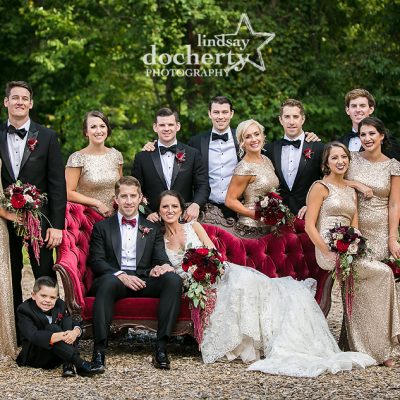 My problem with Christina and Jason’s wedding was there was waaaay too much good stuff going on!  I was tempted to separate this post into two just so I don’t tire you out by the end but I think you have it in you.  After all, you’ll want to see how gorgeous this day was and how much fun these two had! The bride and groom each started at their family homes.  I was with Christina in Holland, PA, where the house was aflutter with gold sequined bridesmaids and a pooch named Dexter. Long before the big day, Christina purchased her wedding gown. Through some magic alterations, and the keen eye of her mother, it was transformed from a hig ...
Wedding November 14, 2017
November 14, 2017 ● Wedding
READ MORE 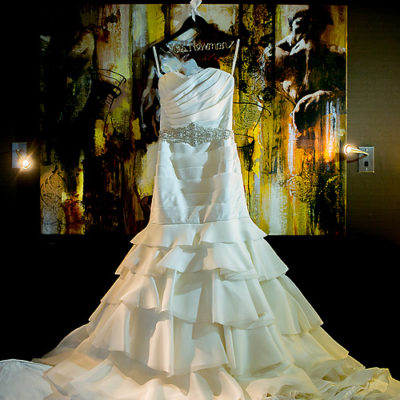 Megan and Brian’s wedding make my little heart sing! I was smitten with them from the moment I met them via Skype one night and then in person at their engagement session (hi, Jake!) when they came down from New York to Philly.This wedding was all about the chicness of black and white with the whimsy/fun (and boy was it fun!) of sparkles, or, as Brian called them, sprinkles. With a wedding venue at the Please Touch Museum, you know you’re dealing with people who don’t take themselves too seriously.Megan’s details had just the right amount of bling. I love her sparkly belt.Oooh, sparkly envelope liners! It’s the little touches!If you don’t ...
Wedding September 19, 2013
September 19, 2013 ● Wedding
READ MORE 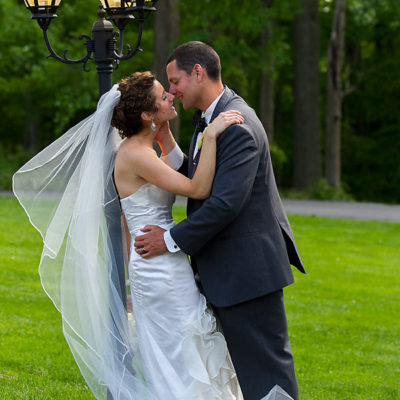 The day was smooth as silk, splattered with a little bit of champagne and glitter. Isn’t that what weddings are all about? Here’s a teaser from Becca and Mike’s wedding at Stokesay Castle.
Wedding June 2, 2014
June 2, 2014 ● Wedding
READ MORE