Ack, so much to do, so little time. Isn’t that always the case for the holidays? I have quite a few posts to catch up on – including an envy-inducing one from my travels in Cancun this month.

But first, I want to share with you a family shoot from last week. This was such a fun family. I mean it. They were up for most anything. I offered them my list of fun San Francisco spots but they realized that there’s no place that feels better for them than their own back yard – Ballena Isle in Alameda. They are self proclaimed avid sailors and live right on the marina.

I showed up a bit early to take a look around and they were so right. It was a great location. I met them at their house and simply had to take a few shots inside too. Their home is all angles and has this great staircase with aqua blue walls. I knew we just had to do something with it. 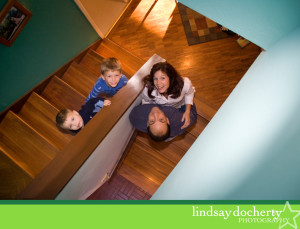 We started our trip outside at a tree right by the water. I found out that this is one of Nicholas’ favorite trees. It’s just perfect for climbing and these boys were definitely little monkeys. I took some pictures of the family by their boat, which is just outside their window. Their view is fabulous and looks right over all the boats. What a way to wake up every day. 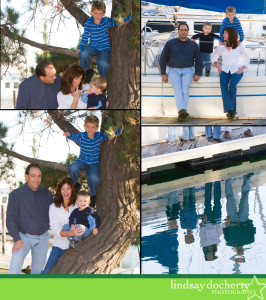 The day was perfect. The few days before were crisp and cold. I had brought a knit hat too but the weather must have known I had a shoot that day because the sun was shining and the temperature was just right. 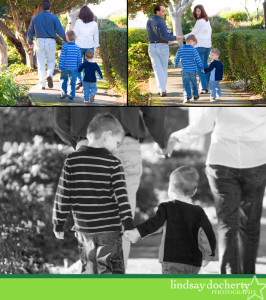 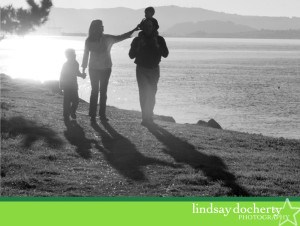 We took a walk along the island and Nicholas and Max showed me a great little spot of beach. It had big pieces of driftwood and a spectacular panorama of San Francisco in the background. 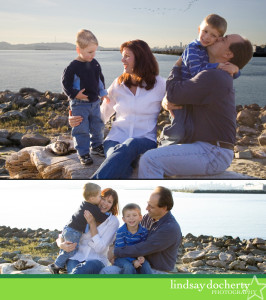 We walked along and I got to show them a little spot I had found behind the tennis courts. It was green and had just the right amount of light shining through. We practiced jumping on 3. We never quite got everyone off the ground at the same time, but there were big smiles all around. Oh, and did I mention just how much fun this family was. I mean, look… 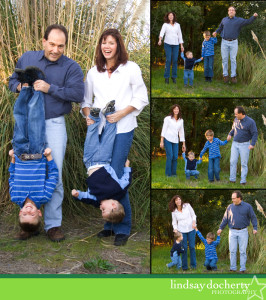 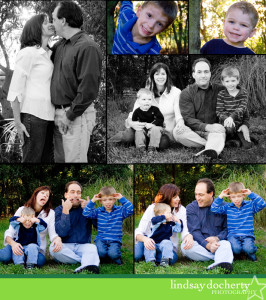 On the way back, we stopped at some picturesque areas of beach grass. We got closer to their house and Nicolas spotted a heron. Nicholas has a love of dinosaurs, sea creatures, and most all animals. Mom and dad are pretty convinced he’ll grow up to be a paleontologist or a marine biologist. He convinced me to take a few pictures of the bird and I caught him in flight as he flew off to a nearby piling. 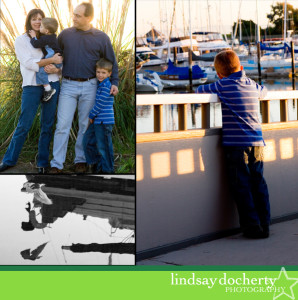 After all this, it was finally time for a snack. Being models can make a person very hungry. There was a round of bagels (toasted and untoasted, of course) as I took a few last pictures of mom and dad on their back porch. Take a look at the view! We took a few more shots and ended the day. 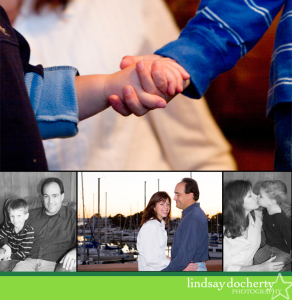 I had a great time and couldn’t wait to get back home to look at the pictures. Thank you Julie, Eugene, Nicholas, and Max for showing me around your island! I hope you enjoyed it as much as I did.

Twenty years from now you will be more disappointed by the things you didn’t do than by the ones you did. So throw off the bowlines, sail away from the safe harbor, catch the trade winds in your sails. Explore. Dream. Discover.
-Mark Twain

And, though it’s a bit late for new holiday cards. I just had to make one from this session. Remember that upside down picture? It’s a square trifold design, which are so much fun and unique. Check it out… 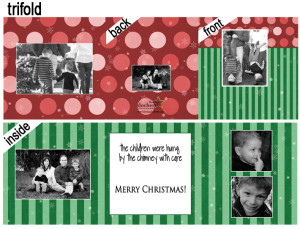 And because you know you’ll need them after receiving all of those great gifts this year, a new collection of thank you cards… 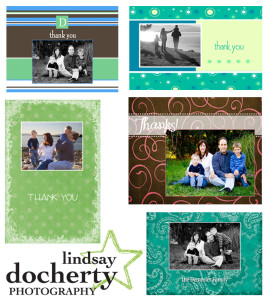 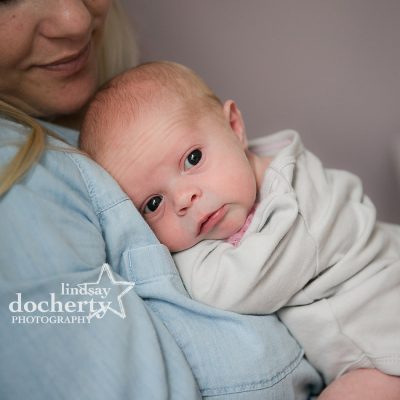 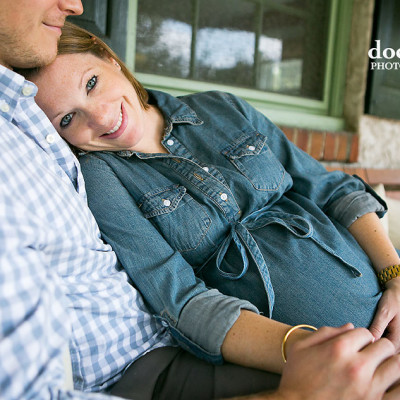 Once upon a time I photographed a beautiful couple.  They married in a magical place called Holly Hedge Estate with beautiful flowers and a crowd that danced all night long.  They live in Chestnut Hill with a cranky cat named Piper and I had the fortune of being brought into their lives again.  This time for a bump. Moira and Brett are due sometime this month so I met up with them at their Philly home for some maternity pictures. They don’t know the sex and aren’t telling names (it would help if they chose some!) but most are pretty certain that Moira has a boy in there and has been going by RJB for RickyJimBob. This sw ...
Family September 2, 2014
September 2, 2014 ● Family
READ MORE 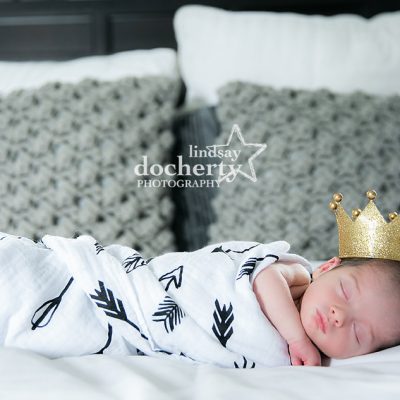 I want to cover my walls with this little guy.  Jackson came out as 6lbs, 9oz of 100% adorableness.  That’s not an easy feat since it often takes a little bit for babies to sort out all of that squishing from the previous 40 weeks. He certainly made Katelin work for it though.  31 hours of labor and she never felt the effects of her epidural due to a medical condition.  31 hours!!!  And then he had the nerve to come out with the umbilical cord around his neck.  His parents are fashionable so it makes sense that he’d be accessorizing at an early age. Katelin was positive he would be a girl.  James had a hunch he might get a boy. ...
Family June 7, 2017
June 7, 2017 ● Family
READ MORE