Rachel is a top notch sleuth. She found pictures of an engagement session at an undisclosed location and worked some crazy detective skills to find it for us. As it turns out, it was in a part of Fairmount Park near the Horticultural Center. The light was beautiful, everything was lush, and there wasn’t a soul around – the perfect combination for a session.

Let me give you some background on these two. I love how they met. Jon and his roommate had a room for rent in their NYC apartment a few years ago. Rachel showed up to check it out and ended up talking endlessly with Jon. She never took the room but they saw each other on gchat a few weeks later while he was in Turkey and she was giving him recommendations for where to go. (Or was it the other way around?) Needless to say, they hit it off and Jon proposed in April. They were dancing earlier in the day in their apartment (something they do at least once a week) and they were leaving to go out as he asked her to hold on to something and handed her the box. It just felt like the right time. He later realized he still needed to get down on one knee and took care of that part of the equation too.

They came down from Chicago and we were off on our engagement session adventure. Isn’t this little wooden bridge and structure just awesome?! 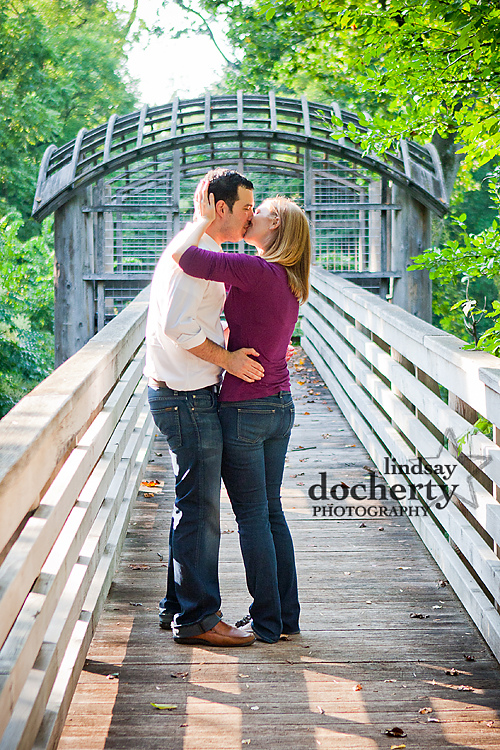 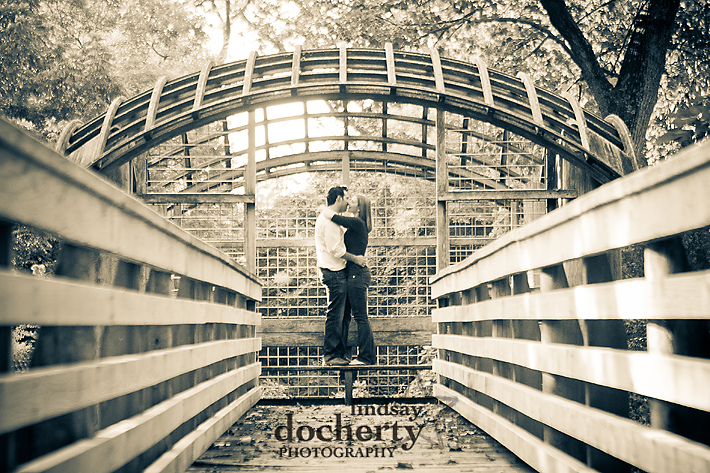 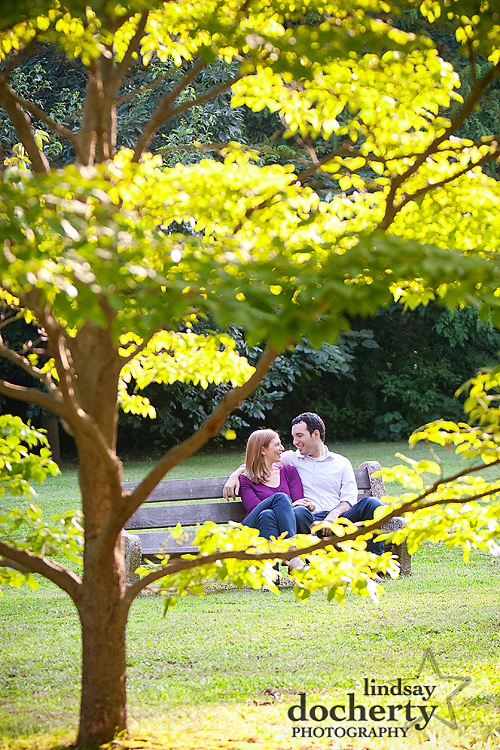 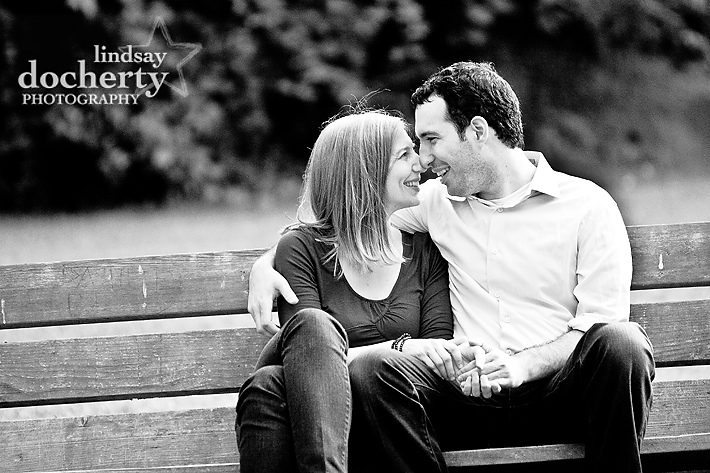 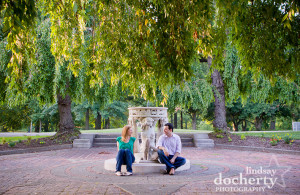 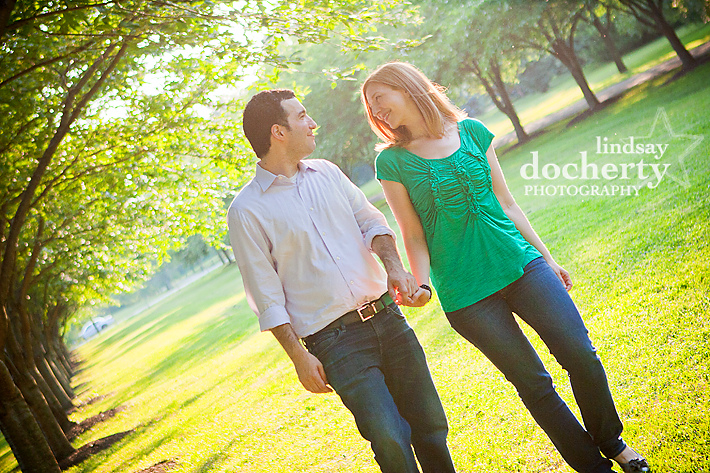 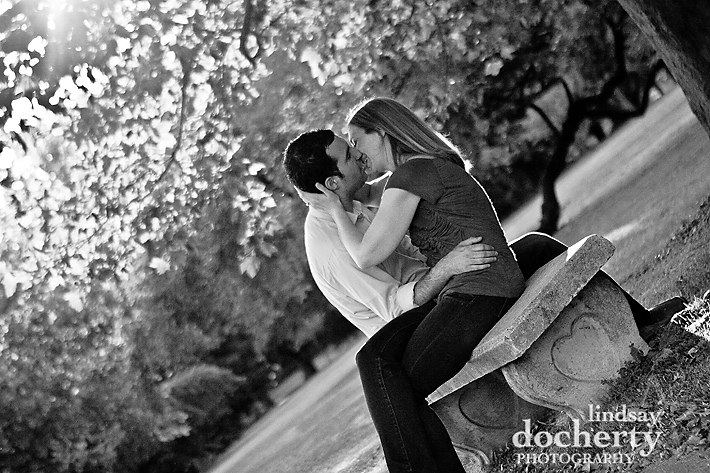 There really wasn’t another soul around. It felt like the place was created just for us. We actually had to pull some Indiana Jones moves to get out of there that day. 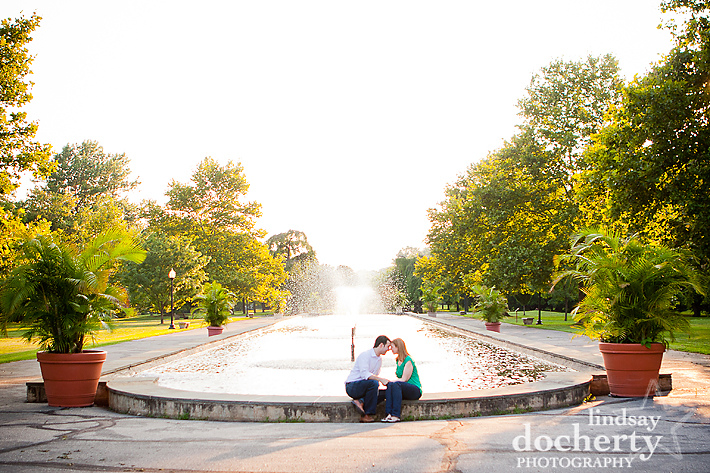 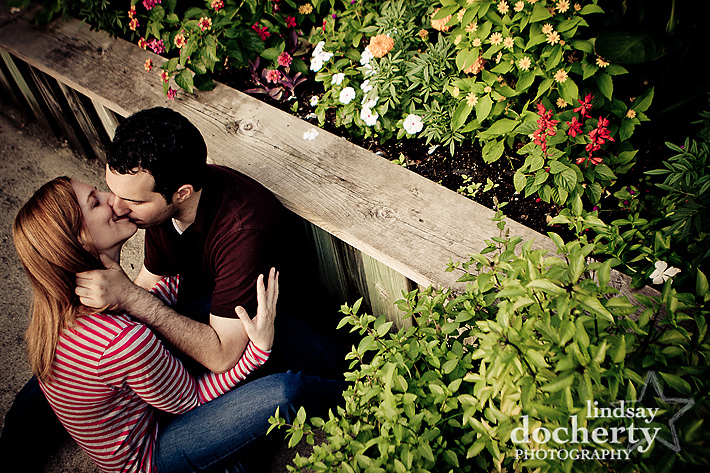 Rachel loves this little smile that Jon has. And really, who can blame her? 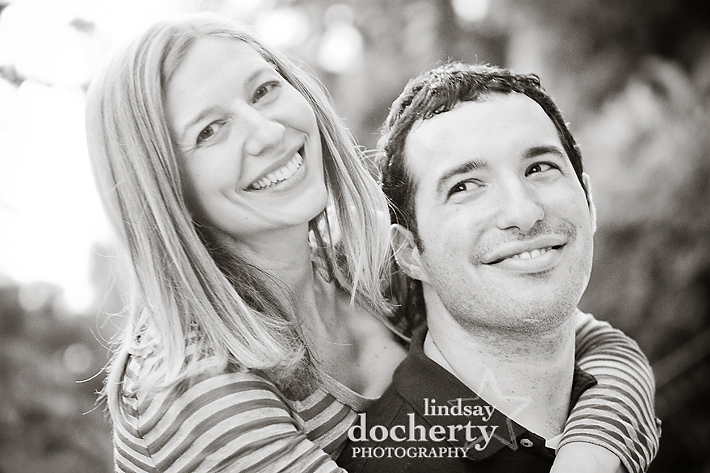 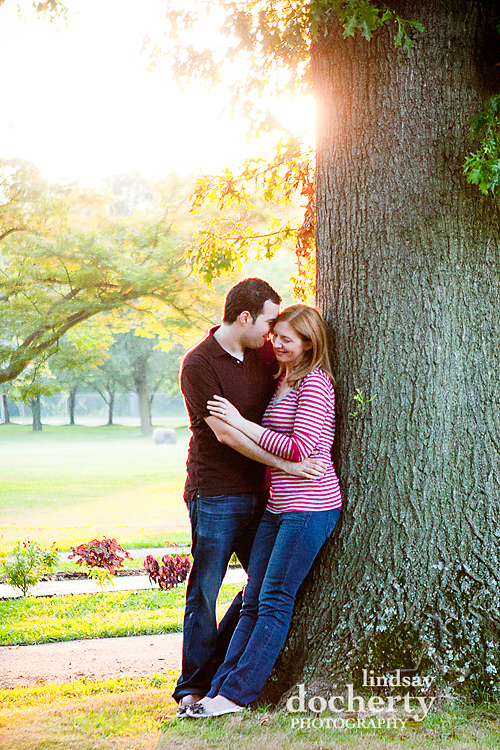 This was an image that we recreated from a picture Rachel took of some unknown couple once. Just the sweetness and intimacy of lying down together, hand in hair was just divine. 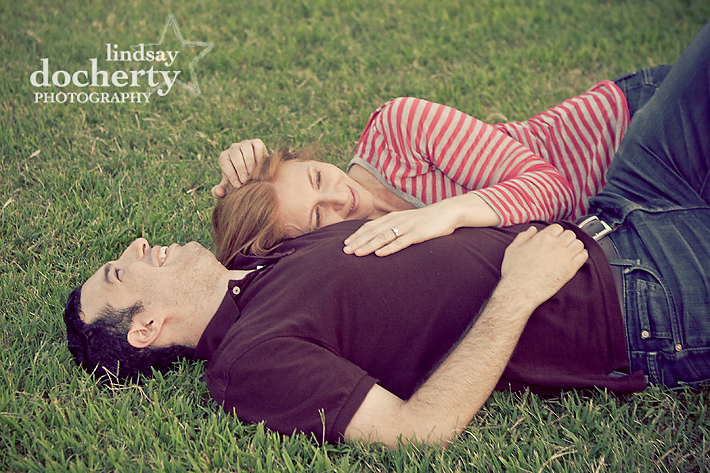 Rachel and Jon, can’t wait to see you two in just a few short weeks for your wedding at the Community Arts Center. I’m excited to see what we can do there! 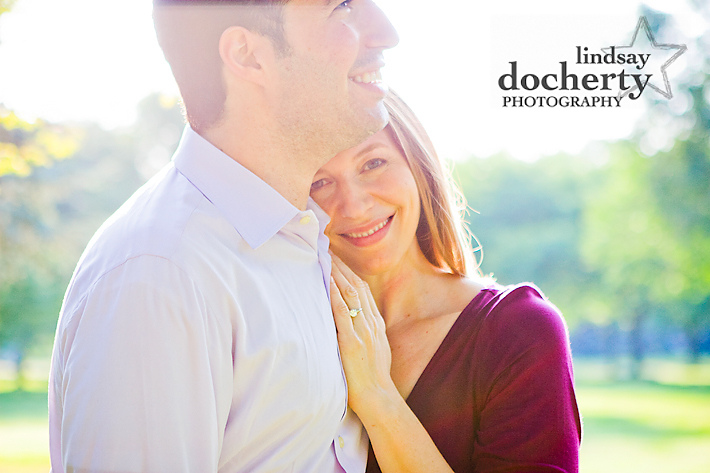 The kiss of the sun for pardon

The song of the birds for mirth

One is nearer God’s heart in a garden

Than anywhere else on earth

~ on a plaque found during our wanderings 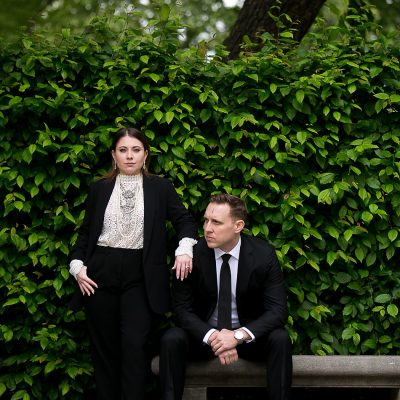 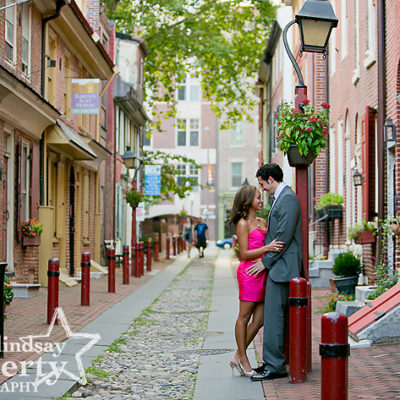 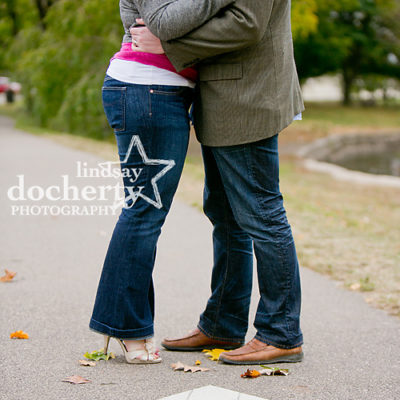 Carrie and Matt were my sweet little lovebirds of last year who came to me for their blisteringly hot Philly engagement session around Reading Terminal Market last year before they were off on their destination wedding in California. I so pleased as punch to see them again and find out how hardened they were after their first year of marriage. As it turns out, not at all. I had hoped the newest family member, Pierogie von Schnitzelhund, would be joining us but I believe he was needed for urgent foreign affairs. I feel lucky that we even got to do this session. It was originally scheduled for the Monday of Superstorm Sandy and I had to co ...
Engagement November 27, 2012
November 27, 2012 ● Engagement
READ MORE