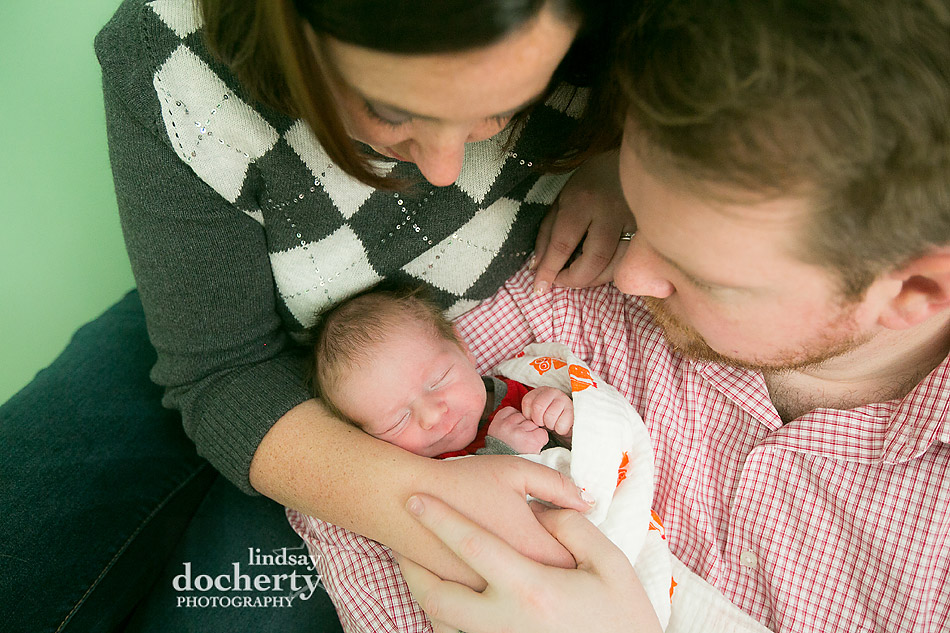 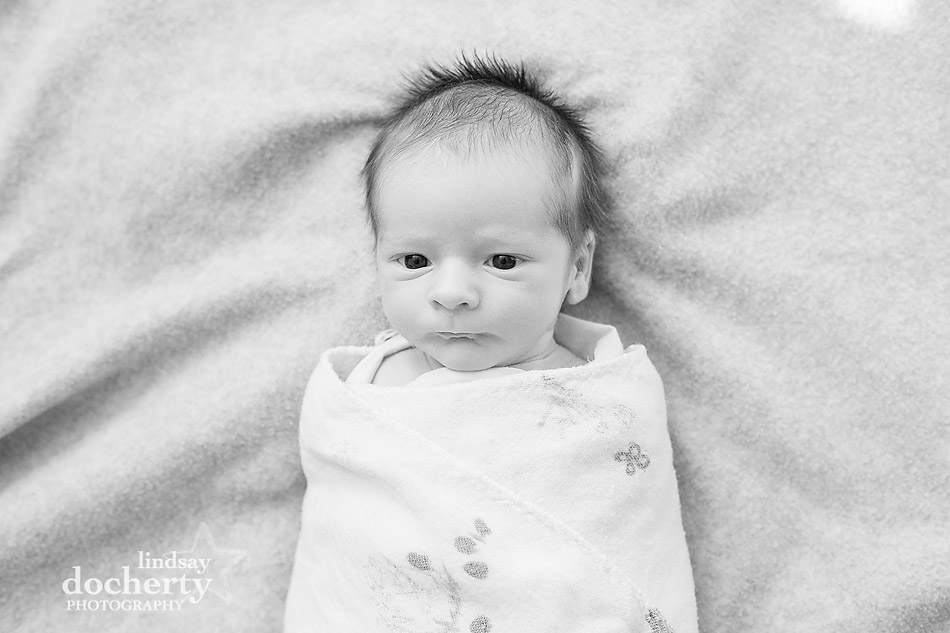 The Wombat was a little boy – Charles Franklin.  He was due around Christmas and made it into the world on December 30th, just in time to ring in the new year with the family.

I got my hands on his wee hands about two weeks later at their home in Mt. Airy (w00t!).

Strangely, but perhaps not surprisingly, Carrie was agile and ready to get back to rowing ASAP.  I’m just going to say that she definitely didn’t have that baby.  My guess is a surrogate and a basketball.  I’m not judging but it would be great if she’d be honest with us so the rest of the new moms don’t feel awful about still being slugs 11 days (or months, in my case) later. 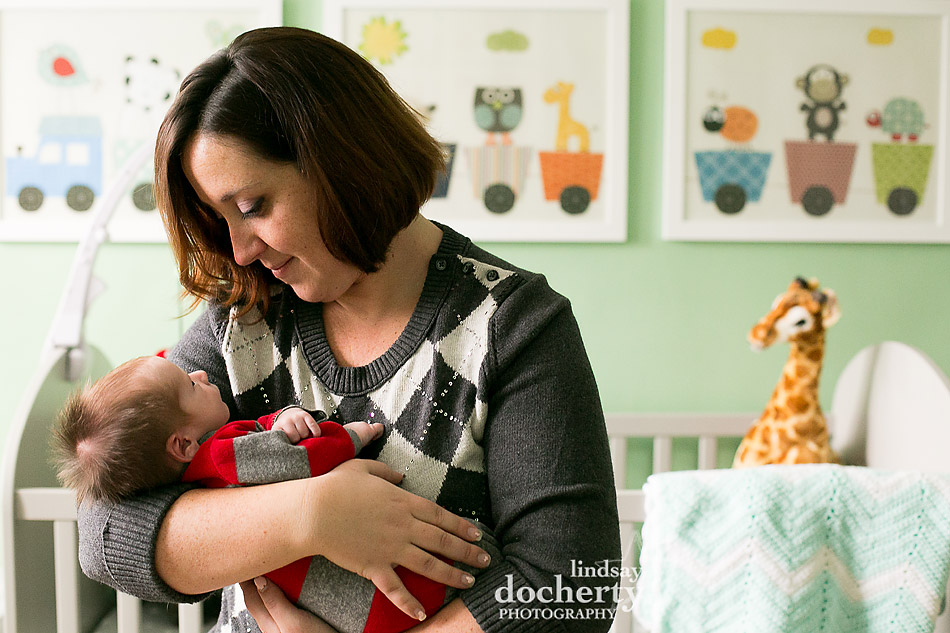 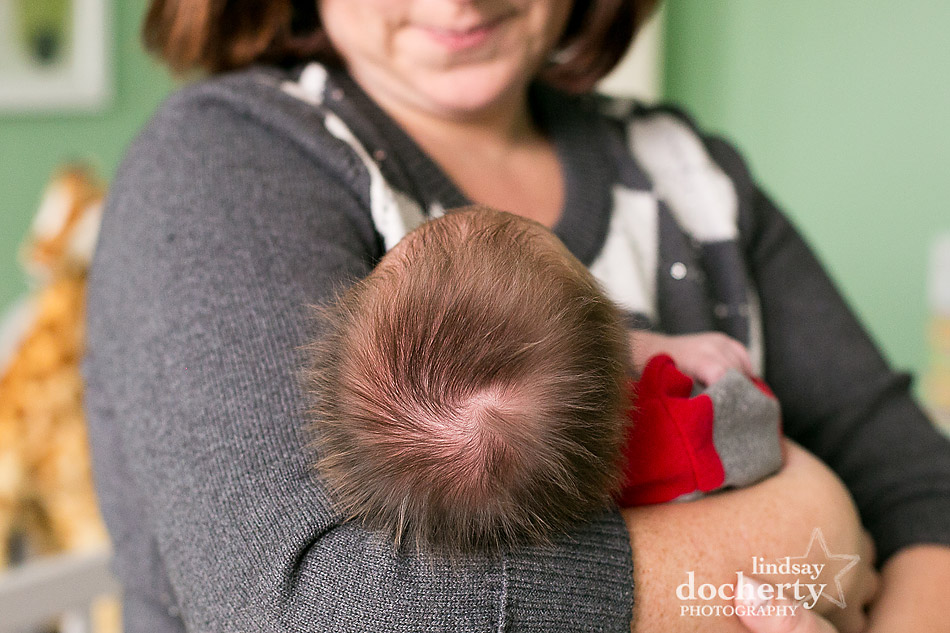 Pierogie, keeper of the house and first son, lovingly watched over the new arrival. 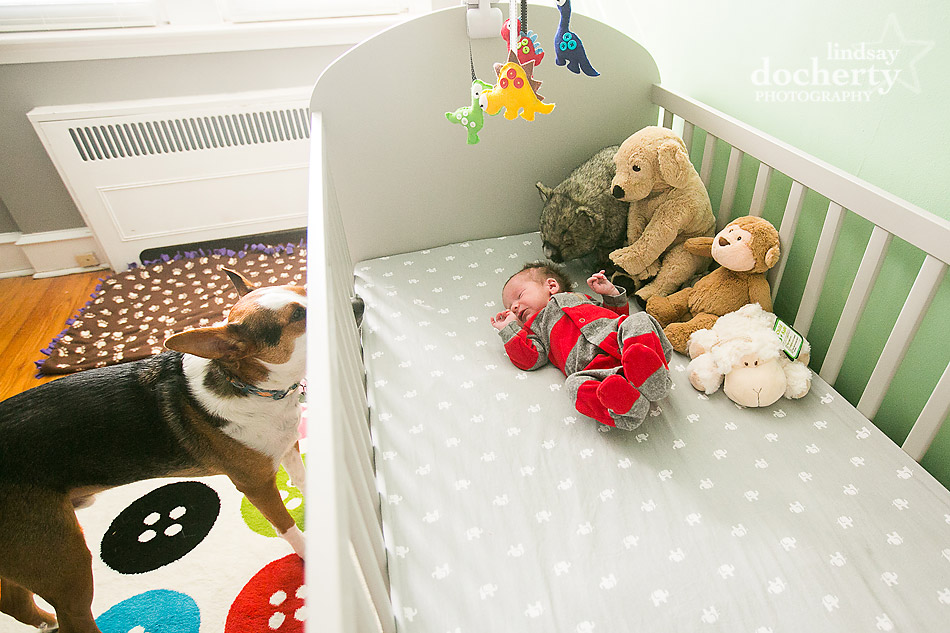 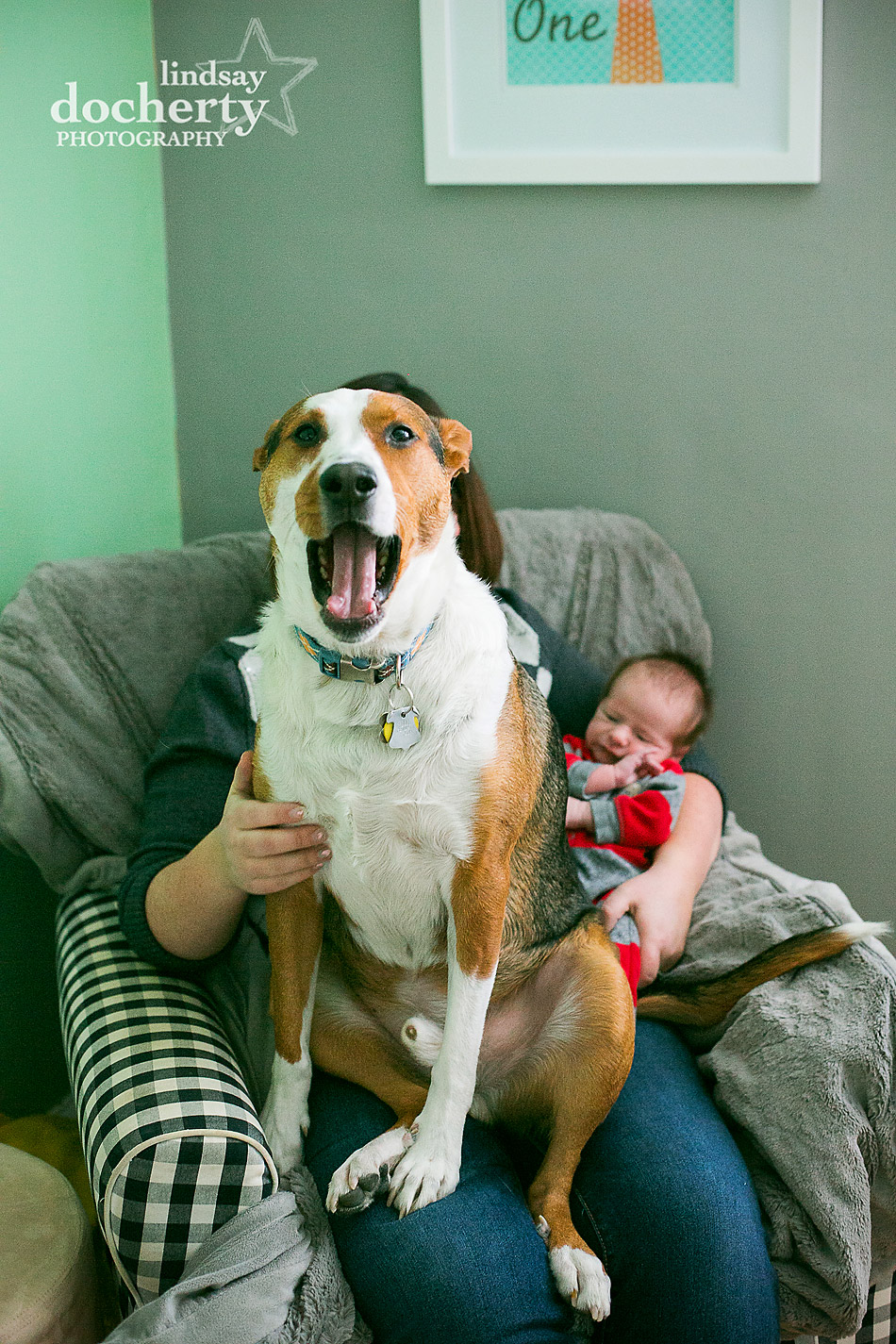 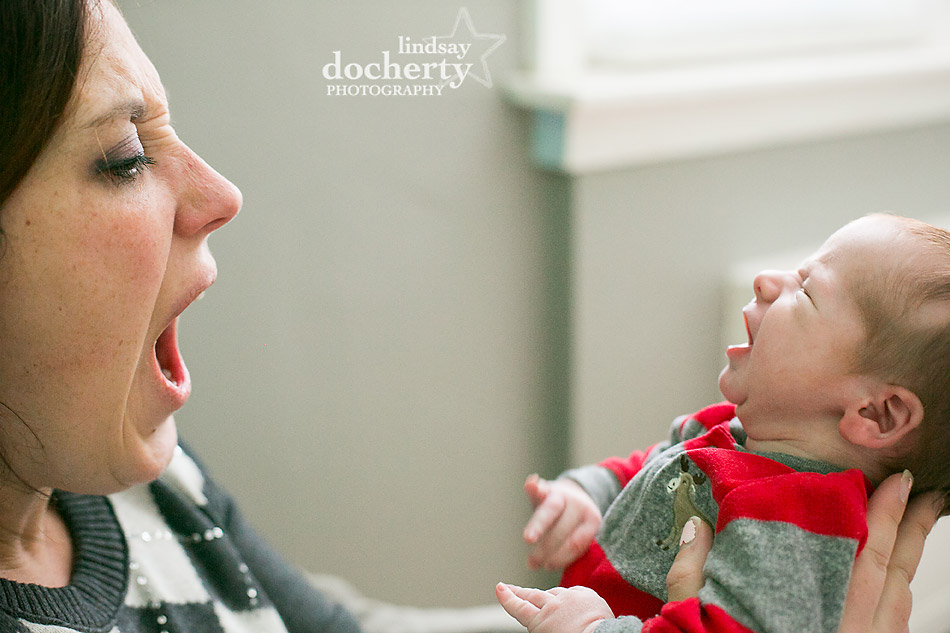 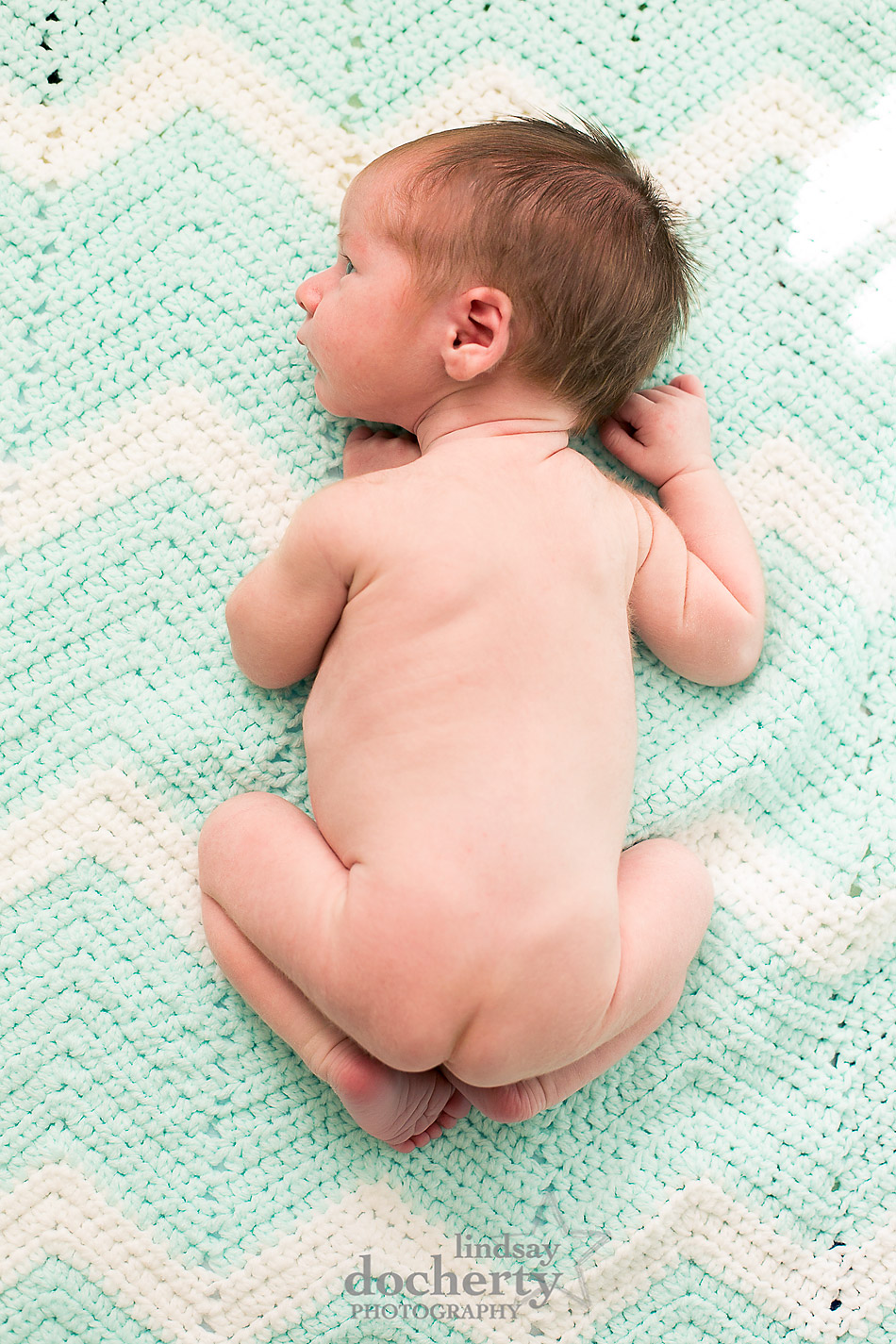 Matt paced up and down the stairs and made laps around the living room umpteen times in an attempt to get Charlie to close those peepers. 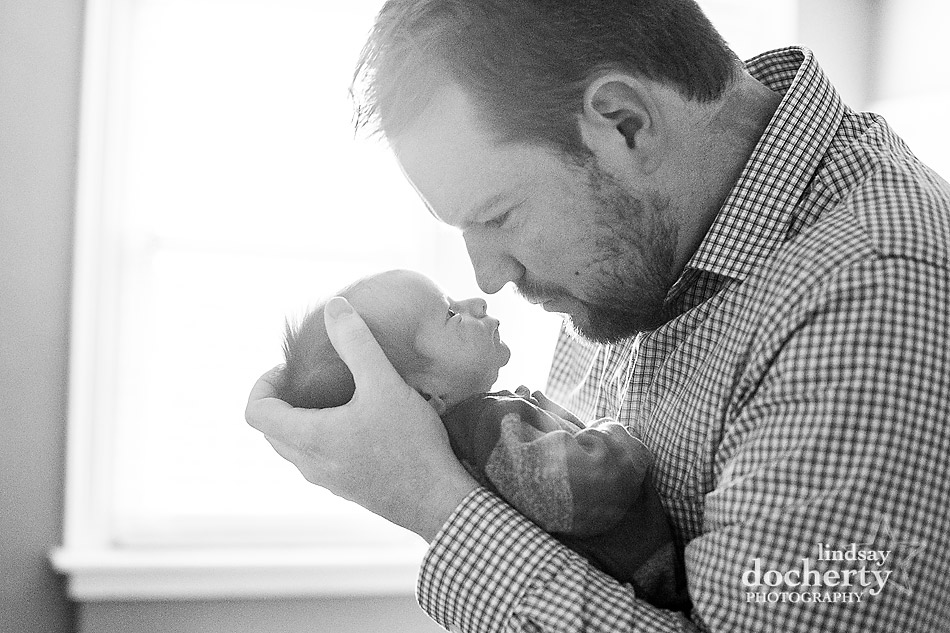 Two hours later and we were finally there. 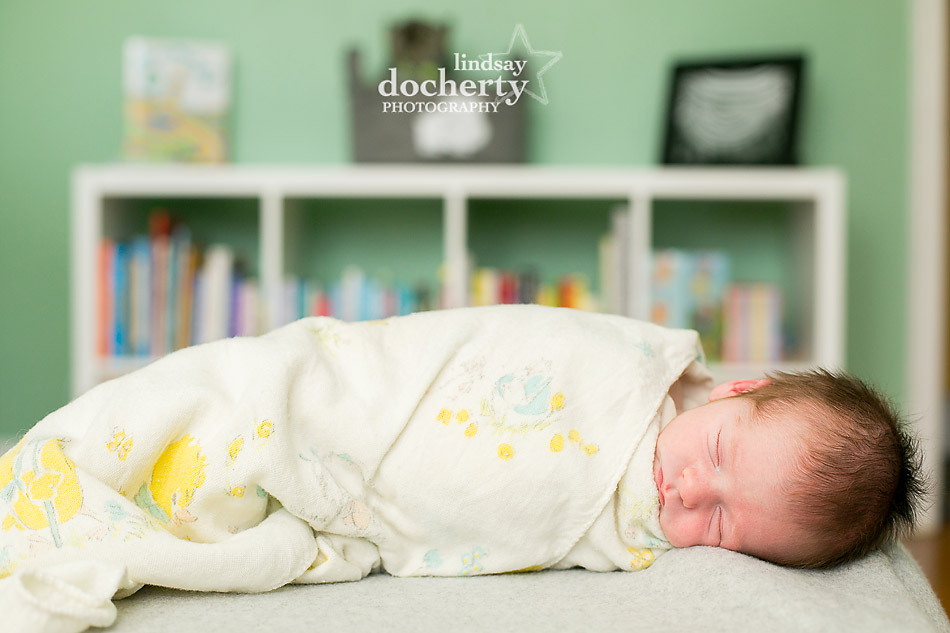 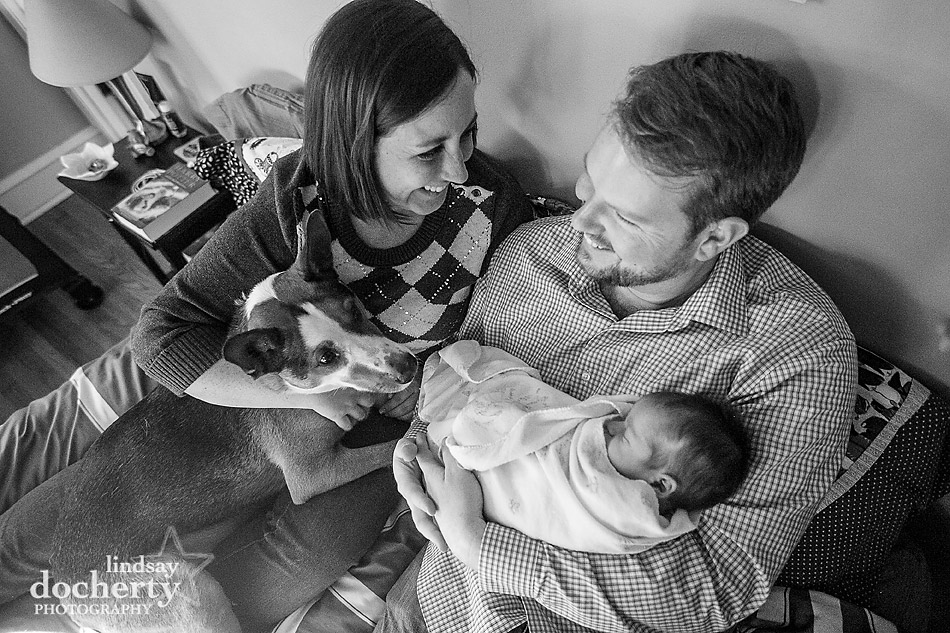 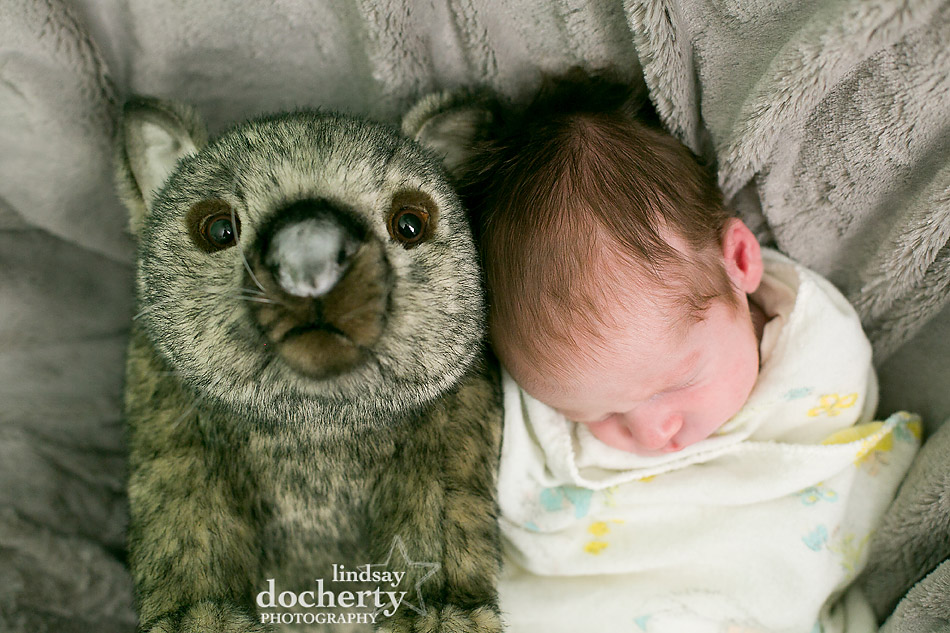 Charlie is so wonderful and I’m thrilled to be able to watch him grow up around the corner! 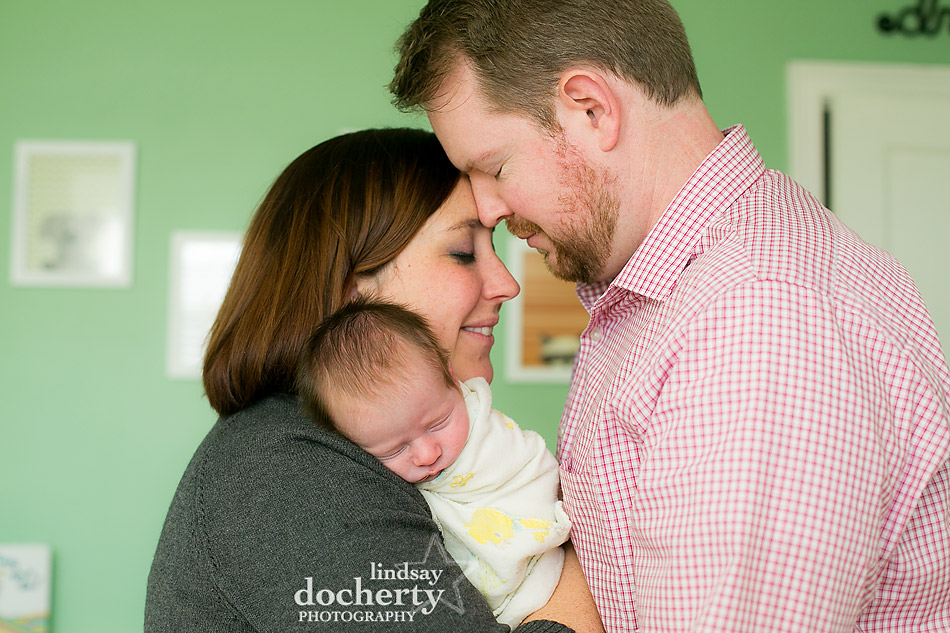 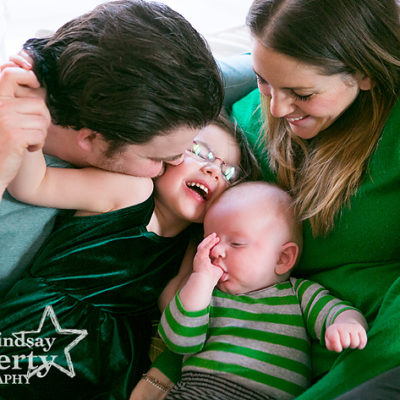 I had the exquisite pleasure fo photographing this quirky, peppy, grooving family last week and I consider myself all the more fortunate for it! In size order, I am pleased to introduce you to Becca, Kenny, Belle (aka Queen Elsa), and Alex! More soon!
Family March 4, 2014
March 4, 2014 ● Family
READ MORE 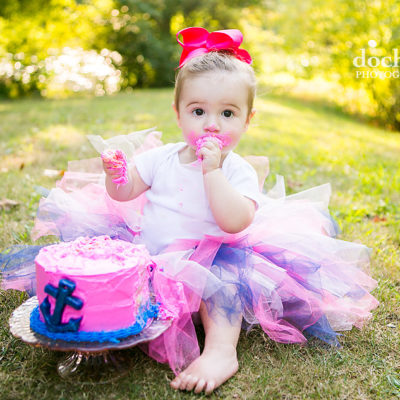 If there is ever a question about whether or not you should do a cake smash for your child’s first birthday, the answer is a resounding yes!  But I’ll get to that soon. First, let me show you some RIDICULOUSLY cute pictures of little one year old Bailey and her fabulous parents, Courtney and Ryan.  We met at Strawbridge Park where I first met Ryan for their engagement session about 3.5 years earlier. It was pretty neat to be there with them as a family. Bailey is a doll with such gorgeous eyes and always with a coordinating bow.  Always. Did I forget to mention that Courtney was 7? 8? Months pregnant with Miles at the ...
Family May 16, 2016
May 16, 2016 ● Family
READ MORE 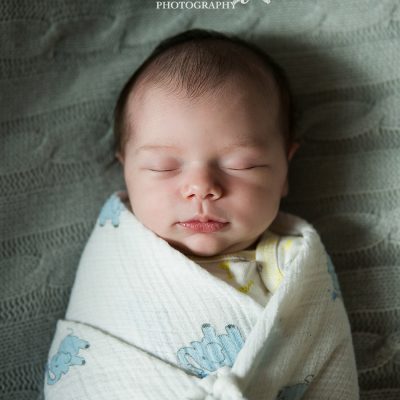 Meet Maggie.  Maggie is the one week old little peanut of Betsy and Steve.  They graciously let me come over and spend time with her last week. When Betsy first told me about the schedule they have of waking her every couple hours during the day, I thought she was a little crazy.  Then I realized that this kid really has mixed up day and night.  She wanted to sleep the entire time I was there.  The only time she made a peep was when we were poking at her to keep her from going over her allotted daytime nap. Maggie was born 1 week late.  Betsy’s sister had come to town with the mission to walk this baby out.  They planned a sight ...
Family August 13, 2018
August 13, 2018 ● Family
READ MORE