Elise and Eric wanted their wedding day to be super low key.  Well, Elise did.  She would have happily eloped.  Eric is more of a traditionalist.   This combination resulted in a gorgeous fall wedding day for the two at the Morris House Hotel with 49 guests.

I was enamored of Elise’s cloudlike wedding gown that breezed behind her as she walked.  It had a floral embroidered top set against an illusion neckline and back.  She wore the daintiest set of pearls – a meaningful strand that has been in her family for ages.

Elise bemoaned the fact that white wedding shoes were so hard to find.  I don’t understand the problem since she ended up with these fabulous blush lace Badgley Mischka flats!

They shared a first look in front of Morris House Hotel.  Any anxiety that Elise was holding before then melted away when she found Eric’s arms.  It was so clear that he is her home.

I had the bride and groom to myself for some pictures in Washington Square Park.  We were ready to throw down against some other wedding parties there but they were clearly scared of us and kept their distance.

It was a hot, humid day but the light coming through the trees was incredible.

While walking around the neighborhood, I learned that Elise has a slight phobia of grates (ask her about the mole people).

We survived and made it back around to the venue for some family and wedding party formals.

Two very important kiddos were present for the event, Elise’s nephews.  “Ring bearer” Henry was this incredibly cheerful blonde smidge of a boy who grinned and played with me late into the night.

Alex was designated “Petal Boy” and carried around his sidekick lion, Leo, throughout the day.

Their outdoor ceremony was sweet and funny.  I’m convinced these two laugh together no matter the occasion and the moments standing up in front of their nearest and dearest were no exception.

After cocktail hour on the front patio, the tented courtyard was transformed for cocktail hour.  Centerpieces with hydrangea, roses, and stock adorned each table.  The bigger draw were the bride + groom lego sets on each table for guests young and old (though Alex might have snatched them all up by the last song.)

Elise and Eric shared a first dance to “Is That Alright” from A Star Is Born Soundtrack.

The reception was lovely and low key.  There was no band or dj, instead a string trio played all night long.  I totally geeked out when they played the Game of Thrones theme song.

Instead of dancing and cake cutting, the evening was comprised of speeches, a delicious leisurely dinner, mingling, and reminiscing.  Just the way they wanted it.  Cake and desserts were served.  I grabbed them for a quick shot under the bistro lights before the night came to a close.

Life is so simple
A little boy, a little girl
Laughing and loving
Tryin’ to figure out the world

~ Lady Gaga, “Is That Alright?” from A Star Is Born soundtrack 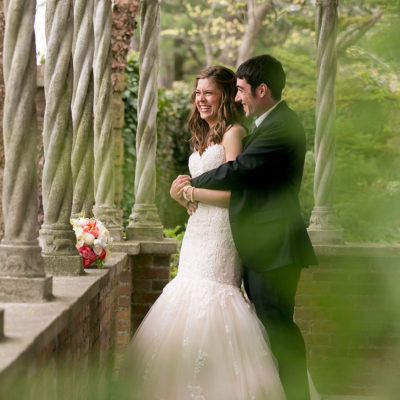 The day before Michelle and Chris’ wedding was their 9 year anniversary.  That’s pretty impressive.  And, judging by what I’ve seen of them together, there are going to be decades upon decades more for these two.  Their wedding at Aldie Mansion in Doylestown (you know I love that place!) was chock full of fabulous, face-hurts-so-good smiles. Michelle wore a marvelous blush trumpet Maggie Sottero gown with exquisite lace and a flattering sweetheart neckline.  Michelle’s loose curls somehow held their shape all day and she looks positively radiant! Getting the dress on Michelle was quite the procedure and one of the most hilarious pa ...
Wedding June 24, 2015
June 24, 2015 ● Wedding
READ MORE 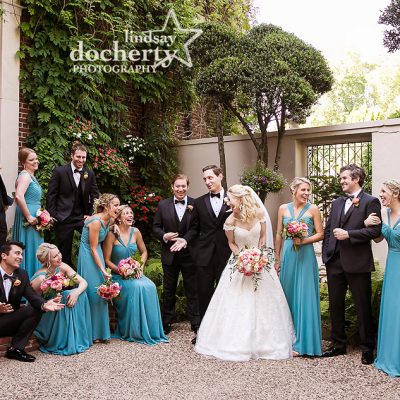 This was a fairy tale.  A fairy tale wedding of a beautiful princess in a shimmering ballgown with her handsome prince on an incredible sunny day.  Everyone said so.  There was a majestic church, a carriage, a grand estate, lush flowers, fair maidens, sweeping ballroom dances, and surprises.  The only thing missing was the villain. I arrived at Overbrook Golf Club on a clear summer day.  Jessica was getting some last minute touch-ups and her ladies were sipping champagne and laughing.  Jessica was tense.  She is type-A through and through.  We had exchanged dozens of emails to make sure the day f ...
Wedding September 6, 2019
September 6, 2019 ● Wedding
READ MORE 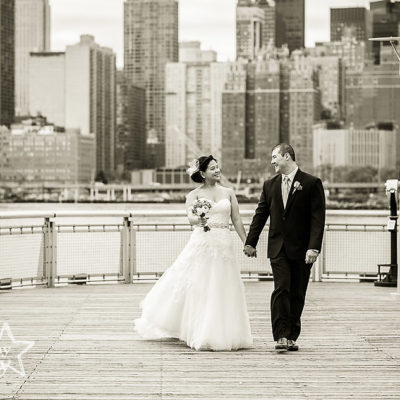 Angela and Rob's wedding day was a blur of bulldogs, zipping through traffic, NYC skylines, Haribo Gummies, and so much happiness.  Here's a peek!
Wedding October 29, 2014
October 29, 2014 ● Wedding
READ MORE