How great to be featured on the Philly Mag blog today for my shoot with my friends over at Hana Willow Design for their crazy gorgeous non-floral bouquet work.  These masterpieces are created by hand in a dazzling array of colors and materials to compliment any wedding.  It’s an amazing family heirloom that will smell a lot better than the bouquet that you hung up to dry but then had no idea what to do with it after.  Check out their write-up and website.  Also a shout out to Ashe B & Co. for their beautiful gowns and shop in Manayunk. 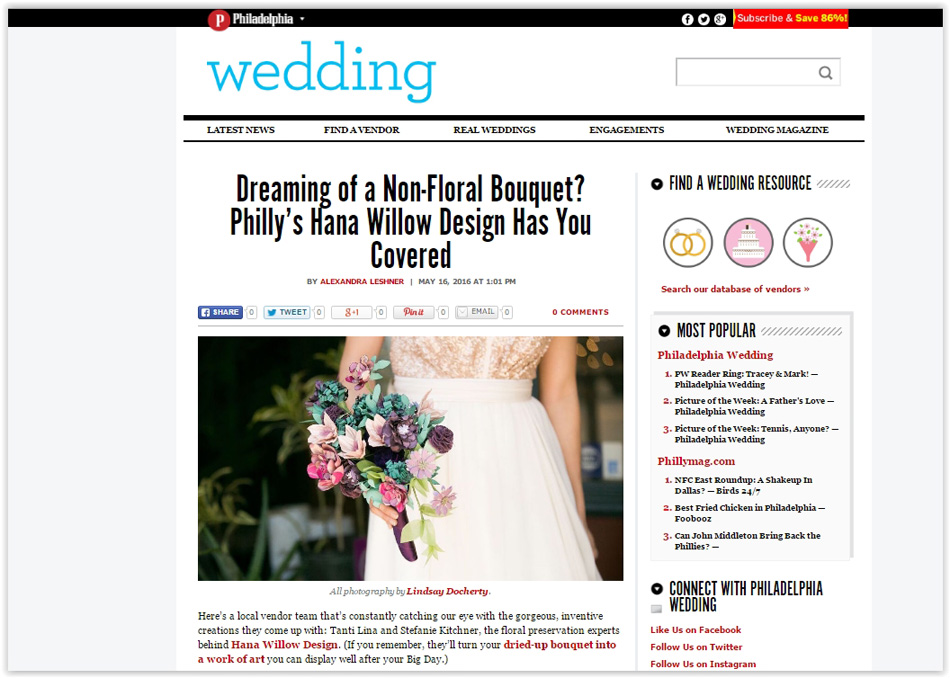 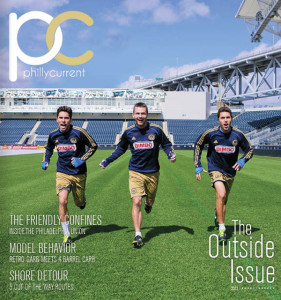 The latest Philly Current magazine has spread all over Philadelphia.  I’m particularly excited about this one, the Outside issue.The cover feature offers up a great article on the Philly Union soccer team. I felt pretty special getting some alone time with players Jack McInerney and the Farfan twins (Michael and Gabriel). Watching the game from the press sidelines a few days later was awesome. The dedicated fan base, the Sons of Ben, put on as much of a show as the team.My favorite shoot with this magazine so far has to be the other feature in this issue, a gorgeous 5 page spread (+ table of contents) of vintage cars across the decade ...
Press May 9, 2013
May 9, 2013 ● Press
READ MORE 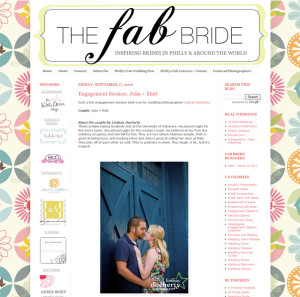 It is so awesome to have another couple featured on The Fab Bride. This time it is the adorable, hilarious, and downright wonderful Julia and Matt.The Fab Bride is a great resource for ideas and the majority of their stuff is Philadelphia-based, making it all the more fabulous. So check them out and check out the tons of pictures they have from Matt and Julia's engagement session in Manayunk.
Press September 17, 2010
September 17, 2010 ● Press
READ MORE 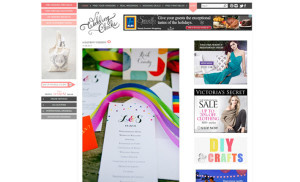 Merry Christmas to me! I am so thrilled to have a marvelous wedding styled shoot featured on Wedding Chicks today. For those who don’t follow all of the millions of wedding blogs out there, Wedding Chicks is one of the top ones out there. I am tickled pink to see the rainbow-colored event at Duportail House, designed by the fabulous Tonia of Aribella Events. Check it out!
Press December 26, 2013
December 26, 2013 ● Press
READ MORE