My roster of subjects continues to grow, making me one very lucky photographer.  Last week I got to photograph Hillary Clinton at the Liberty Medal Awards at the National Constitution Center in Philadelphia. 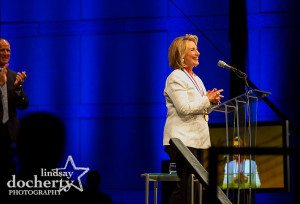 The Liberty Medal is awarded annually “to men and women of courage and conviction who strive to secure the blessings of liberty to people around the globe. The medal was first administered by the National Constitution Center in 2006, when Presidents George H.W. Bush and Bill Clinton were honored for their bipartisan humanitarian efforts on behalf of the victims of the tsunami in Southeast Asia and the hurricanes on the Gulf Coast. Other past Liberty Medal recipients include Nelson Mandela, Shimon Peres, Kofi Annan, Sandra Day O’Connor, and Bono.”

This year the former Secretary of State was the selected recipient for her public service and continued advocacy on behalf of women and girls wordwide. It was a touching ceremony with presentations by Jeb Bush and Mayor Michael Nutter (among many, many others) as well as a performance by the Bright Hope Baptist Community Singers of Philadelphia and the Princeton Girlchoir. 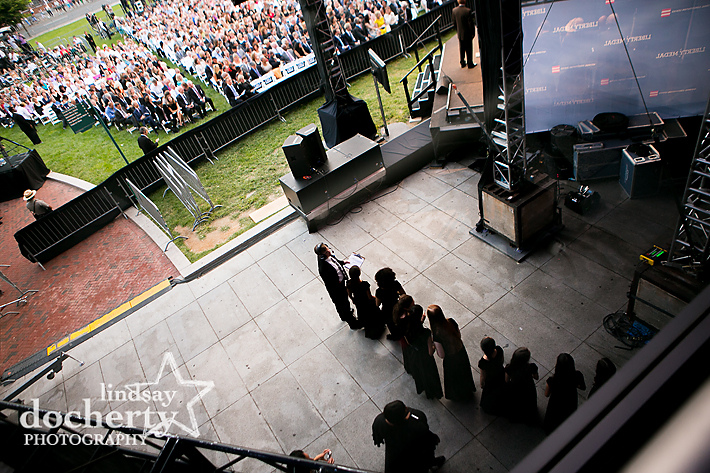 I was there to document the beautiful décor by Judith of Campbell Studios who has been chosen to revamp the space for the Liberty Medal Awards several times over the years. It was an honor to be a part of the day and witness the transformation. 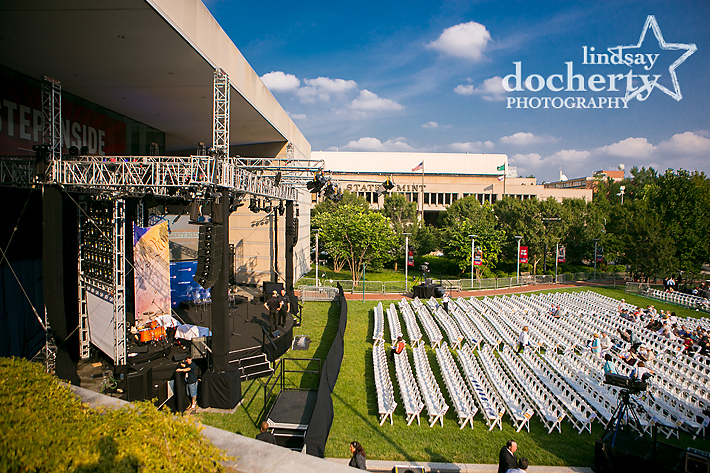 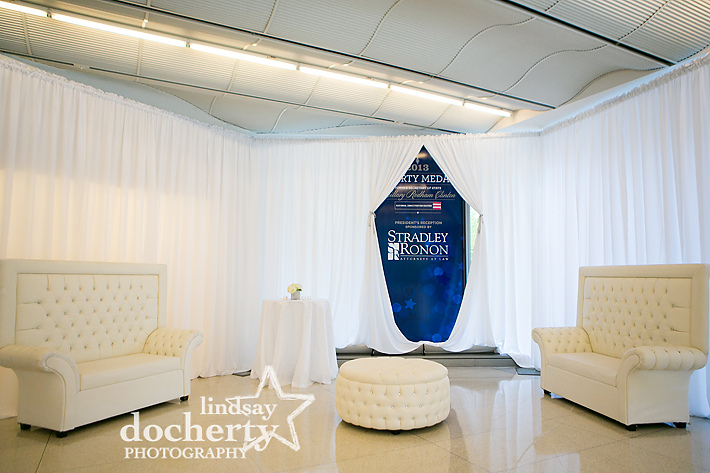 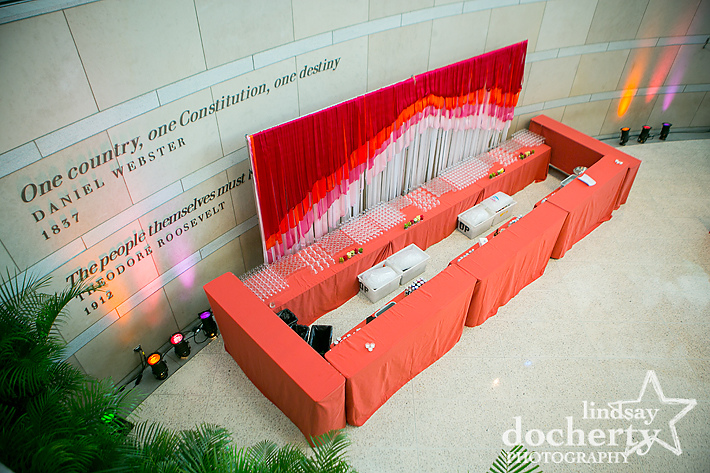 Lush ferns covered the place for a classy, understated effect. 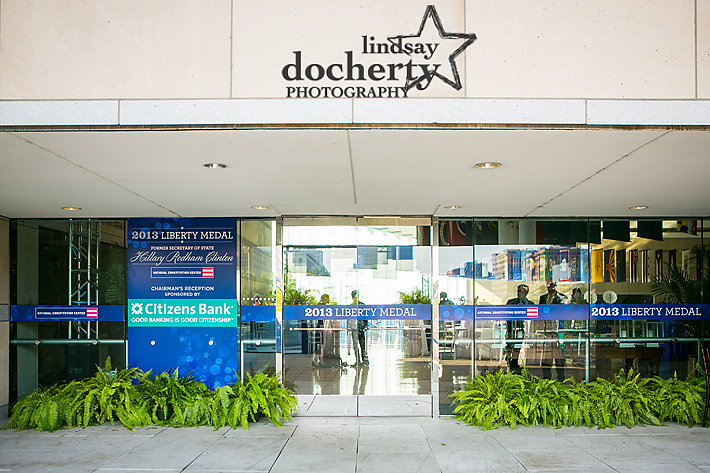 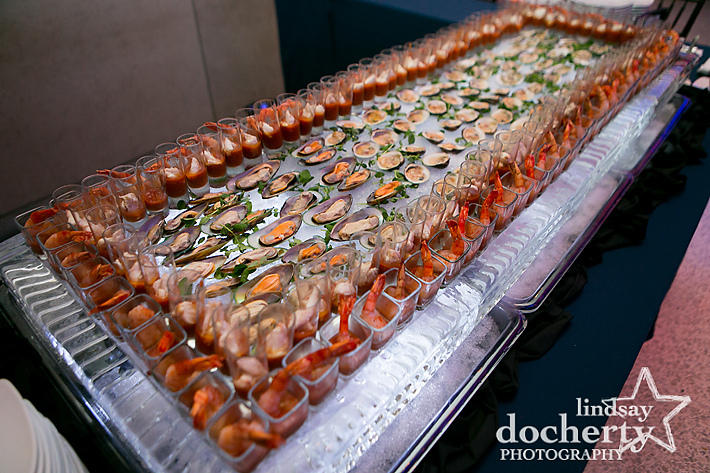 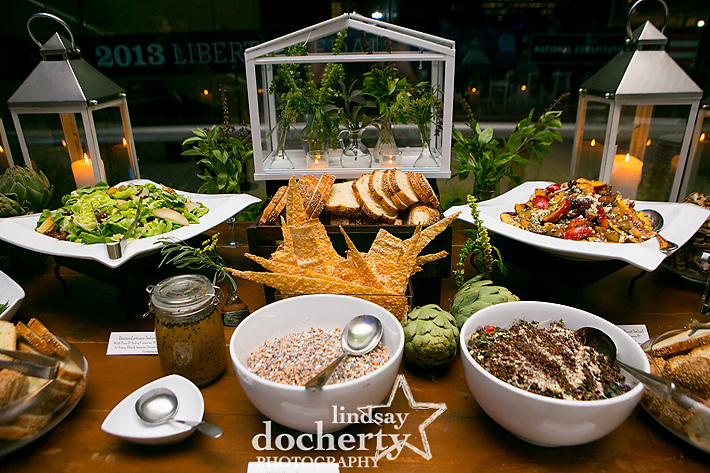 On the lower level, deep reds, pinks, and oranges played across the floor, creating an impressive effect when the sun went down and the lights came on. 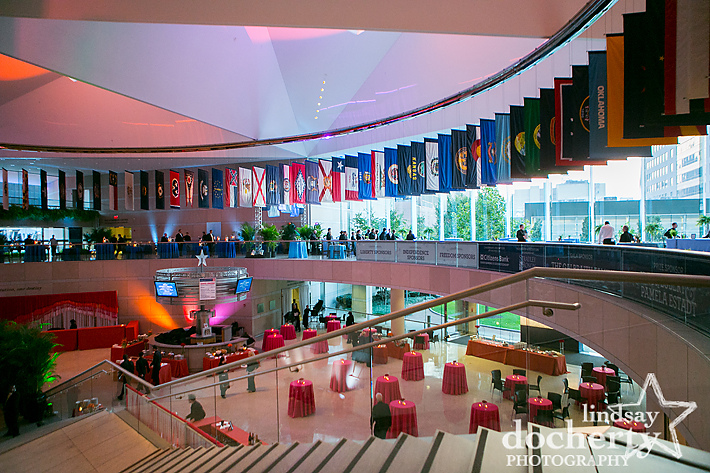 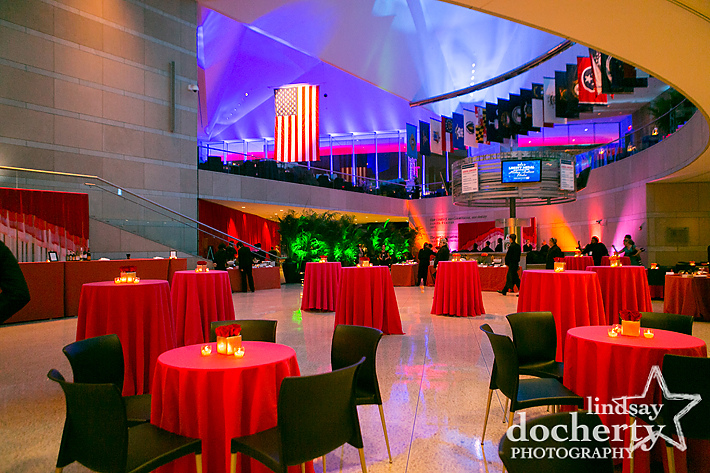 Upstairs was awash in blues with the VIP section of “pod” areas defined by ombre cardboard walls. I swear, there is no end to Judith’s creativity. 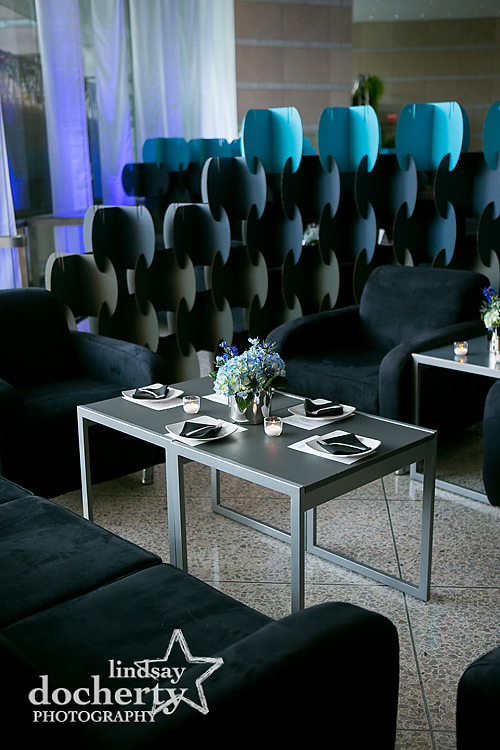 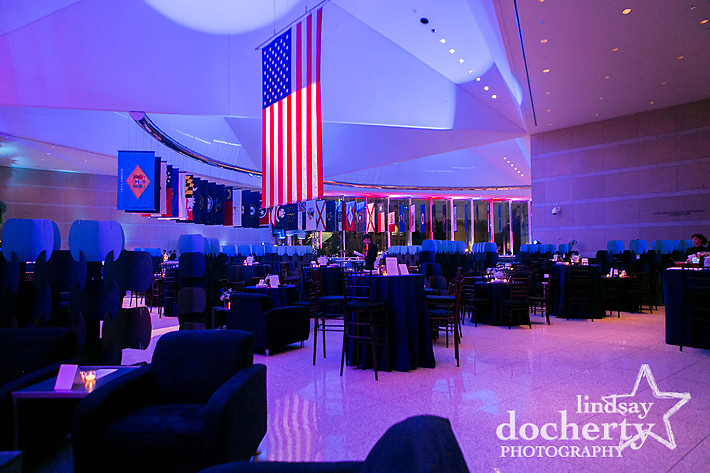 It was a stunning evening and such a thrill to be in the presence of Ms. Clinton. 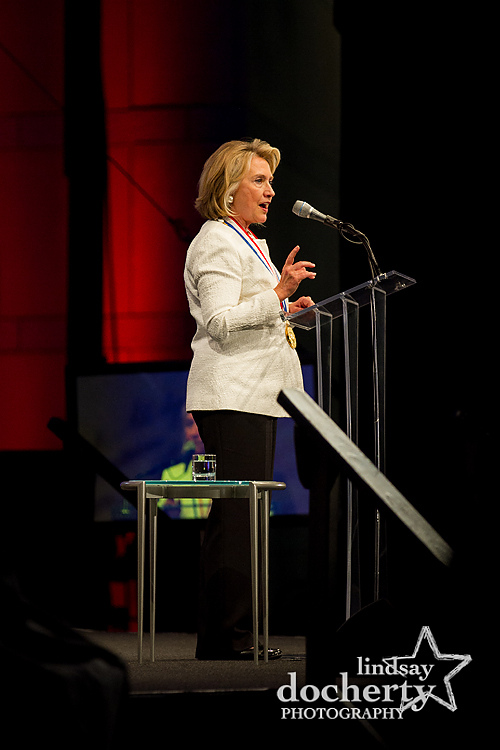 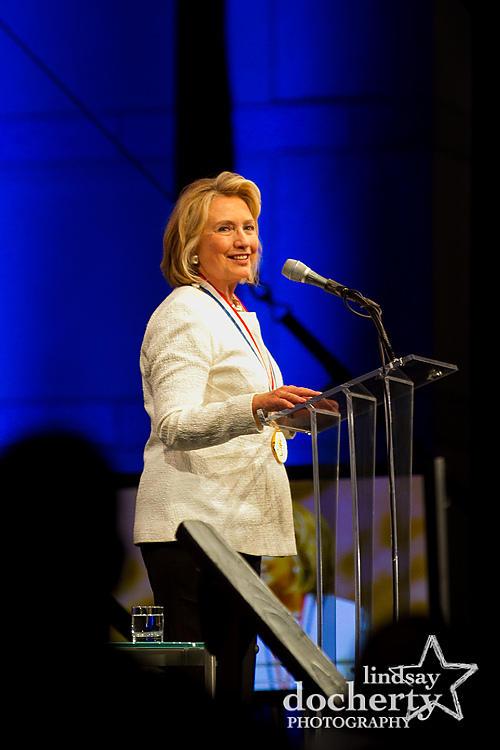 “The patriots who met at Philadelphia’s Independence Hall knew that in a democracy, citizens cannot sit on the sidelines, that we have to get into ‘the arena,’ as Teddy Roosevelt called it, and participate in the debates that shape our country’s future. Now, sometimes it can get pretty noisy, but that is the American way.”
~ Hillary Clinton 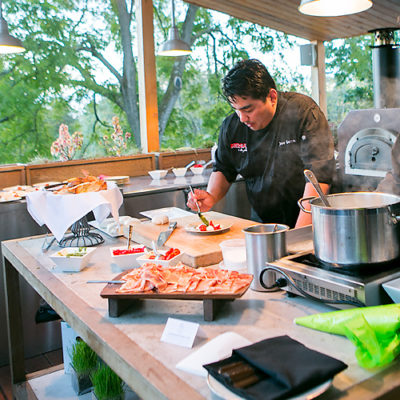 Last night I got to cover a private event at Jose Garces’ farm in Bucks County. There was an in-person food demonstration by the Iron Chef himself. It was gorgeous (and delicious).
Business September 27, 2013
September 27, 2013 ● Business
READ MORE 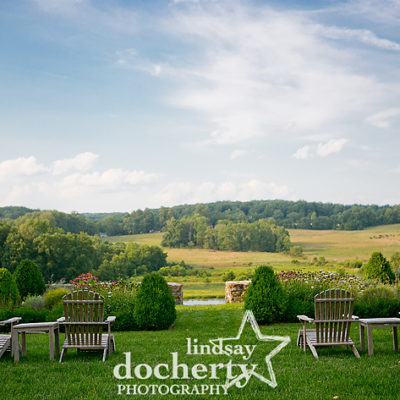 It doesn’t get any more “farm to table” than dinner this past Saturday night at Wyebrook Farm, a sprawling 300+ acre masterpiece of sustainable agriculture created by Dean Carlson. The farm prides itself on creating the best food and healthiest animals without artificial pesticides, fertilizers, herbicides, hormones, or antibiotics.A tour of the picturesque Chester County venue led to incredible, old stone buildings,lush and gorgeous landscaping with fig trees, a small vineyard, flowers, and yards,a market offering fresh meats, cheeses, and produce,a café with fresh, organic menu offeringsa beautiful stone garden with plants, flowers, and he ...
Business August 14, 2012
August 14, 2012 ● Business
READ MORE 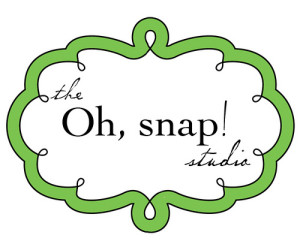 [the value of] the Oh, snap! Studio

I have been waiting to unveil this for sooooo long!Lindsay Docherty Photography presents (drumroll, please)…It’s like a photobooth but better. The Oh, snap! Studio is an open air, self-contained, mini studio that allows guests to have an absolute blast at your wedding without taking (too) much of a break from the dancefloor. This is not some cobbled together backdrop and tripping-hazard tripod that needs a babysitter nor a tiny box that fits 2 munchkins, at best. The Oh, snap! Studio is a sleek and professional setup that can fit a whole gaggle of people and works at just the press of a button. Let your group go free form or bring your ow ...
Business September 8, 2011
September 8, 2011 ● Business
READ MORE