Teresa and Andrew’s romance has been one incredible whirlwind! They both agree that it was something special from the beginning. They live in New York and met online (w00t!) in January, talked on the phone a bit and met up briefly the next night where she mentioned that she had never been to Philly. A few days later they were sharing their “first date” in a road trip together to the city of brotherly love! They stopped at JFK Plaza (aka Love Park) that day but Teresa didn’t feel it was quite right to have their picture taken in front of the LOVE statue. They spent the day wandering around, getting cheesesteaks, and then heading back.

Fast forward to the other week… Andrew takes Teresa back to Philly under the guise that they were going to a picnic for a friend. She had even bought ingredients for some dishes but was convinced not to deal with it.

Andrew knows her so well – Teresa suggested that they go back to Love Park. This was exactly where Andrew had set me up to be for him to bring her back to where it all began and pop the question. Love Park being what it is, there was a guy there hustling people to take their picture. How classically Love Park! 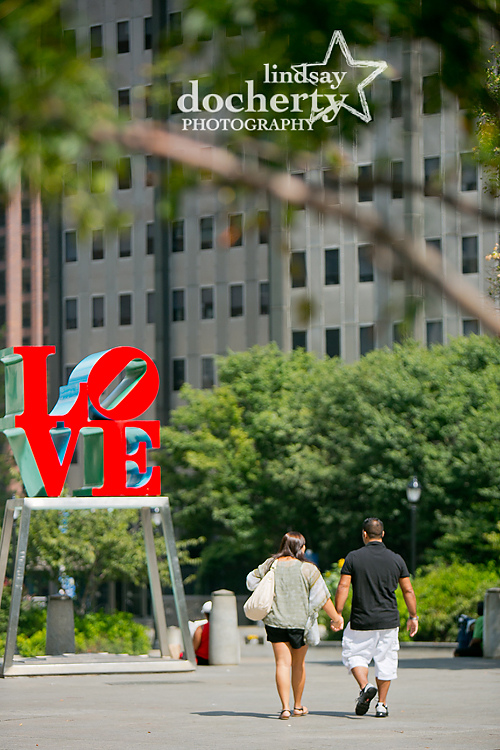 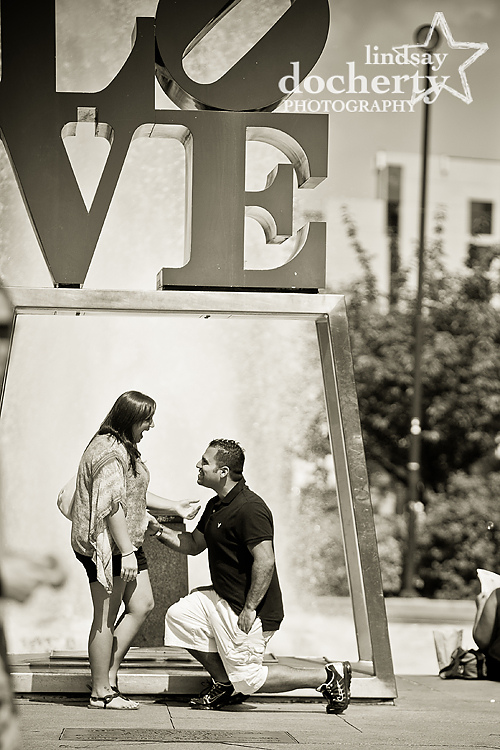 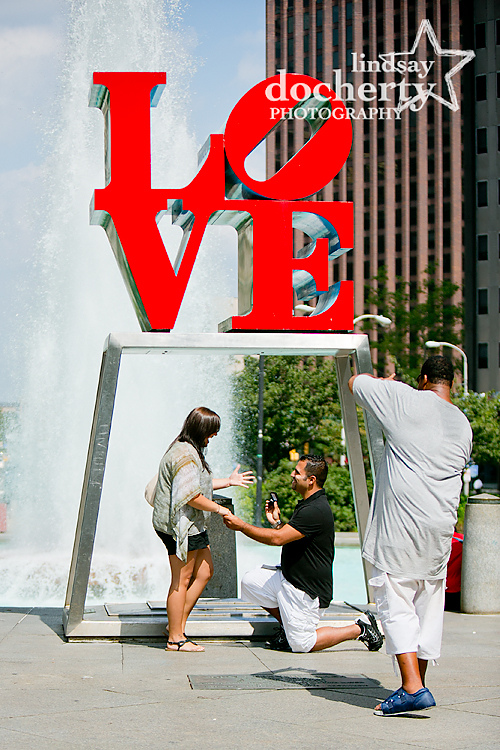 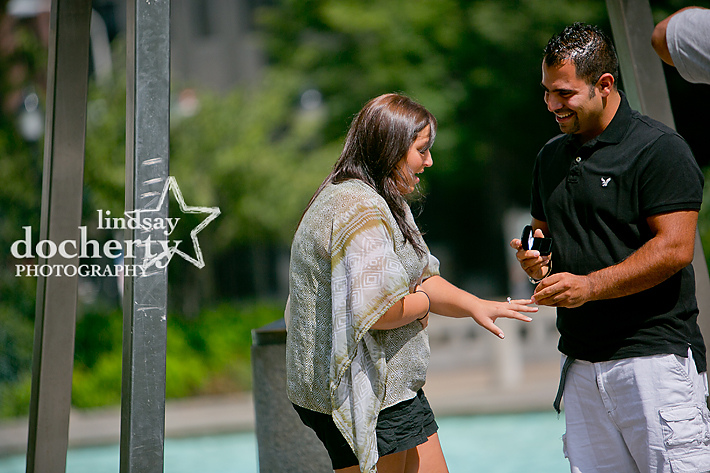 She was totally surprised! Throughout the shoot, she kept saying, “I’m engaged…  I’m engaged!!!” 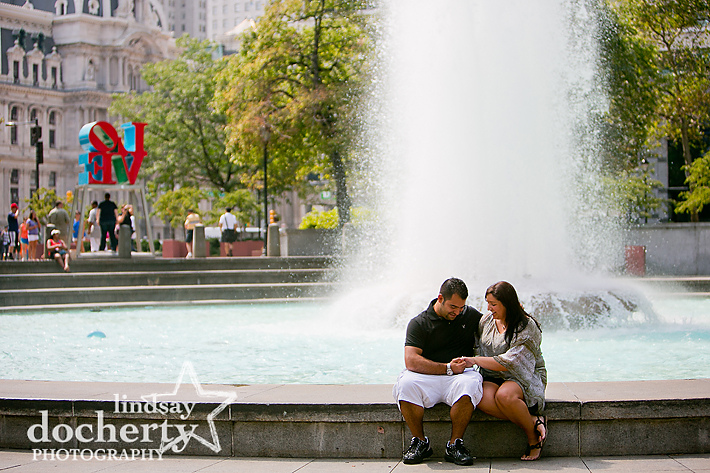 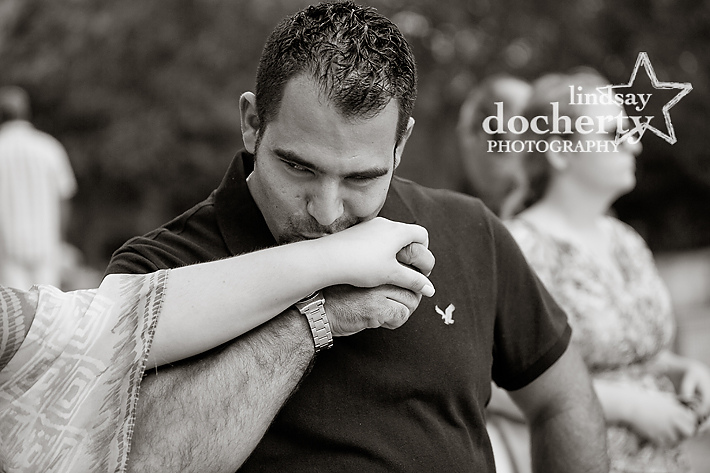 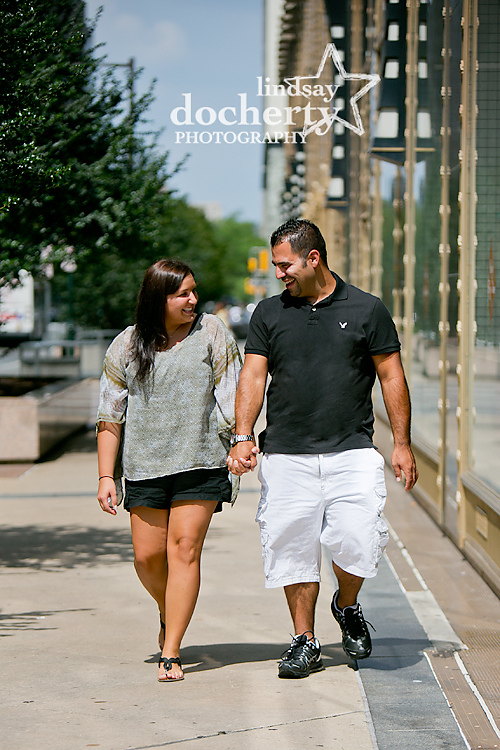 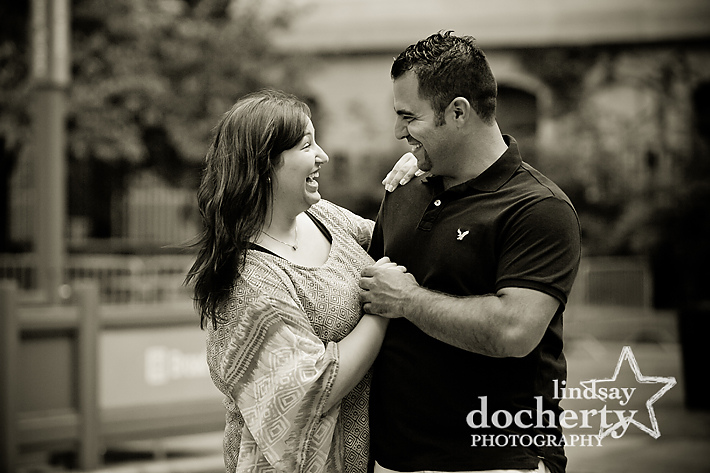 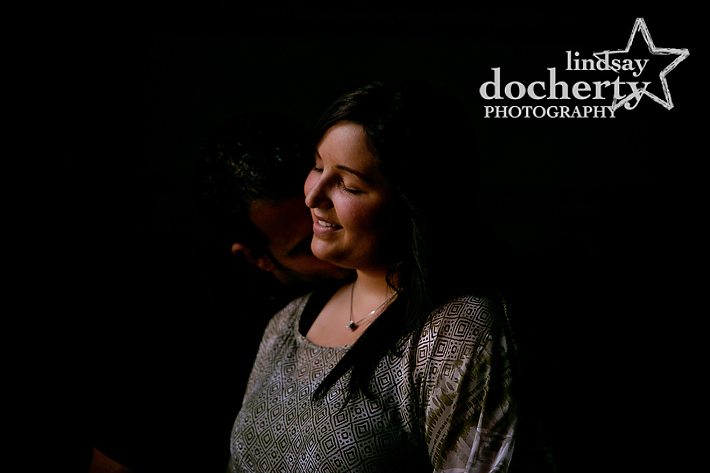 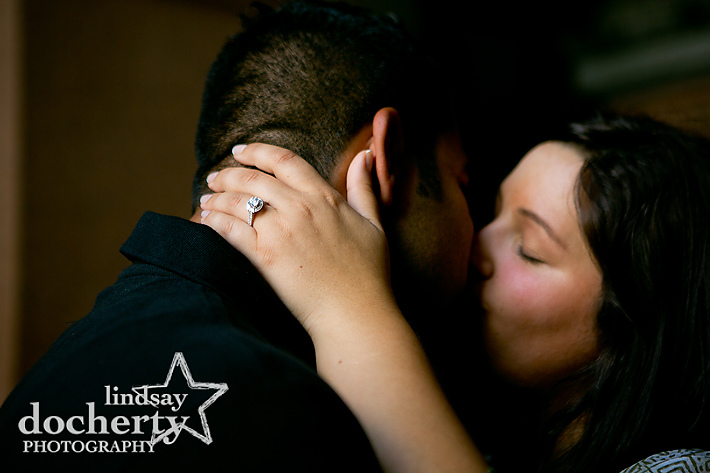 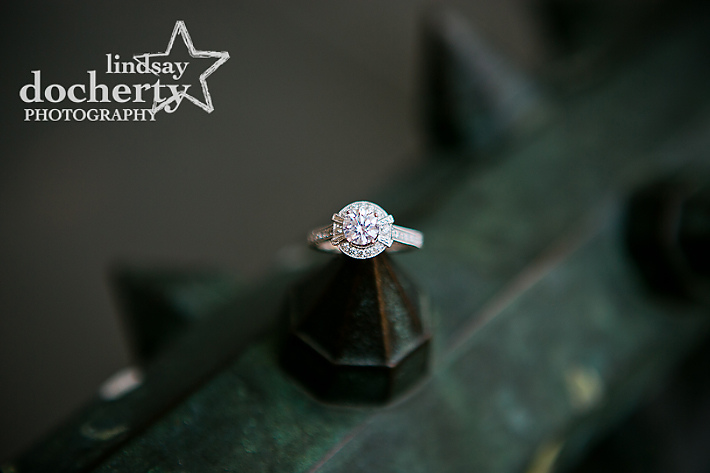 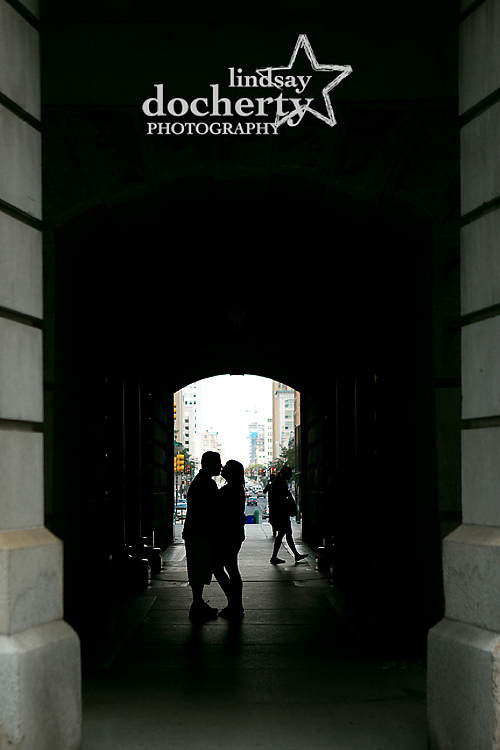 I had such a blast. Proposal shoots just thrilling and I jump at the chance every single time. The proposal and the time immediately following are just electric. Teresa and Andrew, congratulations! Thank you so much for including me in something so special and amazing! 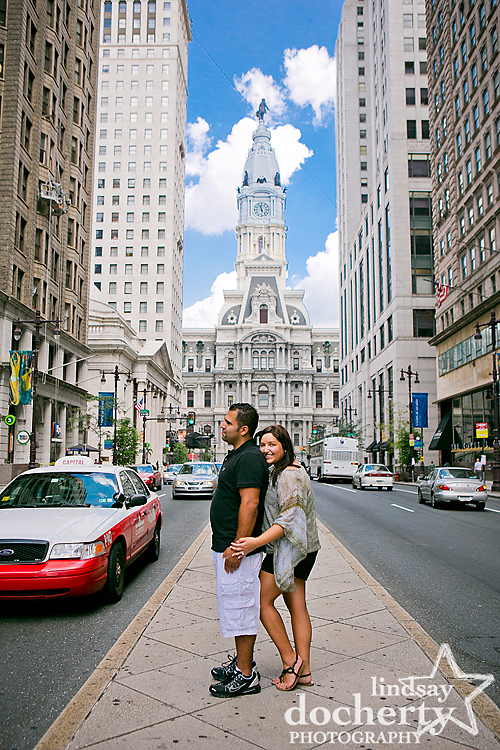 “I love you without knowing how, or when, or from where. I love you simply, without problems or pride: I love you in this way because I do not know any other way of loving but this, in which there is no I or you, so intimate that your hand upon my chest is my hand, so intimate that when I fall asleep your eyes close.”
~ Pablo Neruda 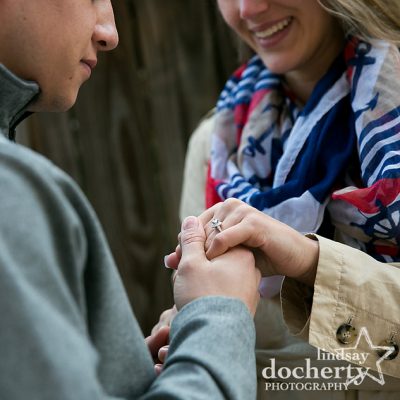 Why do my shoots fall on crazy blizzard days instead of the crazy tropical days that precede them?  Whatever the reason, the chilly weather gets my couples to snuggle a little tighter and laugh with the right amount of shiver in their smiles.  This was the certainly the case last Friday when I got to be sneaky and photograph Lake’s proposal to Skyler at Philadelphia’s Magic Gardens. With the cold weather and having checked off so much already that day, Lake’s mom texted me to move the shoot up.  I was already driving around the area and got myself ready. As planned, Lake and Skyler came down the steps when Lake stopped and pulled ou ...
Engagement March 16, 2017
March 16, 2017 ● Engagement
READ MORE 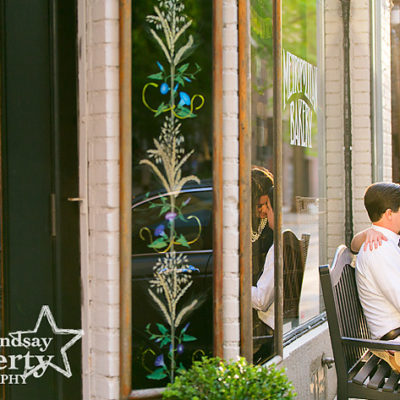 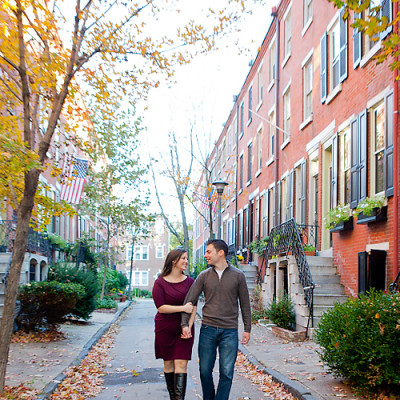