I could go on and on about Joanna and John for a very long while. About how he’s obviously enamored with her or how impressively fit they are (we’re talking crossfit, paleo fit) or how they’re all kisses and laughter together or how they love creating masterpieces in the kitchen with one another or how they simply rock. Because they do. Hard.

But I’d rather get you to the pictures from their engagement session around Philadelphia’s Queen Village/Bella Vista where they live. We had a fabulous time wandering around the streets and parks and basking in some of the most incredible light. 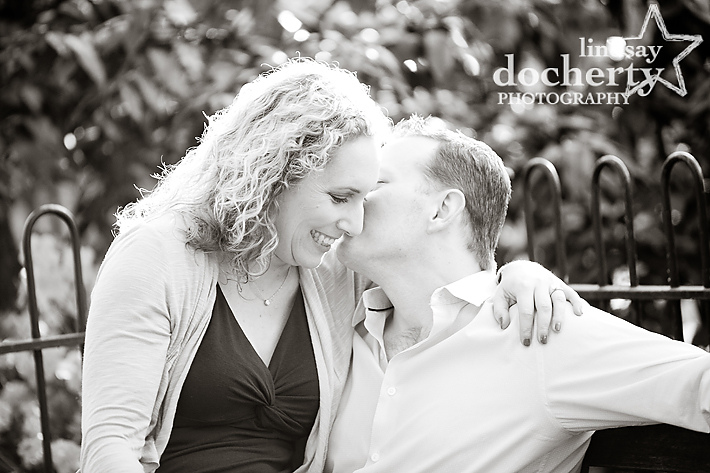 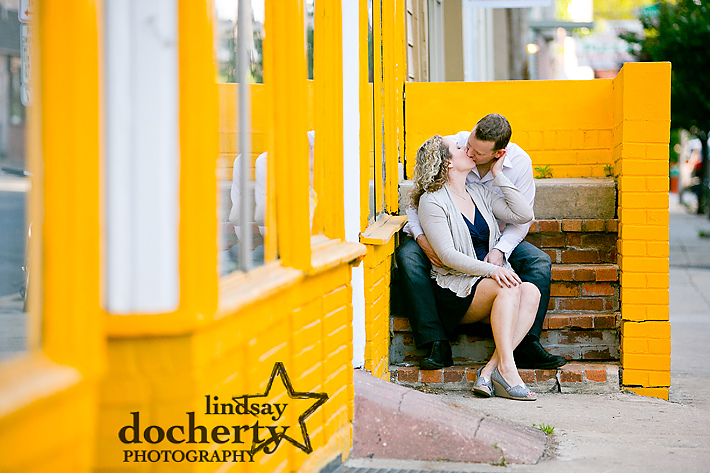 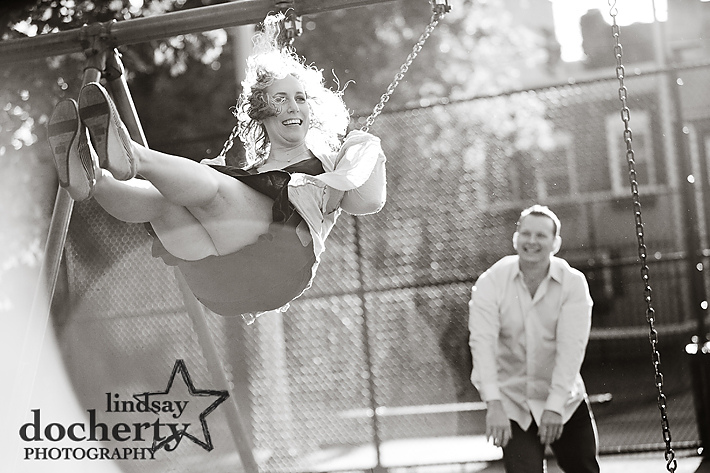 So the way these two met was interesting. Joanna is a nurse, John was a patient. He visited his and the doctor played matchmaker, only telling John that this mystery woman was someone from the office. Joanna had not been informed that this situation was going down. They met for their first date and hit it off. Obviously. 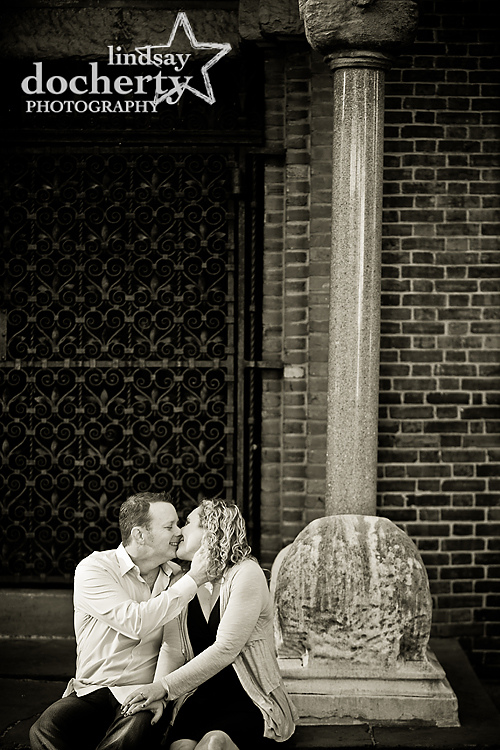 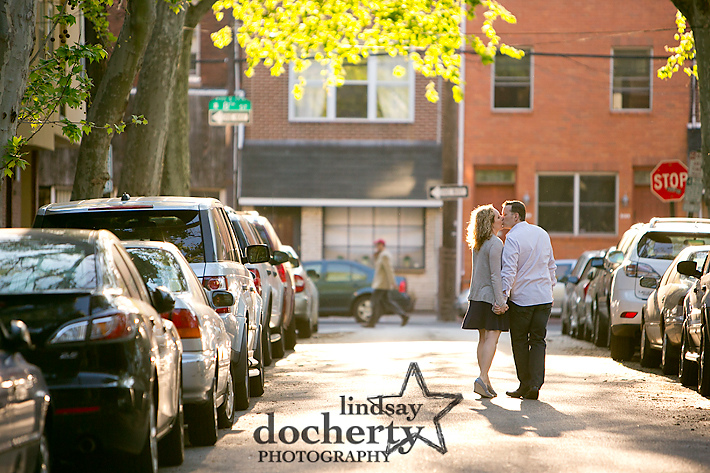 They looove being outdoors. Eight months into dating they were at Woodstock and wanted to get out and see something pretty. They found a nearby arboretum and drove up a windy road to the top of a hill and found a secluded grove. John got down on both knees and popped the question. 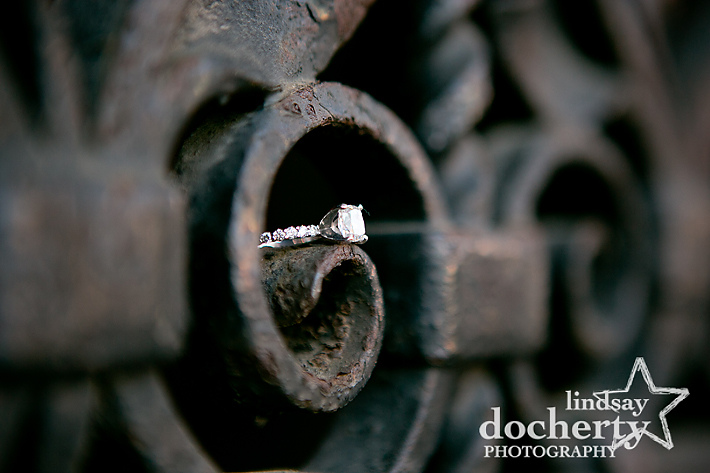 We did a quick change and played on. This neighborhood has such great stuff – textures, colors, light… 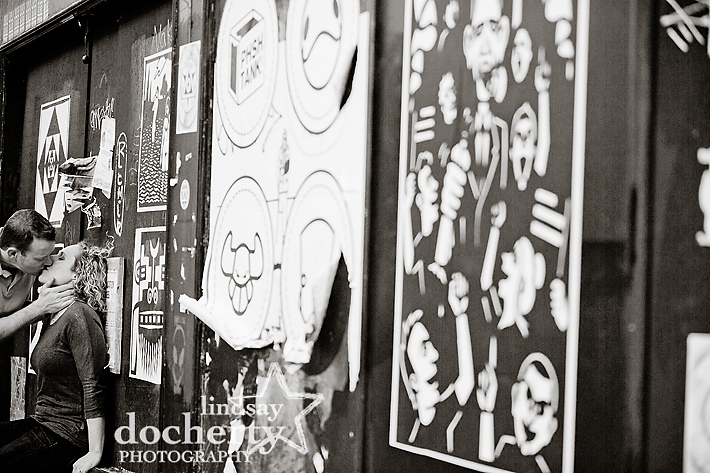 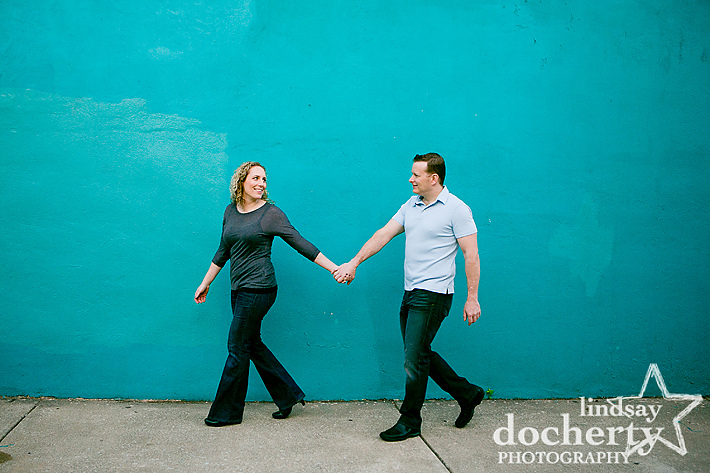 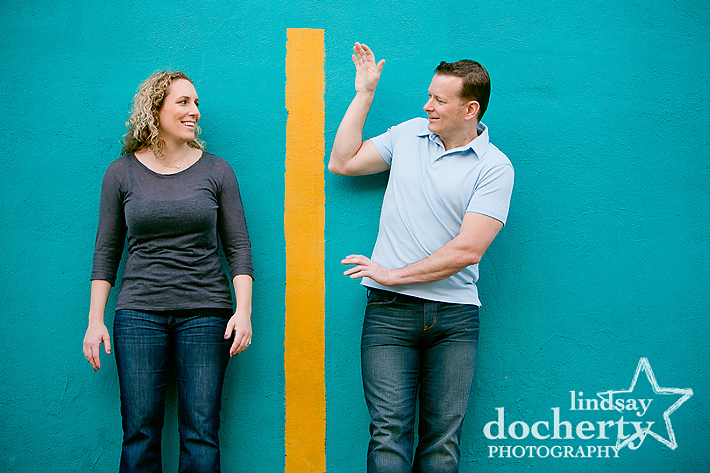 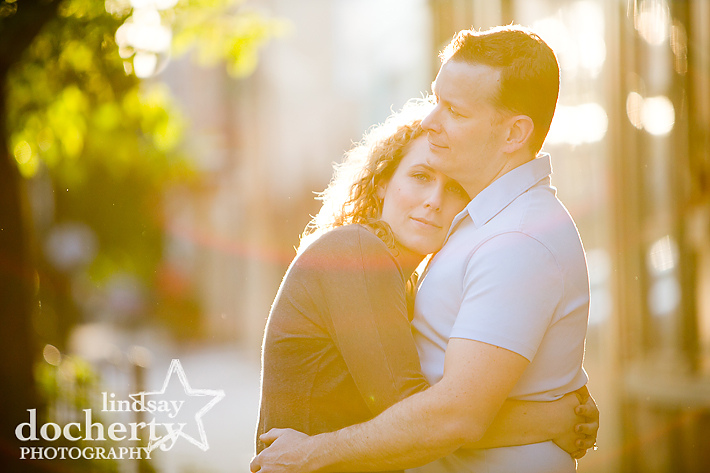 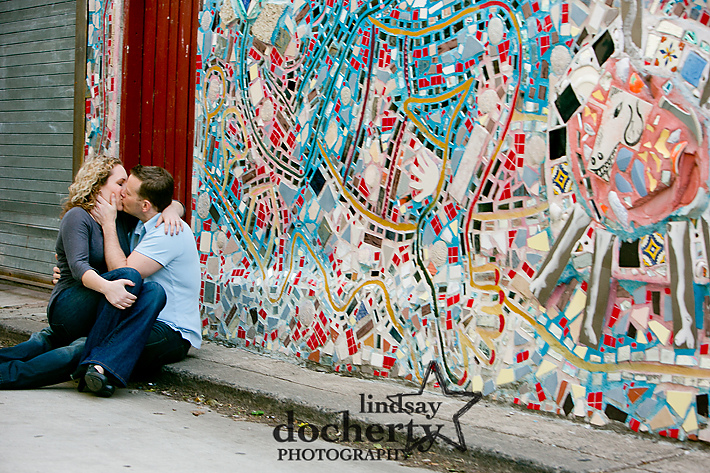 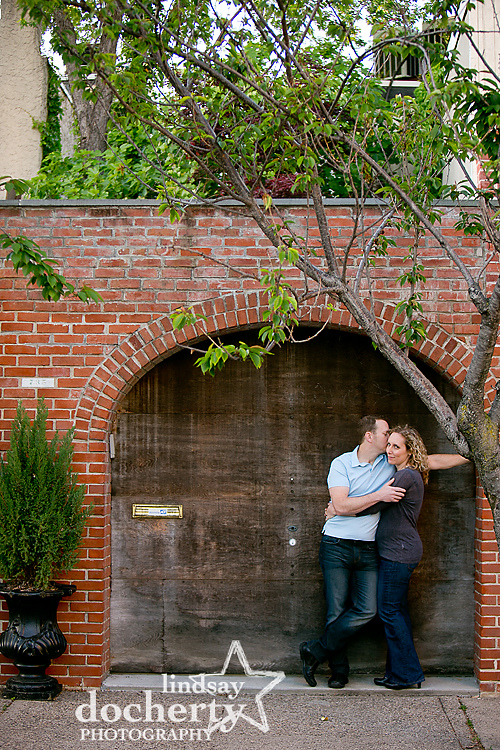 See, I told you – totally amazing. The day, the area, and them – Joanna and John – crazy for each other and just incredible people. I cannot wait for their wedding this September at Morris Arboretum. It will be stupendous! 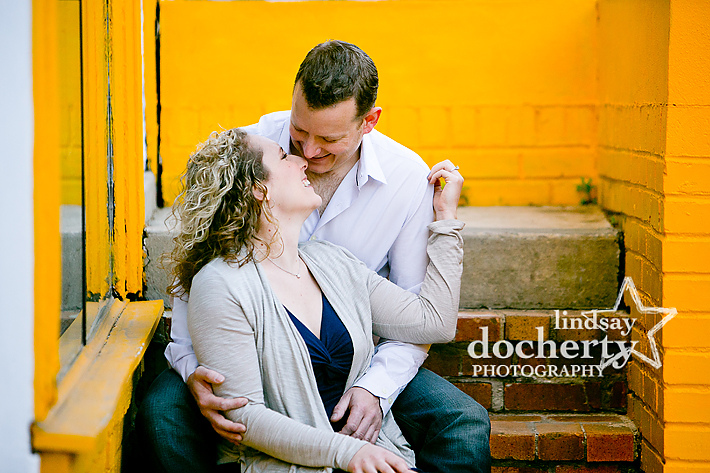 “Everything is clearer when you’re in love.”~ John Lennon 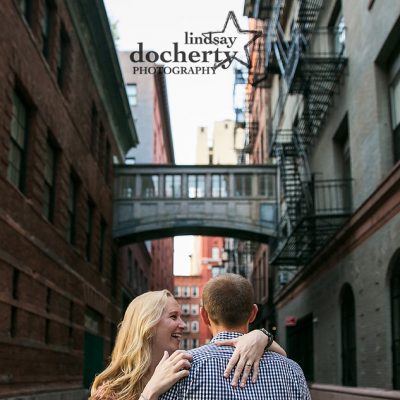 3 years ago, Dan showed up to his first date with Kat with a Barnes & Noble bag and four books.  He had a dimple and bright blue eyes.  Kat, an English major and writer, was done for. They will be getting married at Aldie Mansion this December but wanted their engagement session in the place they call home – Manhattan.  They traverse the area for comedy shows, restaurants, movies, and so had a million ideas for where their engagement session should take us. We began in Greenwich Village, taking advantage of cobblestone charm and a beautiful day. We strolled through Washington Square Park where I learned that Kat and D ...
Engagement September 20, 2018
September 20, 2018 ● Engagement
READ MORE 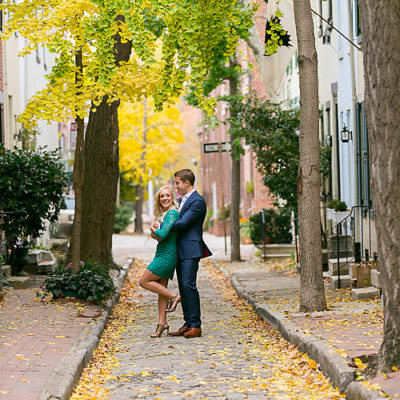 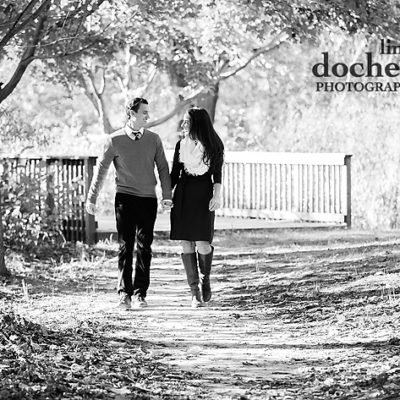 Kelly and I went back and forth over a location for her engagement session with Christian for a while. We debated the merits of so many locations and decided on Strawbridge Park in New Jersey. Had I known then what I know now, I would have just told her to show up at a trash heap and we’d still create awesomeness (hmmm… that could be cool…).They showed up with ideas, images that she liked, a change of clothes, and absolute magic. I could not be any more in love with the engagement pictures we got that day. They are so sweet and intimate, colorful and lovely. And sheesh, these two look like they walked out of a catalog for J. Crew!!!They ...
Engagement November 14, 2013
November 14, 2013 ● Engagement
READ MORE