Engagement sessions that are quirky and tie in a couple’s favorite things are THE BEST! I was 100% game when Angela and Davide posed the idea of doing their session in a coffee shop both sipping drinks and getting all barista-y in there. Davide worked as a barista in Italy and is a huuuuge java fan. The day of the shoot he played the role of the espresso and Angela was the cappuccino.

The folks at Café La Maude in Northern Liberties were so accommodating. It is an adorable French-inspired place that is so laid back with patrons who are obvious regulars. They were happy to let us play around inside the place so we jumped right in! 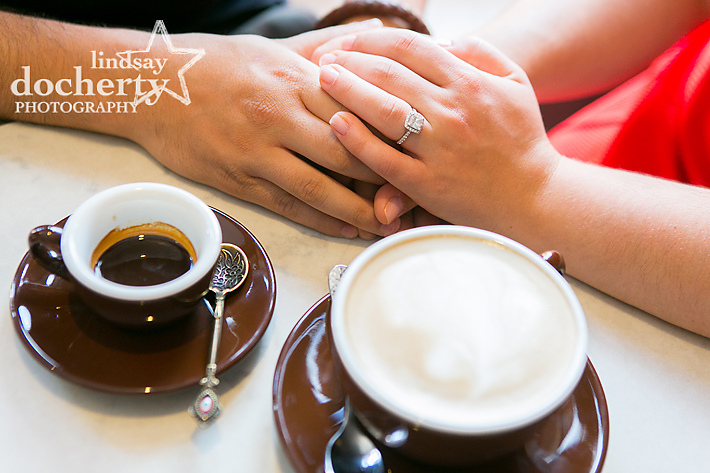 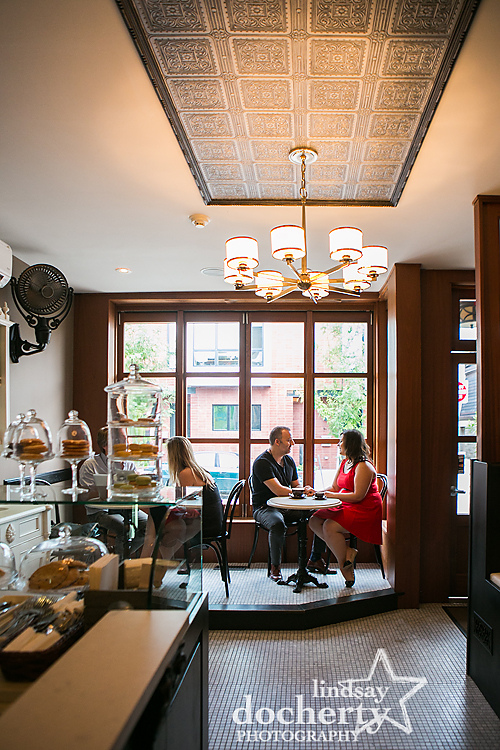 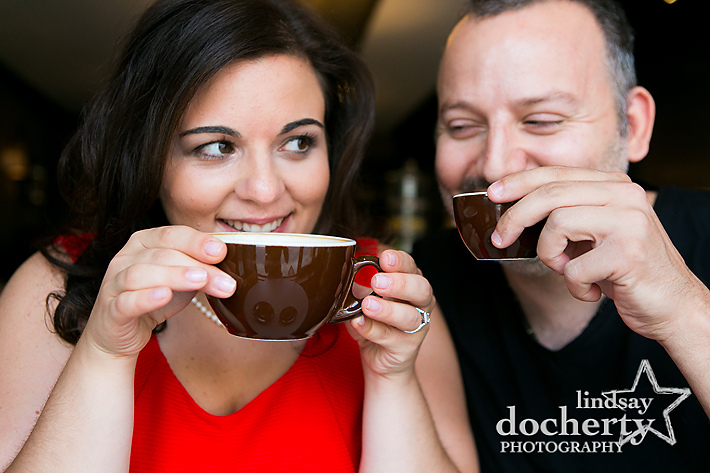 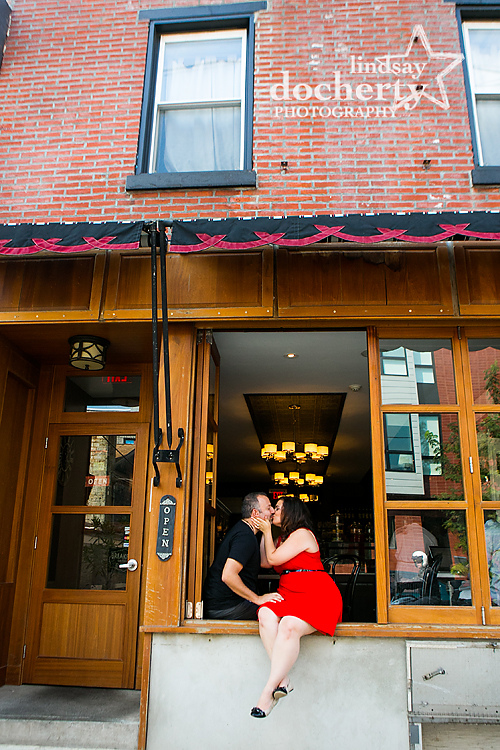 Davide showed us a few tricks of the trade (all of which went over my head since I’m a tea person – sacrilege, I know!). 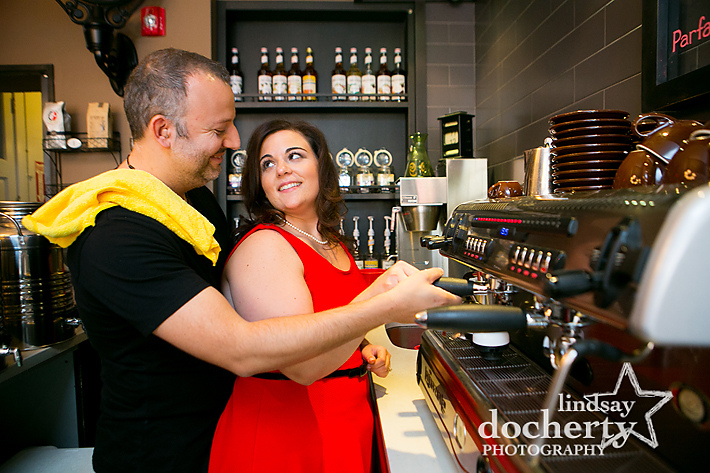 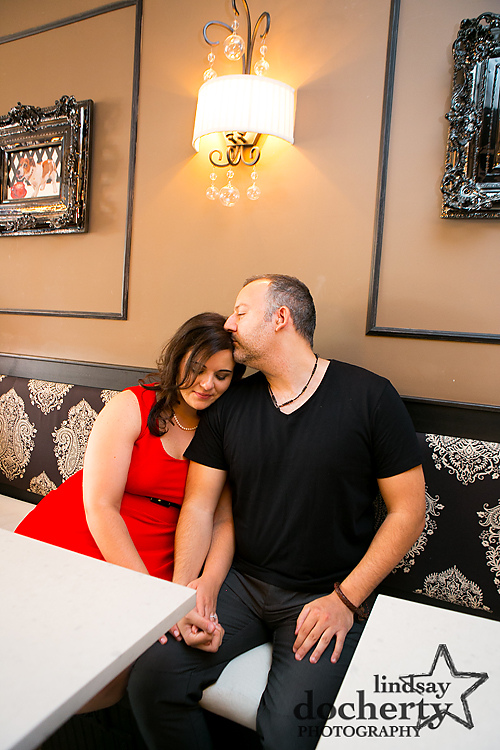 After getting caffeinated, we took the show outside. It was a beautiful day to wander the streets around NoLibs. 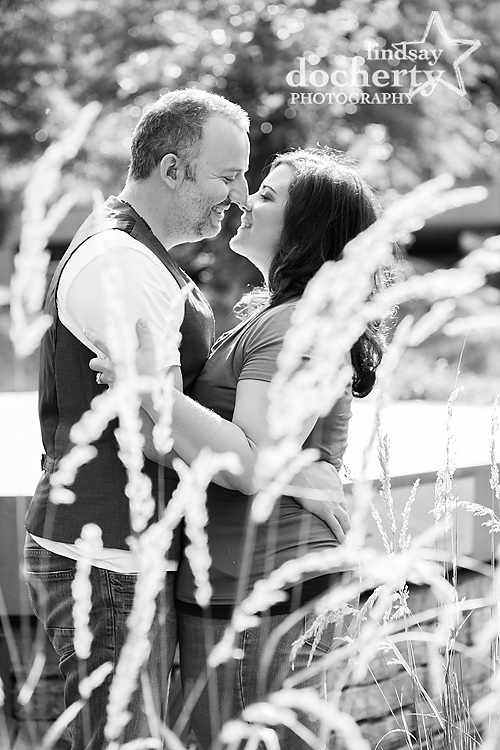 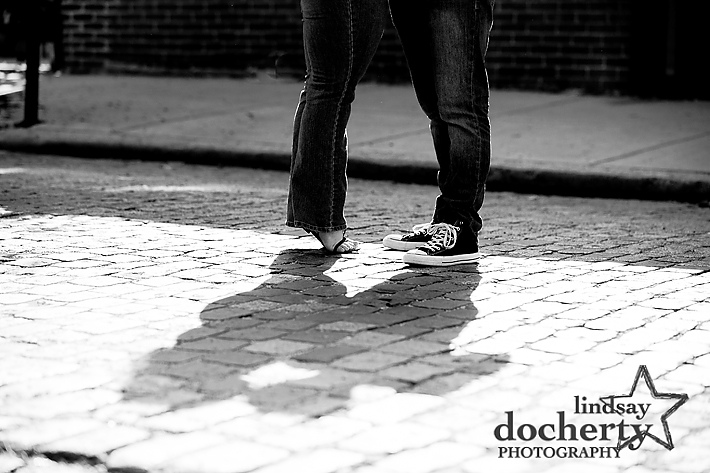 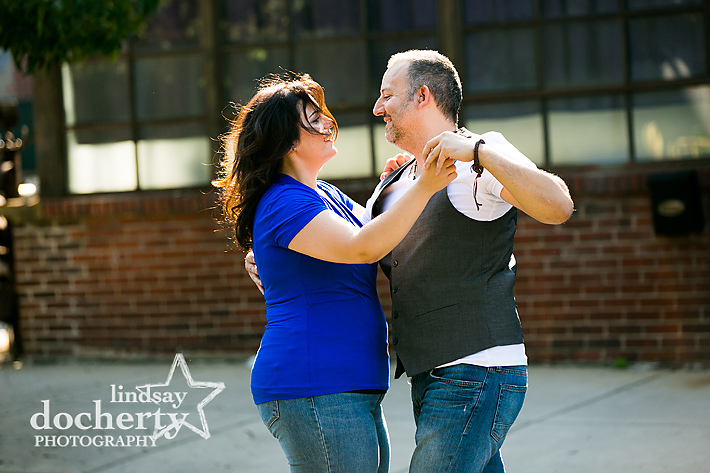 Their story is great. They met at a speed dating event that her cousin dragged her to. He was talked into going because they needed a few more guys. He started with “I’m a really big geek but I have a motorcycle so…” and she was hooked. 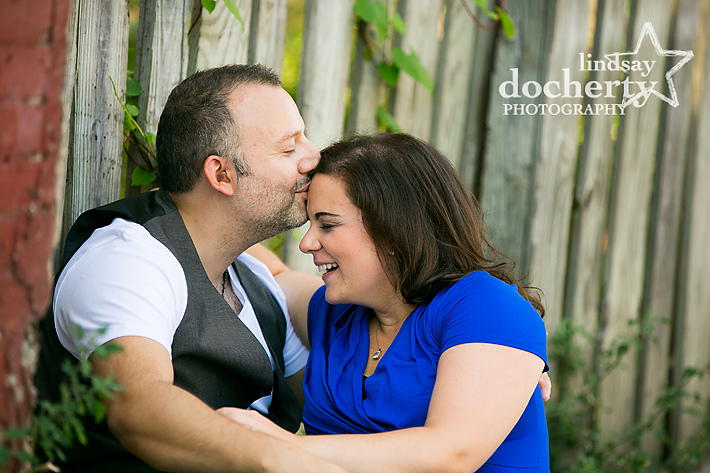 He proposed this May. They were “going to get coffee” (duh) and he used special mind tricks to get her to suggest a ride on his motorcycle, something he had intended all along. He took her to the overlook where they had their first kiss. 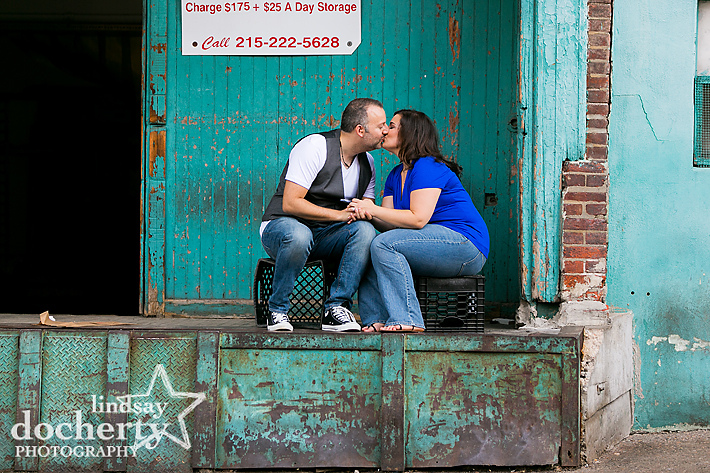 They go for a lot of walks in the city, hang out with their two doxies, and watch movies the way most people watch tv. 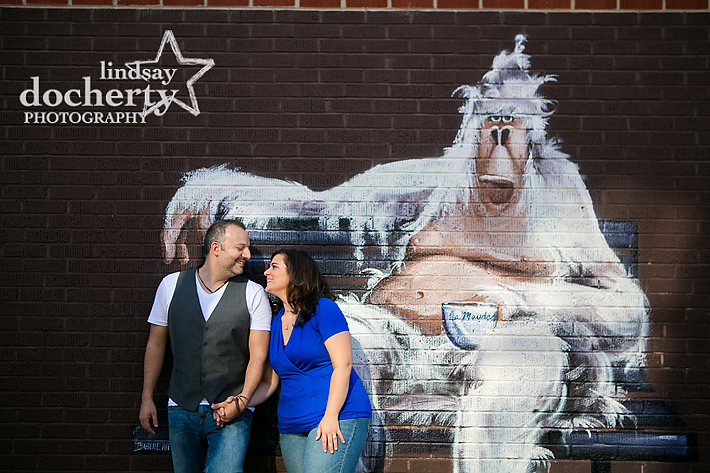 I am really looking forward to seeing them next year at their wedding at the beautiful Aldie Mansion in Doylestown. I have a sneaking suspicion it will filled with all kinds of quirk. 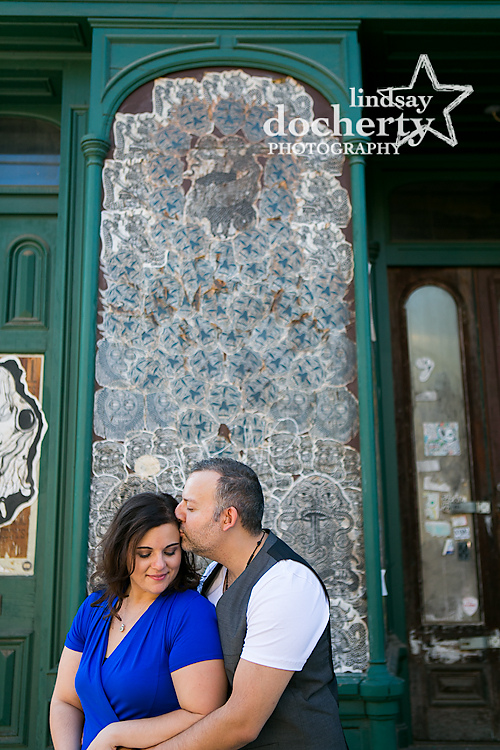 Scott: “There were times I was lost, and you found me.”
Jean: “There were days which were heavy, and you lightened my heart.”
Scott: “Though it all, since the day when we met, there was you for me, and me for you. That hasn’t changed. That will never change.”
Jean: “Times have been good, and times have been good, and times have been bad, and still, our love has endured and truimphed — I take Scott Summers to be my lawfully wedded husband.”
Scott: “I take Jean Grey to be my lawfully wedded wife.”
Both: “Through pain and passion, through sorrow and hope, though death and through life. No matter what tomorrow may bring, we will face it together.”
~ the wedding of Scott and Jean, X-Men #30 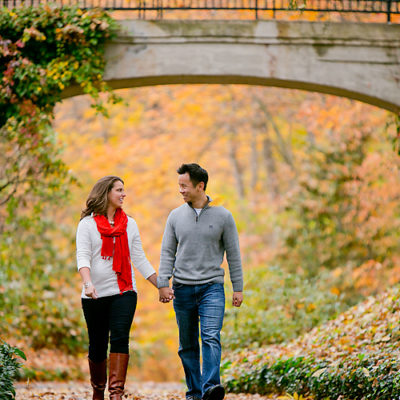 It was soooo great to see Jackie and Chang again. It had been far too long since her sister, Katie’s, wedding. Our jaws collectively dropped as we passed by this little path at Longwood Gardens the other day. The images that we got of the two of them are fantastic; just you wait!
Engagement November 3, 2012
November 3, 2012 ● Engagement
READ MORE 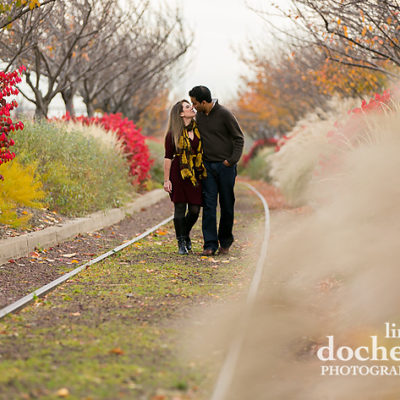 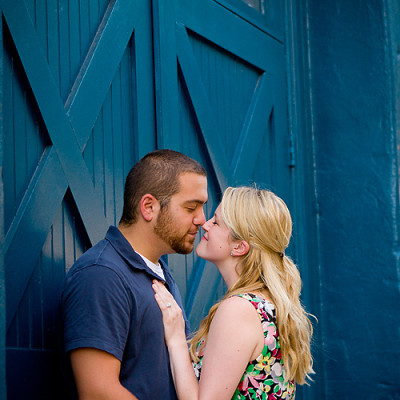 Do you have a zombie contingency plan? No? You'd better get on that asap. Matt and Julia do and they're awesome (and I'm not just saying that to secure a spot for the impending zombie apocalypse).These zombie-hating lovebirds met at the University of Delaware. He played rugby for the men's team; she played rugby for the women's team. He hollered at her from the sidelines at games and she fell for him. They are two utterly hilarious people. Matt is good at being fussy and cracking jokes and Julia is good at rolling her eyes at Matt. They play off of each other so well. They're partners in crime. They laugh. A lot. And it's magical. ...
Engagement August 11, 2010
August 11, 2010 ● Engagement
READ MORE