She didn’t even see it coming. Dave had convinced Kelly Anne a proposal was about a year away so she didn’t think much of it when they went into the city last week for lunch and then drove around parts of Philly for her to take pictures.

Kelly Anne is a burgeoning photographer; pictures are important to her. She’s the beautiful snow bunny I photographed last winter. Dave came to me knowing three things:

We brainstormed and scouted and came up with this hidden gem of a park on Kelly Drive. This piece of Fairmount Park was absolutely perfect! The plan was this: they’d happen to drive along Kelly Drive and Dave would point out this itty park along the side and exclaim, “Oh hey, that looks like it might be good. Let’s go check it out.” So they’d park and wander towards a particular tree where Kelly Anne would happen to see this: 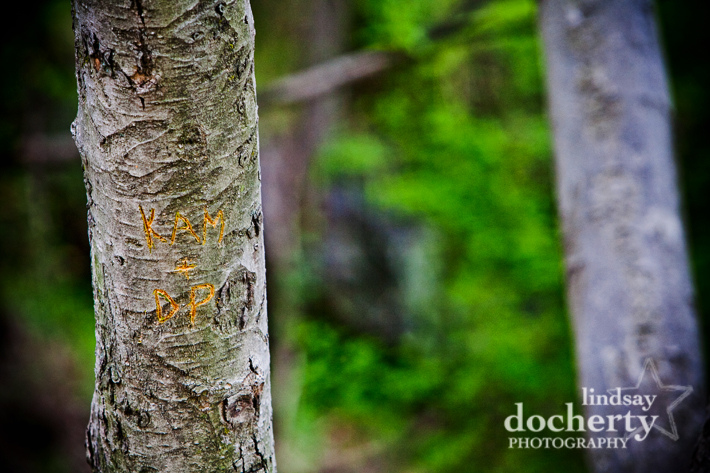 Then she’d turn around and see this: 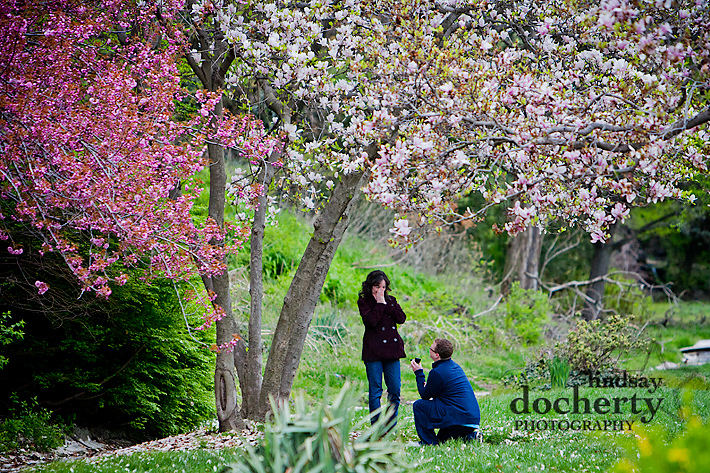 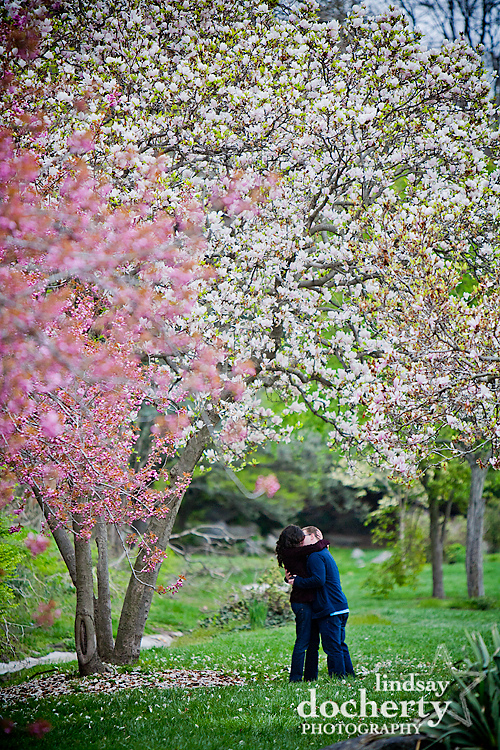 After some blissful moments of hugging and kissing she’d see me: 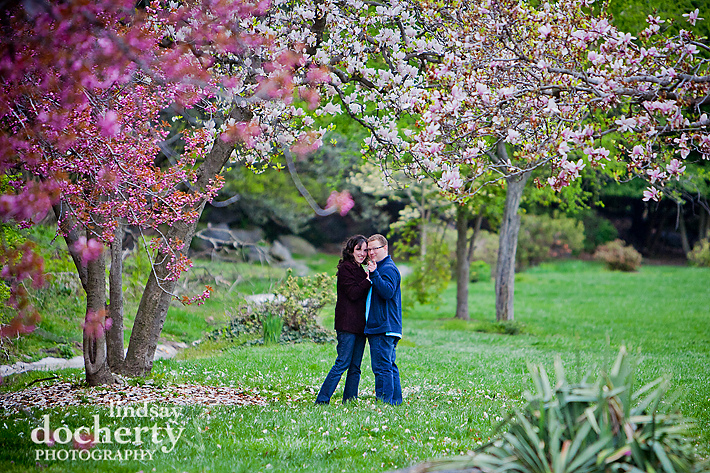 It was awesome. Completely and totally awesome. We wandered around the park a while afterwards for some pictures of the two of them. 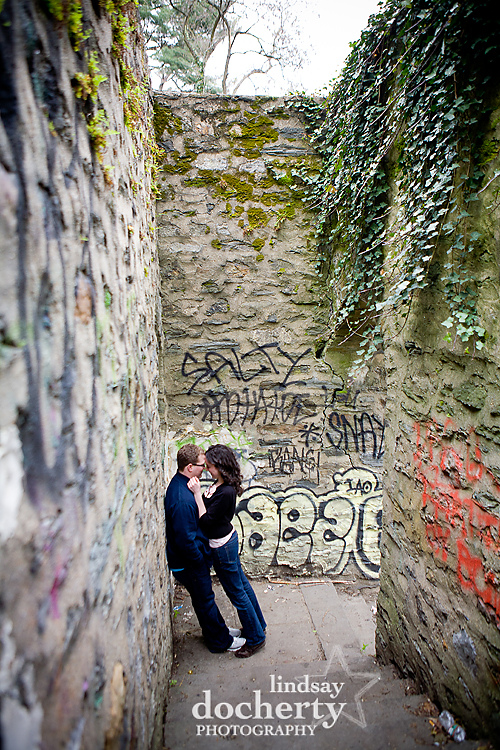 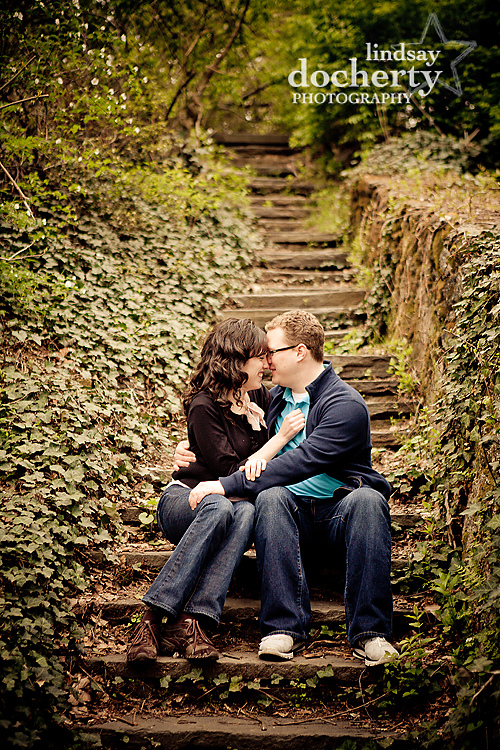 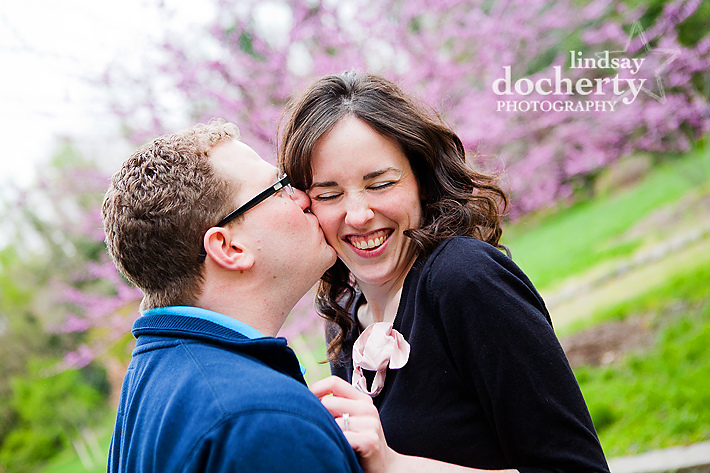 And sometimes Kelly Anne would realize that she just got engaged. 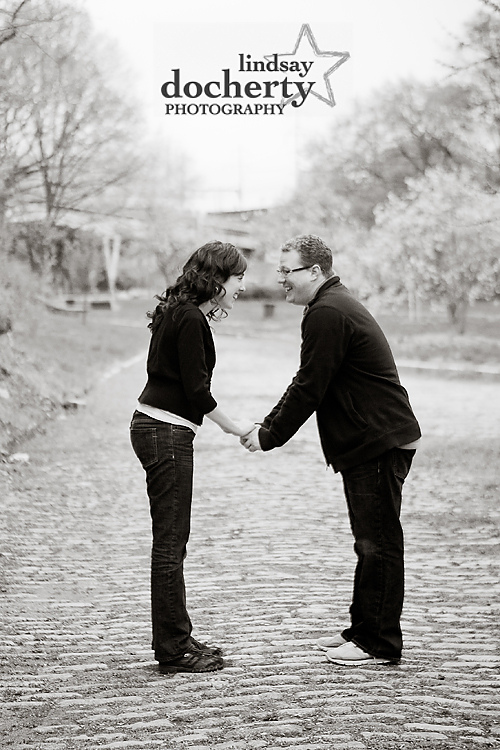 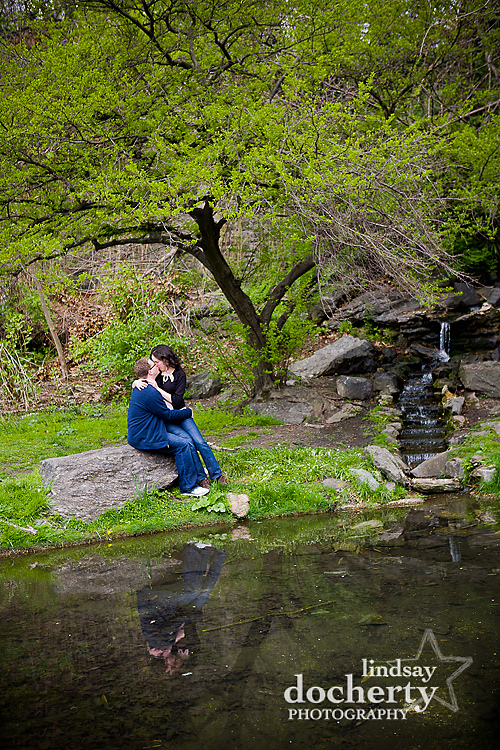 It was a blast. 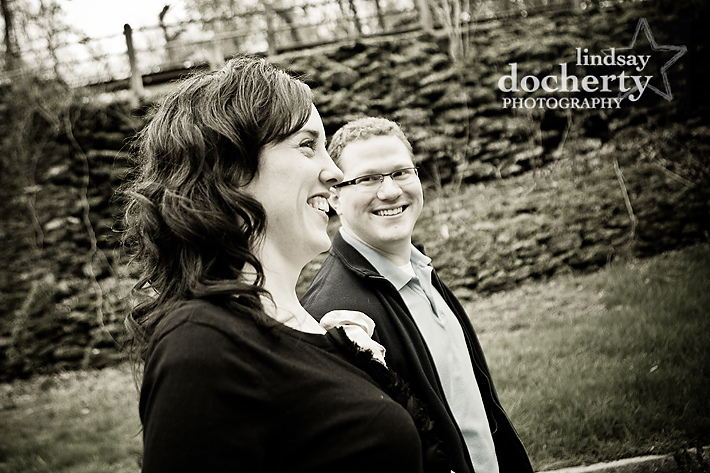 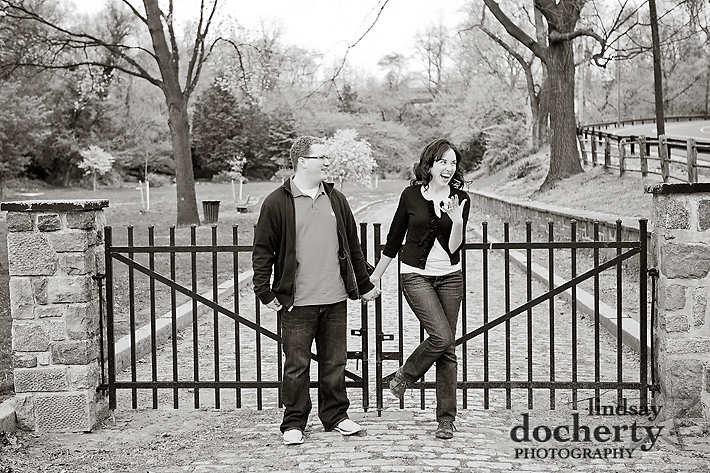 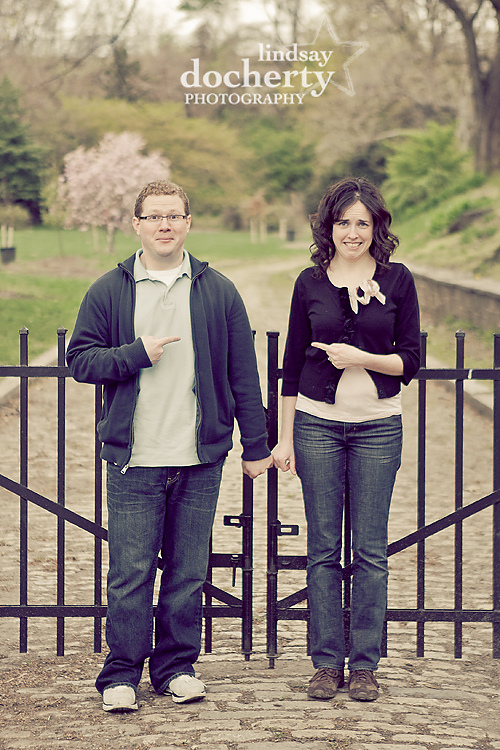 Congratulations times infinity, you two. So in lobe! 😉 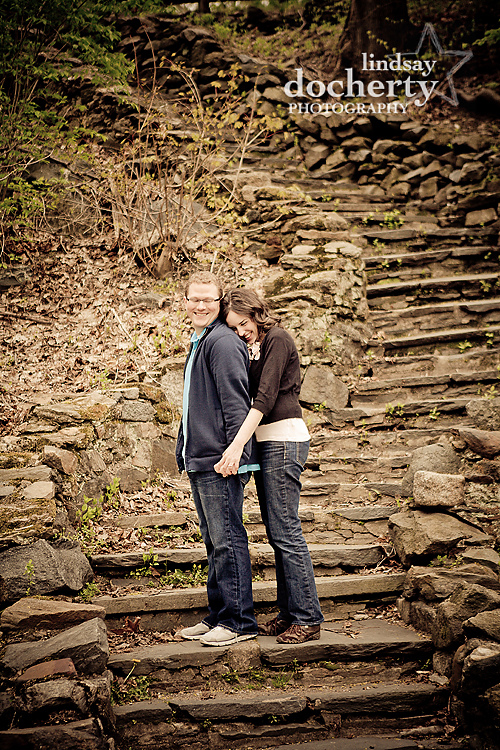 Nathan, no matter how terrible a fellow seems, you can never be sure that some girl won’t go for him. Take us.
~ Guys & Dolls

(Kelly Anne and Dave starred as Adelaide and Nathan in a local production of Guys and Dolls just a few weeks before. How great is that?) 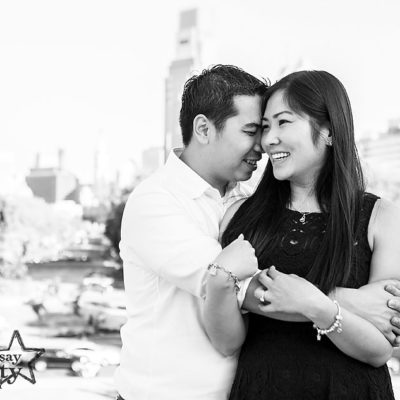 One has Bronchitis and the other sweetly pokes fun.  We had their engagement session right at the place he proposed.  More to come!
Engagement May 18, 2015
May 18, 2015 ● Engagement
READ MORE 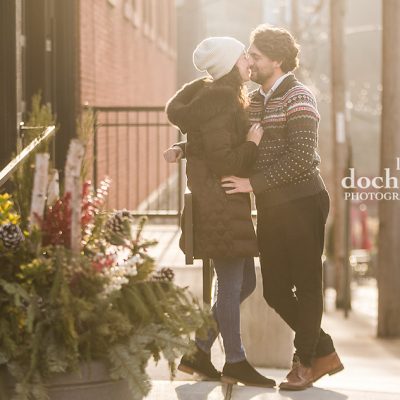 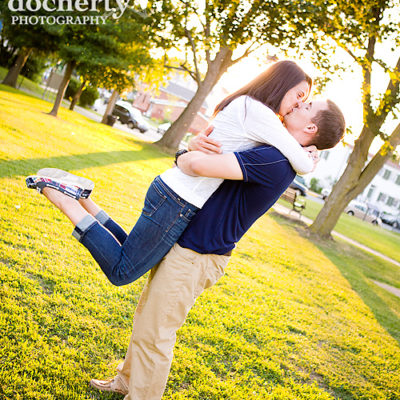 I got to spend a lot of time with Alyssa and Kyle last week in Maryland for their extended engagement session in Bel Air and Havre de Grace. Can’t wait to show you more pictures!
Engagement July 8, 2011
July 8, 2011 ● Engagement
READ MORE